Millions of white evangelical adults in the U.S. do not intend to get vaccinated against Covid-19. Tenets of faith and mistrust of science play a role; so does politics. 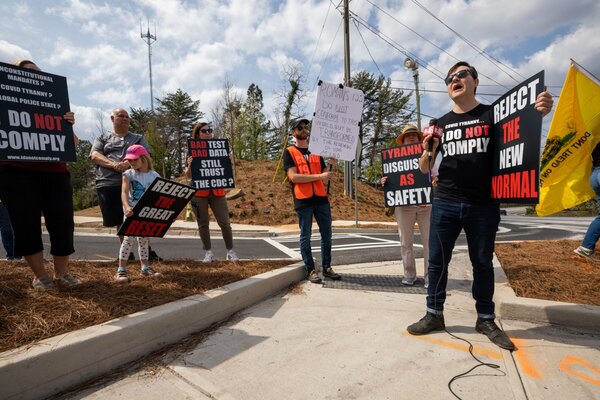 By Elizabeth Dias and Ruth Graham

Stephanie Nana, an evangelical Christian in Edmond, Okla., refused to get a Covid-19 vaccine because she believed it contained “aborted cell tissue.”

Nathan French, who leads a nondenominational ministry in Tacoma, Wash., said he received a divine message that God was the ultimate healer and deliverer: “The vaccine is not the savior.”

Lauri Armstrong, a Bible-believing nutritionist outside of Dallas, said she did not need the vaccine because God designed the body to heal itself, if given the right nutrients. More than that, she said, “It would be God’s will if I am here or if I am not here.”

The deeply held spiritual convictions or counterfactual arguments may vary. But across white evangelical America, reasons not to get vaccinated have spread as quickly as the virus that public health officials are hoping to overcome through herd immunity.

The opposition is rooted in a mix of religious faith and a longstanding wariness of mainstream science, and it is fueled by broader cultural distrust of institutions and gravitation to online conspiracy theories. The sheer size of the community poses a major problem for the country’s ability to recover from a pandemic that has resulted in the deaths of half a million Americans. And evangelical ideas and instincts have a way of spreading, even internationally.

There are about 41 million white evangelical adults in the U.S. About 45 percent said in late February that they would not get vaccinated against Covid-19, making them among the least likely demographic groups to do so, according to the Pew Research Center.

“If we can’t get a significant number of white evangelicals to come around on this, the pandemic is going to last much longer than it needs to,” said Jamie Aten, founder and executive director of the Humanitarian Disaster Institute at Wheaton College, an evangelical institution in Illinois.

As vaccines become more widely available, and as worrisome virus variants develop, the problem takes on new urgency. Significant numbers of Americans generally are resistant to getting vaccinated, but white evangelicals present unique challenges because of their complex web of moral, medical, and political objections. The challenge is further complicated by longstanding distrust between evangelicals and the scientific community.

“Would I say that all public health agencies have the information that they need to address their questions and concerns? Probably not,” said Dr. Julie Morita, the executive vice president of the Robert Wood Johnson Foundation and a former Chicago public health commissioner.

No clear data is available about vaccine hesitancy among evangelicals of other racial groups. But religious reasoning often spreads beyond white churches. 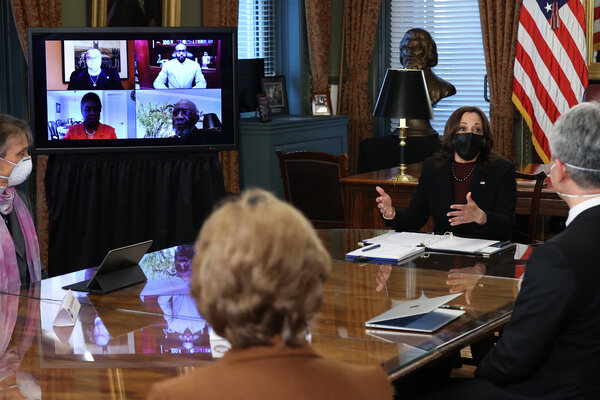 Many high-profile conservative pastors and institutional leaders have endorsed the vaccines. Franklin Graham told his 9.6 million Facebook followers that Jesus would advocate for vaccination. Pastor Robert Jeffress commended it from an anti-abortion perspective on Fox News. (“We talk about life inside the womb being a gift from God. Well, life outside the womb is a gift from God, too.”) The president of the Southern Baptist Convention, J.D. Greear, tweeted a photo of himself receiving a shot.

But other influential voices in the sprawling, trans-denominational movement, especially those who have gained their stature through media fame, have sown fears. Gene Bailey, the host of a prophecy-focused talk show on the Victory Channel, warned his audience in March that the government and “globalist entities” will “use bayonets and prisons to force a needle into your arm.” In a now-deleted TikTok post from an evangelical influencer’s account that has more than 900,000 followers, she dramatized being killed by authorities for refusing the vaccine.

New evidence shows coronavirus had spread to the West before Christmas