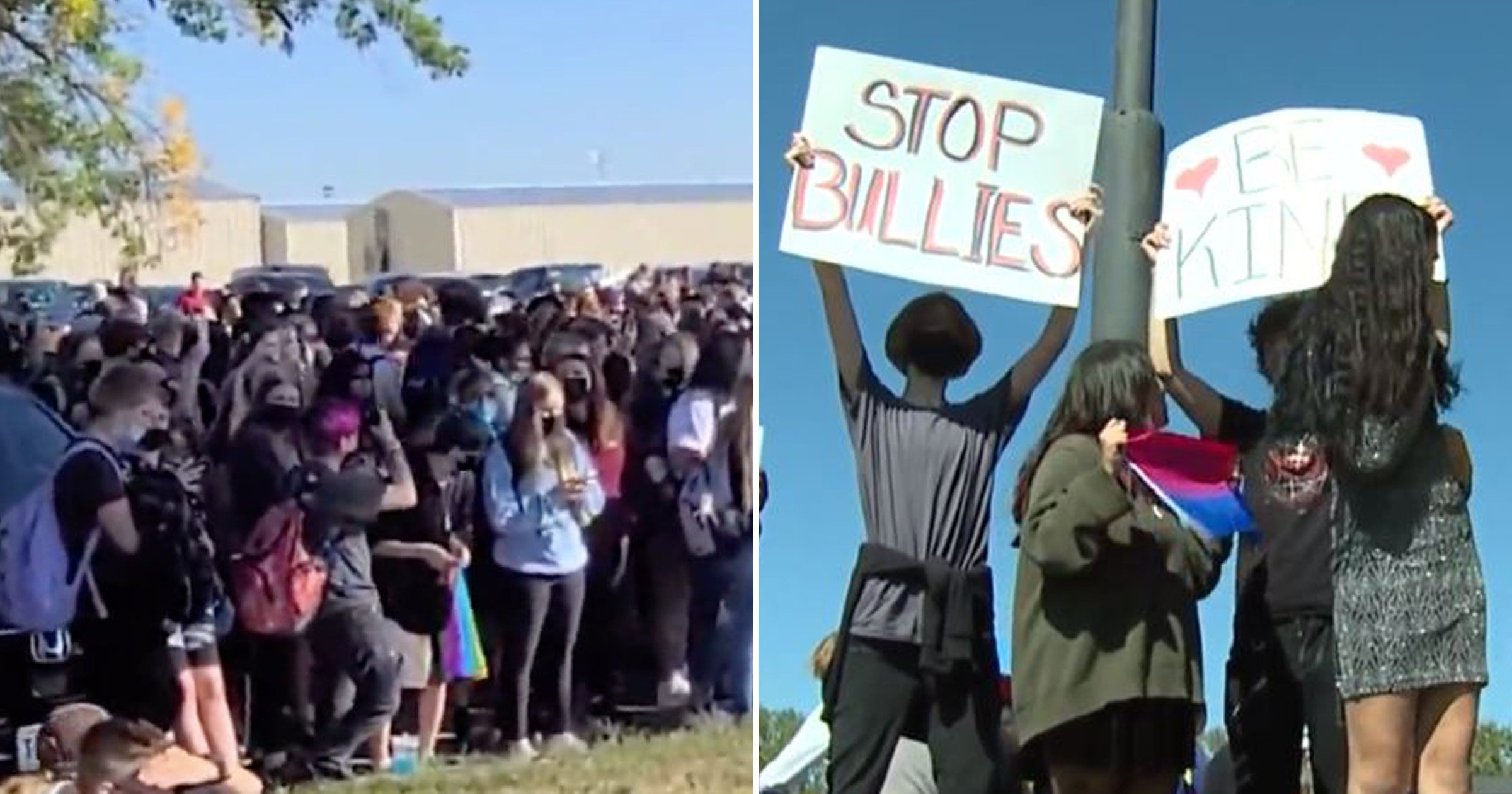 Hundreds of school pupils staged a protest over the treatment of a fellow student who was ‘bullied for months and assaulted’ for his sexuality.

Danny Lillis, a senior at Lee’s Summit High School in Kansas, Missouri, claimed he and his friends are being tormented by another group of students who routinely hurl food and hateful slurs at them.

In an interview with KSHB 41, he said the protests on Monday morning were about the school’s lack of action regarding the reported incidents.

The teenager added he had been the group’s target because he looks different from other students.

Melanie Davies, the mum of one of his friends, said: ‘Every single time that this happened, our kids have gone to student administration and reported it.

‘There is supposed to be a zero tolerance policy for bullying, but nobody is doing anything about it. They have not gotten the help that they needed.’

After weeks of harassment, Danny and his friends finally confronted the bullies on Wednesday last week, which resulted in a physical altercation on the school grounds leaving the teenager with cuts and bruises and Davies’ daughter with a broken nose.

But no teachers were present so the students themselves had to break up the fight.

As a result of the fight, Lillis said that everyone involved was given out-of-school suspension for five days.

This proved to be the final straw for ‘half of the school’, who marched defiant outside the grounds.

Twitter user @GamerboyHourz, who shared footage from the peaceful protest, said: ‘Had a walkout at school, a gay kid was bullied for months and assaulted last week.

‘All parties got suspended even though the victim had a broken nose. Half the school was out there.

A spokesperson said: ‘We support our students’ right to express their voice peacefully and are communicating with students about the best ways we can support them.

‘Lee’s Summit R-7 School District is committed to supporting and working together with students to address their concerns with fairness, dignity and respect.’

They added everyone in the school community ‘deserves to feel safe and welcome’, and that harassment or discrimination is strictly prohibited.