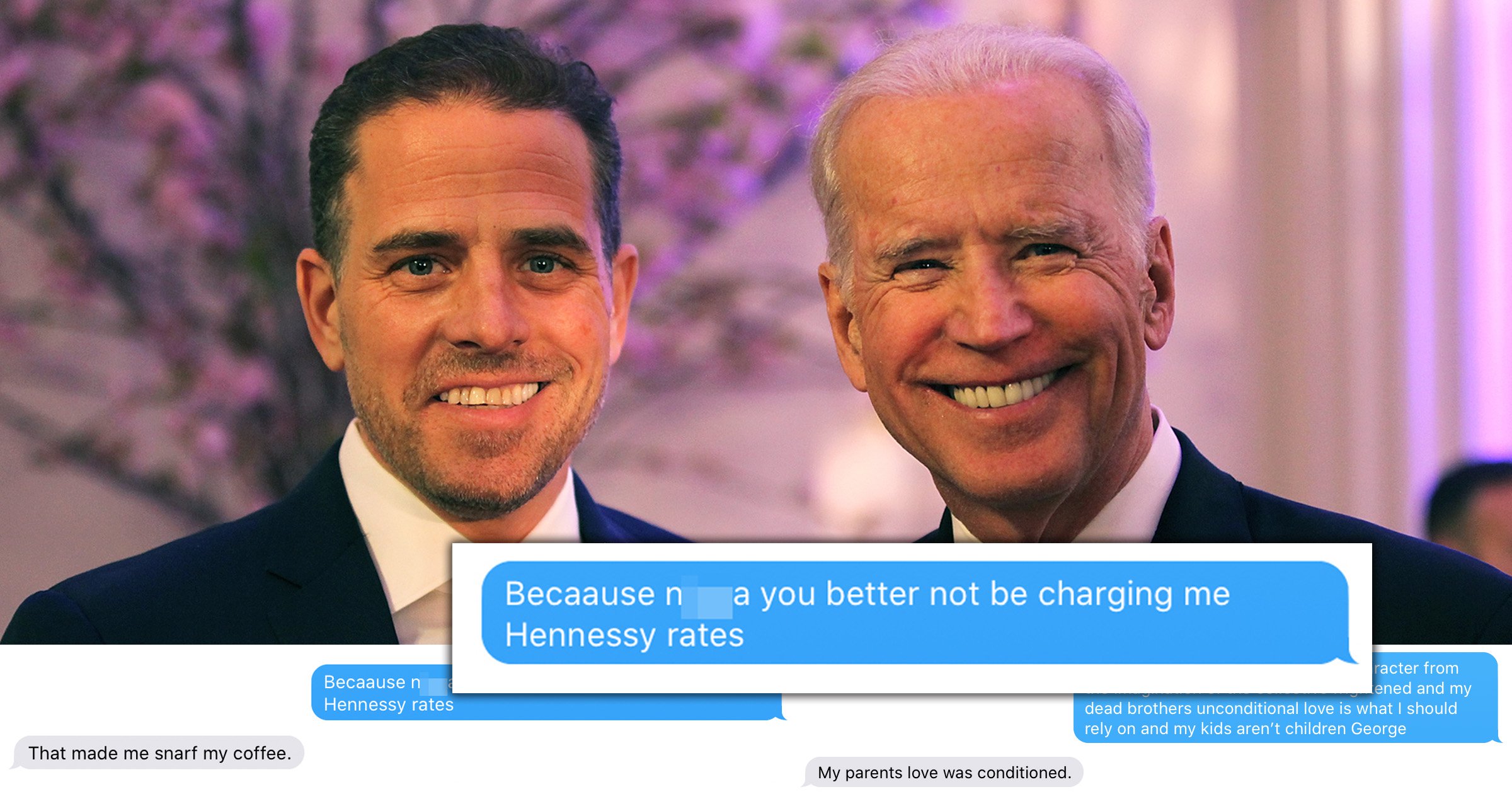 Joe Biden’s son Hunter allegedly called his white lawyer a ‘n***a’ and made several racial slurs towards him, text messages between the pair have revealed.

The 51-year-old told his corporate attorney, George Mesires, ‘I only love you because you’re black’ and said ‘true dat n***a’ in messages in January 2019, according to Dailymail.com.

The outlet’s uncovering of the messages comes as his father, president Biden, wages a war against racism in the US and has vowed to stamp out racial injustice during his time in office. Only a few days ago Biden delivered a speech, on the 100th anniversary of the Tulsa massacre, in which he denounced racism.

In another apparent text from father-of-five, Hunter to Mesires, he said: ‘how much money do I owe you. Because (sic) n***a you better not be charging me Hennessy rates.’

Mesires replied: ‘That made me snarf my coffee.’

Hunter added: ‘That’s what im saying ni…’, cutting off the racial slur mid-word, then texted a picture to Mesires.

The picture was not downloaded on Hunter’s laptop, from which the text exchange were recovered during the DailyMail.com investigation.

But Mesires replied: ‘Why are you so tan?’

‘I’m sorry for sexting you accidentally that was meant for another friend named Georgia,’ Hunter replied.

In the January text exchange, the two men were talking about philosophy and bantering with each other, the outlet claims.

Mesires said: ‘There are ideals of unconditional love that serve as proxies. I don’t have many. You. God.’

Hunter replied: ‘OMG n***a did you just a fictional character from the imagination of the collective frightened and my dead brothers unconditional love is what I should rely on and my kids aren’t children George.’

Mesires: ‘My parents love was conditioned.’

Hunter: ‘My penis as of late has been un conditional.’

Mesires: ‘That’s why we are searching.’

Mesires: ‘And we will always be searching.’

Hunter: ‘Its big penis George. They always find it. And I only love you because you’re black.’

Mesires: ‘It’s so annoying when you interject with frivolity.’

The revelation of the messages comes as Joe Biden attempts to heal the severely fractured race relations in the US.

In a speech last week on the 100th anniversary of the Tulsa massacre in which a white gang killed around 300 black people in Oklahoma, Joe Biden said he had come to ‘fill the silence’.

‘Some injustices are so heinous, so horrific, so grievous, they cannot be buried, no matter how hard people try’, he said.

‘Only with truth can come healing.’

Throughout his presidency so far Biden has pledged to help fight racism in policing following George Floyd’s death.

In an interview on NBC’s Today show in April, the president said he did not believe that the US was racist.

‘I don’t think America is racist’, he said.

‘but I think the overhang from all of the Jim Crow – and before that, slavery – have had a cost.

‘After 400 years African Americans have been left in a position where they’re so far behind the eight ball in terms of education, health—in terms of opportunity.

Neither Hunter Biden nor George Mesires responded to DailyMail.com’s request for comment, the outlet reported.