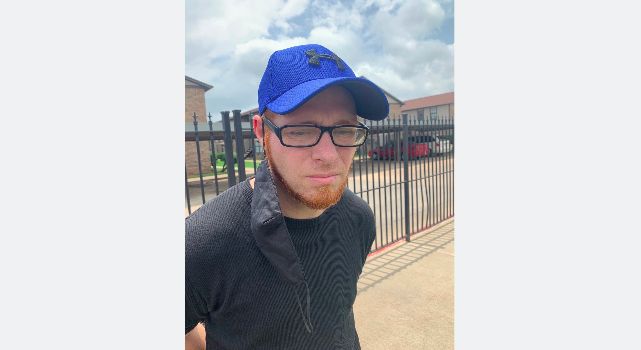 A man who allegedly faked his own death for six years in order to avoid criminal charges after attacking his wife with a hatchet has been arrested. Christopher Tomberlin, 37, was taken into custody without incident nearly 1,000 miles away from the scene of the crime.

Tomberlin is accused of threatening to kill his wife, then biting her hand and throwing a hatchet at her in 2015, The Macon Telegraph reported. The hatchet missed his wife and hit the door inside their home. At the time, Bib County sheriff’s deputies arrested Tomberlin and he was charged with aggravated assault, battery and terroristic threats.

However, Tomberlin upon his release pretended he was dead and fled Georgia, according to authorities.

Tomberlin lived in Oklahoma for at least two years and used several aliases to try to avoid getting caught, Andrew Joseph, the Chief Deputy US Marshal for the Western District told The Daily Mail on Friday. An anonymous caller tipped off officials about where he was staying.

‘That tip from a caller had information that indicated that Mr. Tomberlin was alive and residing in the Oklahoma City metro area,’ said Joseph.

Tomberlin was operating a tattoo shop from home and was ‘surprised’ when law enforcement officials knocked on his door.

‘Analysts from our Criminal Intelligence Unit worked diligently, and were able to piece together Tomberlin’s latest steps,’ the Oklahoma City Police Department said in a statement posted on Facebook.

The arrest comes after a multiple-week joint investigation by the police department’s violent crimes apprehension team and the US Marshals Service Metro Fugitive Task Force.

Tomberlin was put behind bars in Oklahoma City on Thursday but is set to be extradited to Georgia.