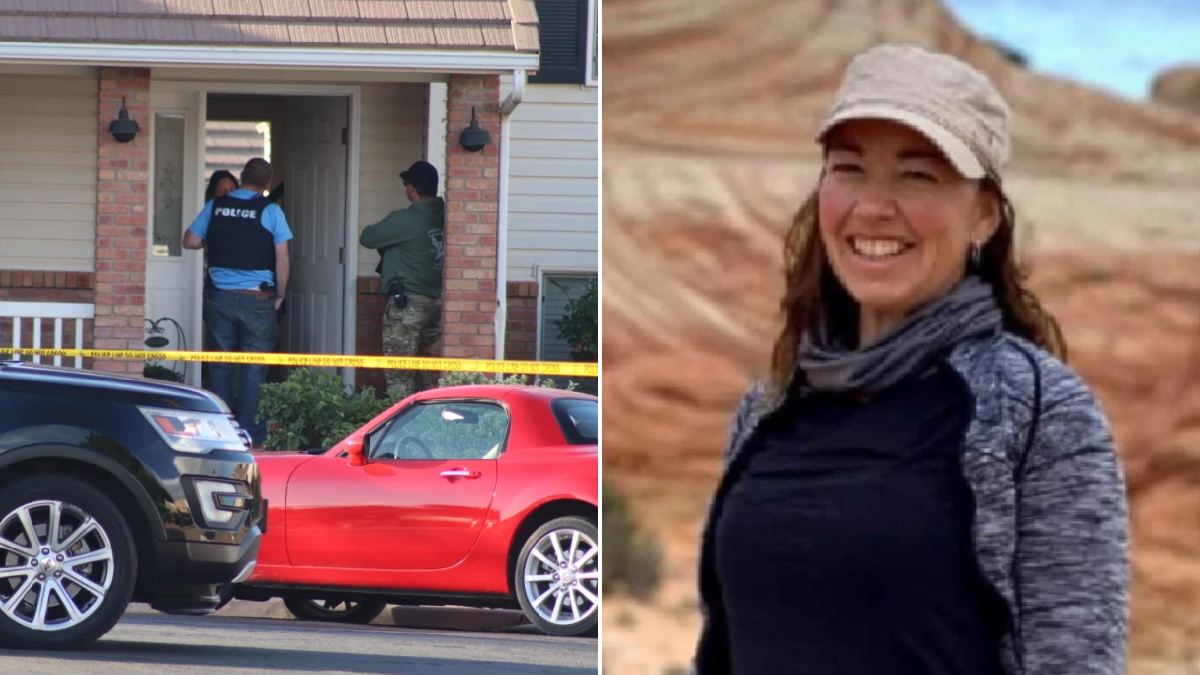 A husband is accused of shooting and killing  his wife after she told him that she planned to leave him. Steven Timothy Smith, 59, was covered in blood after allegedly shooting Shawntell Smith, 49, in their home while several of their children were present.

‘Upon arrival, officers found that the victim suffered from several gunshot injuries and was declared deceased on the scene,’ police said in a statement obtained by the Gephardt Daily.

Police said they found Steven with ‘blood on his hands and clothes’ and a handgun with blood around the grip was discovered ‘hidden in a closet’ inside his bedroom.

Steven told police that he was mad at his wife when she said she was leaving him, according to KJZZ. An arrest affidavit states that Steven left the house and took out a large amount of money from an ATM before returning and telling people who were not family to leave. A few of the Smiths’ children, from 15 to 22 years old, remained at the home.

The husband claimed he did not remember anything after telling people to leave.

However, a witness said he returned to the home after hearing gunshots and saw Shawntell on the ground.

‘The witness then observed Steven Smith walking away from the victim towards another room in the house,’ the affidavit reads. The witness said he had a short struggle with Smith, who allegedly said, ‘I’m done’ and ‘I have nothing else’.

Steven reportedly wandered around the house as others rushed to help Shawntell.

Steven was arreasted and booked into Washington County Jail early Saturday and has been charged with first-degree murder.

A GoFundMe account for Shawntell states that her family is ‘truly touched by hoe many people love our Shawntell and her children’.