Experts call it a circus. Polls say it will hurt the G.O.P. in 2022. But Republicans are on board in Arizona and elsewhere, despite warnings of lasting damage to the political system. 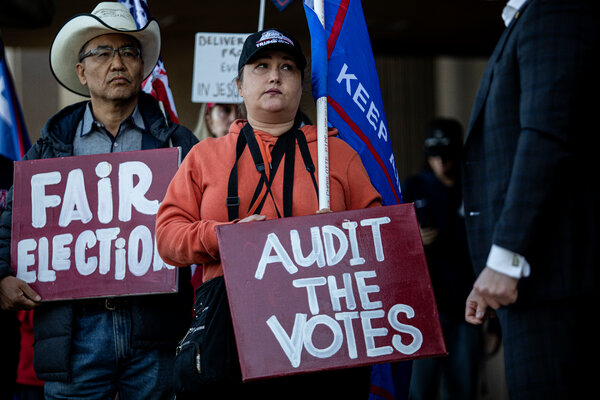 SURPRISE, Ariz. — Rob Goins is 57, a former Marine and a lifelong Republican in a right-leaning jigsaw of golf courses, strip malls and gated retirement communities pieced together in the Arizona desert. But ask about the Republican-backed recount of Joseph R. Biden Jr.’s 2020 election victory here in Maricopa County, and Mr. Goins rejects the party line.

“There’s a lot of folks out there trying to make something out of nothing,” he said recently as he loaded purchases into his vehicle outside a Home Depot. “I don’t think there was any fraud. My opinion of this is that it’s a big lie.”

Mr. Goins is flesh-and-blood evidence of what political analysts here are all but shouting: The Republican State Senate’s autopsy of the 2020 vote, broadly seen as a shambolic, partisan effort to nurse grievances about Donald J. Trump’s loss here in November, risks driving away some of the very people the party needs to win statewide elections in 2022.

That Arizona Republicans are ignoring that message — and that Republicans in other states are now trying to mount their own Arizona-style audits — raises worrisome questions not just about their strategy, but about its impact on an American democracy facing fundamental threats.

Now in its seventh week, the review of 2.1 million votes in Arizona’s most populous county has ballooned not just into a national political spectacle, but also a political wind sock for the Republican Party — an early test of how its renewed subservience to Mr. Trump would play with voters.

The returns to date are not encouraging for the party. A late-May poll of 400 Arizonans by the respected consulting firm HighGround Inc. found that more than 55 percent of respondents opposed the recount, most of them strongly. Fewer than 41 percent approved of it. By about 45 to 33 percent, respondents said they were less likely — much less, most said — to vote for a Republican candidate who supported the review. 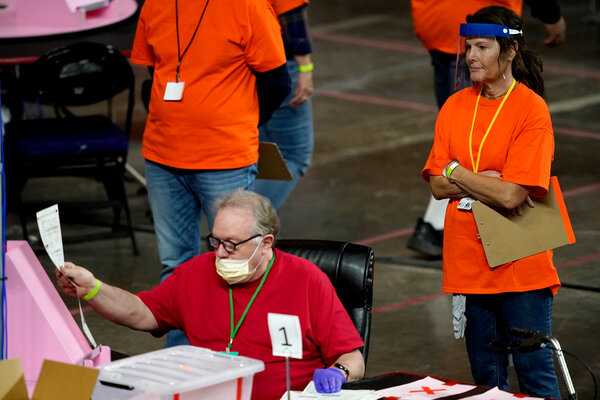 The recount itself, troubled by procedural blunders and defections, has largely sacrificed any claim to impartiality. The Pennsylvania computer forensics firm that was conducting the hand recount of ballots quit without a clear explanation this month, adding further chaos to a count that election authorities and other critics say has been making up its rules as it went along.

“If they were voting on it again today, they would have withheld doing this, because it’s been nothing but a headache,” Jim Kolbe, a Republican congressman from southeast Arizona from 1985 to 2003, said of the Republican state senators who are backing the review. “It’s a black mark on Arizona’s reputation.”

Instead, the Republicans in the Arizona Senate have doubled down. And as the review’s notoriety has grown, pro-Trump Republicans in other states like Wisconsin and Pennsylvania have begun to promote their own plans to investigate the November vote, even though — as in Arizona — elections in those states have been certified as accurate and free from any fraud that could have affected the outcome.