Home » Americas » In the Chauvin trial, an argument emerges over whether George Floyd said he ‘ate too many drugs’ or ‘ain’t do no drugs.’

On Wednesday, James Reyerson, the Minnesota law enforcement agent in charge of investigating George Floyd’s death, testified about how he collected information at the scene of the arrest.

“And so did you understand why you, as B.C.A. agents are being called to this incident?” “We knew that some form of critical incident had occurred, but at that point, we didn’t have a huge amount of information.” “And when you use the term critical incident in this context, what did it mean to you at that time?” “An incident involving a police officer and potentially a civilian that, that could have caused harm.” “So on May 25 of 2020, was the B.C.A. responding to calls of critical incidents within the City of Minneapolis?” “Yes.” “And so had you developed, that is the B.C.A. process for responding to those calls?” “Yes, we have critical incident protocols.” “Did you then initiate the critical incident protocols for this incident?” “I did, yes.” “And as part of that, taking photographs of each officer?” “Yes, sir.” “And were those officers there at City Hall that evening?” “Yes, sir.” “Did you learn anything about the contents of that vehicle?” “Yes.” “What did you learn?” “I learned that two $20 bills were in a manila envelope in the trunk area of the vehicle, as well as other items that relate to this incident.” “So what did you do with regard to that envelope?” “I seized those at the scene — that envelope at the scene.” 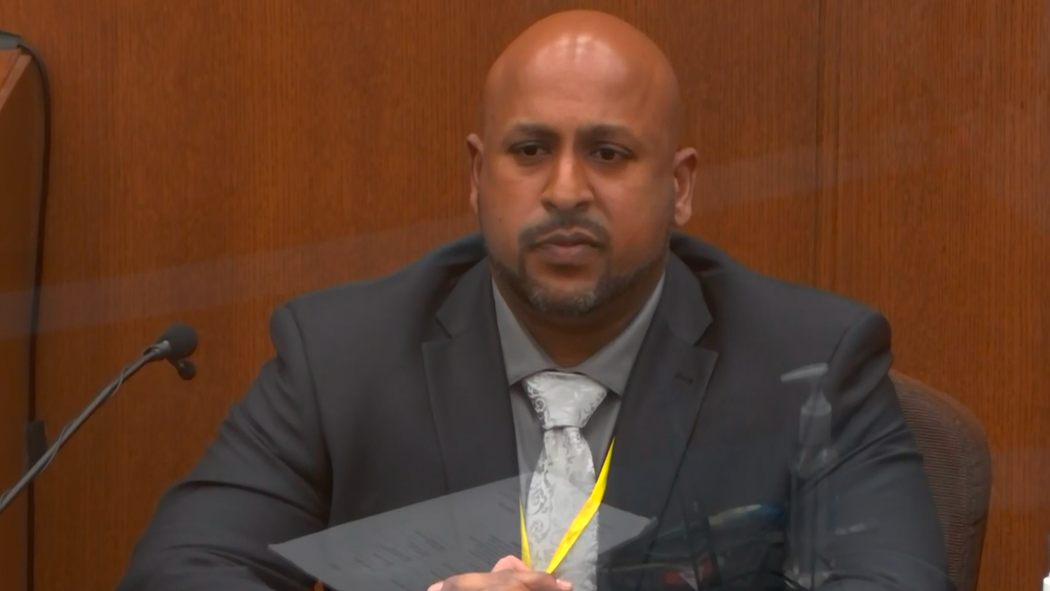 James D. Reyerson of the Minnesota Bureau of Criminal Apprehension testified on Wednesday, offering a view of the death of George Floyd from an agent who was tasked with investigating it.

In testimony that revived questions about Mr. Floyd’s drug use, Mr. Reyerson, a special agent, initially agreed with Derek Chauvin’s defense lawyer that Mr. Floyd appeared to have shouted “I ate too many drugs” as he was handcuffed on the ground.

But later, when questioned by a prosecutor and shown a longer video clip, Mr. Reyerson changed his conclusion, saying he thought Mr. Floyd had actually shouted, “I ain’t do no drugs.”

Another expert, Sgt. Jody Stiger of the Los Angeles Police Department, said in earlier testimony that it was unclear to him what Mr. Floyd had said in that moment, and the audio is difficult to make out. Prosecutors have spent considerable time during their presentation dealing with the defense’s assertions that the fentanyl and methamphetamine found in Mr. Floyd’s system led to his death.

Mr. Reyerson described his own law enforcement career, which included work for the Drug Enforcement Administration and the New York Police Department. He recounted the night of Mr. Floyd’s death, when he was called to investigate and arrived at Minneapolis City Hall with other agents. He photographed Mr. Chauvin that night, and began collecting videos from the scene and the audio of a 911 call.

Mr. Reyerson said his agency had prepared 440 reports during the course of the investigation of Mr. Floyd’s death.

'Go back to your bunker': Seattle mayor hits back at Trump