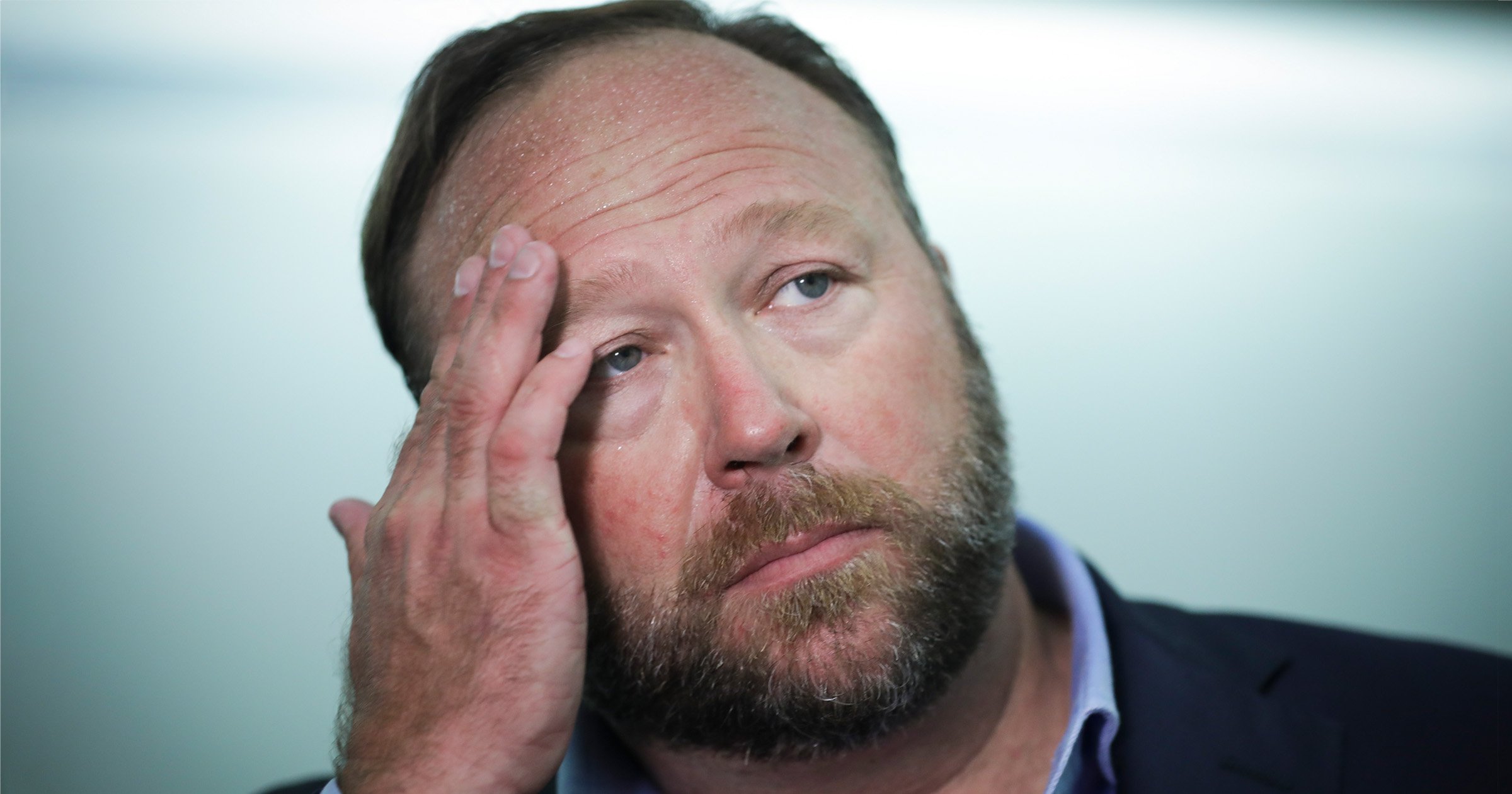 Conspiracy theorist Alex Jones has been found legally responsible in three lawsuits for damages caused by his false claims around the 2012 mass shooting at Sandy Hook Elementary School.

Jones repeatedly failed to comply with requests to provide documents relating to his involvement in spreading lies about the school shooting that left 20 children and six adult staff members dead in Newtown, Connecticut.

Families of the Sandy Hook victims have endured threats and harassment for years after Jones falsely claimed in December of 2012 that the shooting was a ‘giant hoax’ carried out by crisis actors.

Judge Maya Guerra Gamble issued her ruling for default judgement against Jones in all three cases, meaning Jones and Infowars will be liable for all damages. A jury will decide how much he will have to pay.

Default judgement was ruled because Jones was unwilling to turn over documents relating to the cases, according to Gamble. The ruling is often referred to in Texas as a ‘death penalty sanction’ for a party unwilling to comply with court orders.

Jones has had years to provide documentation requested by the court, including internal company emails, HuffPost reported. He is also on his seventh lawyer in these cases.

Parents in all three cases are being represented by Texas law firm Farrar & Ball. Lawyer Bill Ogden told HuffPost that Jones is now ‘facing justice for the lies he spread’.

He is currently being sued by six other Sandy Hook families.

Jones has faced legal troubles from his false claims surrounding the shooting since 2018.

In 2019, he acknowledged that the shooting was real during a sworn deposition he made as part of a defamation case brought against him by Sandy Hook victims’ families, CNN reported.

A statement posted on Infowars on behalf of Alex Jones and the website’s attorney Norm Pattis said the court’s decisions were ‘stunning’.

‘Nothing less than the fundamental right to speak freely is at stake in these cases. It is not an overstatement to say that the first amendment was crucified today,’ the statement read.