Home » Americas » Inquiry Into the Capitol Riot: The F.B.I.’s Challenge Has Just Begun

Of the 125 federal arrests made so far in connection with the riot at the Capitol earlier this month, most have been relatively simple: Agents and prosecutors have put together cases largely by scouring the news and social media for incriminating photographs and videos.

Some of the evidence has been almost comically easy to obtain. Several people have been turned in by their loved ones or have openly bragged about their roles in the attack on Facebook or in interviews with their hometown newspapers. One man went so far as to post a photo of himself on Instagram with a helpful finger-pointing icon and the words, “THIS IS ME.”

But the inquiry into the Capitol assault, a huge effort that has focused its attention on as many as 400 people, took an important turn this week as prosecutors filed their first serious conspiracy charges, accusing three members of the right-wing militia group the Oath Keepers of plotting the incursion in advance. If, as they have promised, investigators are hoping to narrow their gaze on organized extremists who may have preplanned the attack, they are going to have to use a different and more difficult-to-master set of skills.

The F.B.I.’s most challenging work, legal scholars say, may have only just begun. 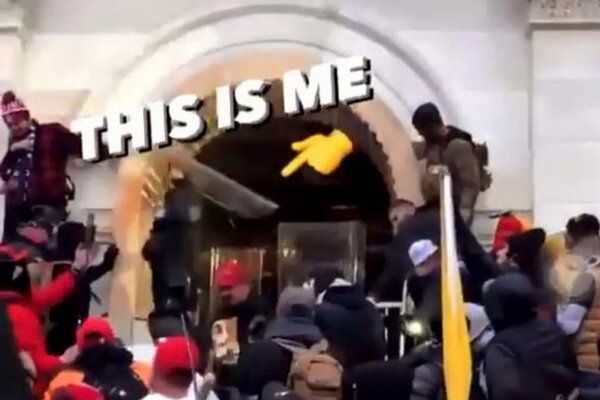 “It’s a lot harder to charge a conspiracy, especially compared to the first wave of cases where you basically had people confessing on video to federal crimes,” said Aitan Goelman, a former federal prosecutor who helped try Timothy McVeigh, the Oklahoma City bomber. “You are going to see more serious charges, but they are naturally going to come later after more investment by law enforcement.”

Court papers showed that many defendants have turned themselves in and are cooperating with the authorities. Cases in the coming days are likely to focus on attacks against members of the press at the Capitol, according to a law enforcement official briefed on the matter.

In making more conspiracy cases, the first question investigators must confront is how much conspiring actually went into the storming of the Capitol on Jan. 6. Five people died in the violent attack, and the final certification of President Biden’s election was abruptly interrupted as lawmakers fled the House and Senate floors.

Chilling videos and photos have emerged showing some people moving inside the building in tight formation, wearing military gear, carrying restraints and sometimes using hand signals or radios to communicate.

But many people appear to have acted spontaneously and, at least so far, have been accused of misdemeanors like unlawful entry and disorderly conduct.

The Oath Keeper case could be a model moving forward for more complicated cases. The criminal complaint shows investigators employing a variety of techniques in tracking down and charging the defendants: Thomas E. Caldwell, Donovan Crowl and Jessica Watkins. Mr. Caldwell said he intended to fight the charges at a hearing this week. Mr. Crowl and Ms. Watkins have not yet appeared in court to respond to the complaint.

Agents in their case pored through video footage at the Capitol looking for badges or insignia suggesting that the three accused militia members were part of the same group. They trolled through social media accounts on platforms like Parler for any indications that the three were not only at the building, but had planned in advance to be there. And they obtained audio recordings of Ms. Watkins talking with others who are suspected of being Oath Keepers on Zello, a push-to-talk cellphone app that operates like a walkie-talkie.

Investigators also conducted an analysis of locational data from a cellphone registered to Mr. Caldwell’s wife, determining that it was near the Capitol at the time of the assault. Since Mr. Caldwell had no obvious connection to the others, agents followed up the lead with a more old-fashioned method.

While searching Ms. Watkins’s home in Ohio, they persuaded one of her friends to tell them that Ms. Watkins had provided a phone number for a fellow Oath Keeper with whom she had stayed after the attack. The F.B.I. was able to determine the number was connected to the cellphone registered to Mr. Caldwell’s wife.

On Thursday, the F.B.I. indicated that it was actively pursuing the most serious actors in the Capitol attack, announcing a reward of up to $75,000 for information about anyone linked to devices believed to be pipe bombs that were planted at the headquarters of the Republican and Democrat National Committees. The bulletin showed a grainy photo of someone wearing a white mask, black gloves and a hooded sweatshirt, walking down a street and carrying a backpack.

The Capitol investigation is, by all accounts, an enormous undertaking, drawing on the efforts of hundreds of agents and prosecutors from across the country. It promises to become even more onerous and sweeping as the probe moves toward more complex charges and investigators begin to use techniques like writing warrants to search through people’s email accounts or possibly infiltrating online chat rooms frequented by extremists.

At this point, the only other conspiracy case stemming from the riot has been brought against Eric Munchel, a Nashville bartender who broke into the Capitol with his mother, intent, court papers say, on creating a “civil disturbance” and impeding the business of Congress. In new court papers filed on Wednesday night, prosecutors noted that Mr. Munchel encountered several members of the Oath Keepers in the Capitol and that one of them told him, “There’s 65 more of us coming.”

Prosecutors have come close to alleging a conspiracy against members of the far-right nationalist group the Proud Boys, saying that some of its members wore earpieces and chest-clipped walkie-talkies in a possible effort to communicate with one another.

Missing teenagers named as suspects in murders of tourists in Canada

Canada Day celebration at Government House in Regina cancelled, other events up in air

An invisible battle between China and US