For prices up to $1.5 million, parents can buy a five-year, full-service package of college admissions consulting from a company in New York City called Ivy Coach.

The service begins as early as eighth grade, as students are guided through choosing courses and extracurriculars most likely to find favor in college admissions offices. They must find a “singular hook,” said Brian Taylor, the company’s managing director — a way to stand out when high grades, sports and community service are no longer enough.

The students receive intensive preparation for the SAT or ACT, both “coachable exams,” Mr. Taylor explained. Then they receive close editing of their college essays, akin to how a screenwriter might work with an agent or studio executive.

And all of it is legal. “Is that unfair? That the privileged can pay?” Mr. Taylor asked, “Yes. But that’s how the world works.”

When the government on Tuesday unveiled federal indictments of dozens of parents, college adminstrators and coaches, it revealed an array of corrupt and illegal admissions practices. But there is also a perfectly legal world of private college counseling and test prep that caters to parents eager to give their children an edge in the cutthroat world of college admissions.

Parents might pay $300 for a standard, hourlong consultation with an admissions expert or donate tens of millions to schools, with the hope of winning special consideration for their child’s application.

Revelations about these practices, usually only whispered about, risks breeding more cynicism toward American higher education at a time when elite college admissions are already under the microscope, with multiple schools facing inquiries into their affirmative action and legacy admission policies.

And they reveal the degree to which parents up and down the income ladder have become fixated on college acceptance as a ticket to their children’s financial security.

“Private college consulting is almost like the wild West,” said Alexis Redding, a visiting scholar at the Harvard Graduate School of Education who has written about the “extreme pressure” the college admissions race can put on students and families.

While many consultants adhere to optional ethical guidelines set out by national professional associations, some consultants do not, she said.

The federal indictment “isn’t surprising to anyone who has either studied the high stakes world of private admissions or private consulting,” Professor Redding said. “The scale and details and celebrity are surprising.”

[Read the full list of who has been charged here.]

With the many legal means to seek preferential treatment for one’s offspring, from big donations to expensive tutors, the Hollywood stars and business moguls named in Tuesday’s indictment seemingly had other ways to exert influence over the process.

But in recent years the costs of ensuring special treatment for an application have moved beyond comfortable reach even for the rich. A donation to an Ivy-caliber school would have to be valued at $10 million or more to earn an applicant truly special consideration beyond their merits, according to several experienced college admissions consultants.

Steven Mercer, a private college consultant based in Santa Monica, called $10 million “an entry-level gift that might not even get the attention of the admission office.”

He added, “You have to sometimes go quite a bit higher.”

Mr. Taylor of Ivy Coach agreed that even after a $10 million gift, a student’s application would not be greeted with “no questions asked.”

“It’s not guaranteed,” he said.

Certainty appears to be what parents were seeking when they hired William Singer, the consultant who pleaded guilty on Tuesday to charges of racketeering, money laundering and obstruction of justice. “I created a guarantee,” Mr. Singer said in a Boston courtroom.

In conversations with parents recorded by federal authorities, Mr. Singer styled his services as a first-class cabin for tech titans, rich investors and other luminaries trying to lock down a scarce spot at a prized school, such as Yale, Georgetown and the University of Southern California. Court papers said he promised to slot them in as athletes — with fabricated or embellished records — and on schools’ “V.I.P. lists.”

“What we do is we help the wealthiest families in the U.S. get their kids into school,” he told Gordon R. Caplan, the co-chairman of the global law firm Willkie Farr & Gallagher, in a June 2018 phone call recorded by the authorities. Prosecutors say Mr. Caplan paid $75,000 to fake his daughter’s standardized test score.

[Read more about how the authorities say the scheme worked, from bribes to doctored photos.]

According to court papers, Mr. Singer also promised parents that their children would get an ACT score in the 30s, a 1400 or better SAT score or a spot on the University of Southern California water polo team.

Consultants who abide by the law can never offer a promise of admission to a specific school, said Mr. Taylor of Ivy Coach, no matter how much they charge or how much a parent is willing to donate. “If they tip you off that they have connections with admissions officers, that’s a red flag,” he said.

Ivy Coach students sign and submit their own applications, according to Mr. Taylor. He said the fact that Mr. Singer was submitting applications on behalf of his clients was “a mark of unscrupulousness in and of itself.”

In some cases, according to federal prosecutors, Mr. Singer and parents conspired to reduce the role of school guidance counselors in the process, since those counselors knew the students’ true academic and athletic records. 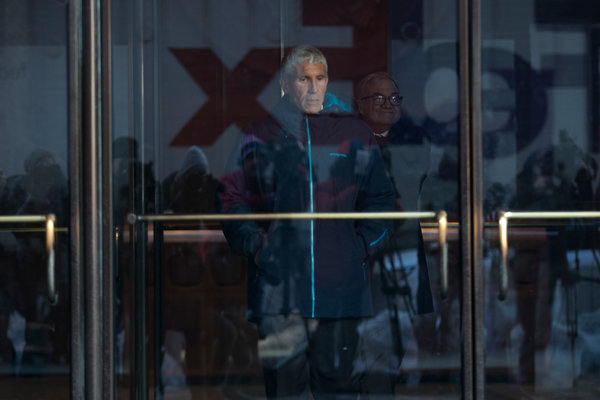 Accusations of untoward behavior, short of lawbreaking, are not uncommon in the world of high-priced admissions consulting. The large size of Ivy Coach’s fees caused them to be kicked out of one industry association.

Mr. Taylor called the association’s decision “un-American.” “Who can say what is too much in America?” he said. “If someone wants to pay a fee that you command, they have that right.”

Professor Redding of Harvard said she worried that the attention on the case this week would cast a negative light on the entire college consulting industry, which, she added, had taken strides in recent years to police itself.

“There are lots of good actors here who get overshadowed in a case like this,” she said.

The education consultants industry has tens of thousands of practitioners, serving both students and schools, according to the research group IBISWorld, which estimated the sector’s annual revenue in 2018 at $1.9 billion.

Stefanie Niles, president of the National Association for College Admission Counseling, said the allegations were an “extreme response to the commodification of the college admission process.”

The growth of private consulting has been driven, in part, by a shortage of guidance counselors in public schools. During the 2015 to 2016 school year, each public school counselor was responsible for an average of 470 students, according to the group.

There is a wide range of prices in the field. In Boca Raton, Fla., Naomi Steinberg runs a “super premium boutique” where the yearslong college planning process often starts in ninth grade and can end up costing families $10,000 to $15,000.

“You’re trying to make sense of a system that can’t be made sense of,” she said.

Mr. Mercer, the Santa Monica consultant, works within the mainstream of the field: He charges between $300 and $7,000, depending on a student’s needs and how early in the process he is hired. He previously worked in the admissions office at the University of Southern California, and said he was shocked that the school was included in the federal indictment.

This week’s charges are hardly the first time that families with money have been accused of trying to cheat an easily corruptible system. In 2011, prosecutors in Nassau County, N.Y., unveiled a widespread cheating scandal in which students at prestigious Long Island high schools paid their peers between $500 and $3,600 to take the ACT and SAT exams for them.

In some communities, it is well known which doctors will, for a price, submit paperwork documenting a learning disability that will earn a student extra time to take the SAT or ACT exam.

While the extreme behavior detailed by federal prosecutors this week could breed concern among families who intend to play by the rules, Mr. Mercer said his message to clients will remain the same: that the name brand of a college is far less important than finding a good fit for a student.

Still, he acknowledged, “Such outrageous amounts of money and the persons involved and the schemes? It isn’t just a little blip. It’s embarrassing to those of us in the field.”