Home » Americas » Jackson, Mississippi has no water to drink or flush toilets after flooding 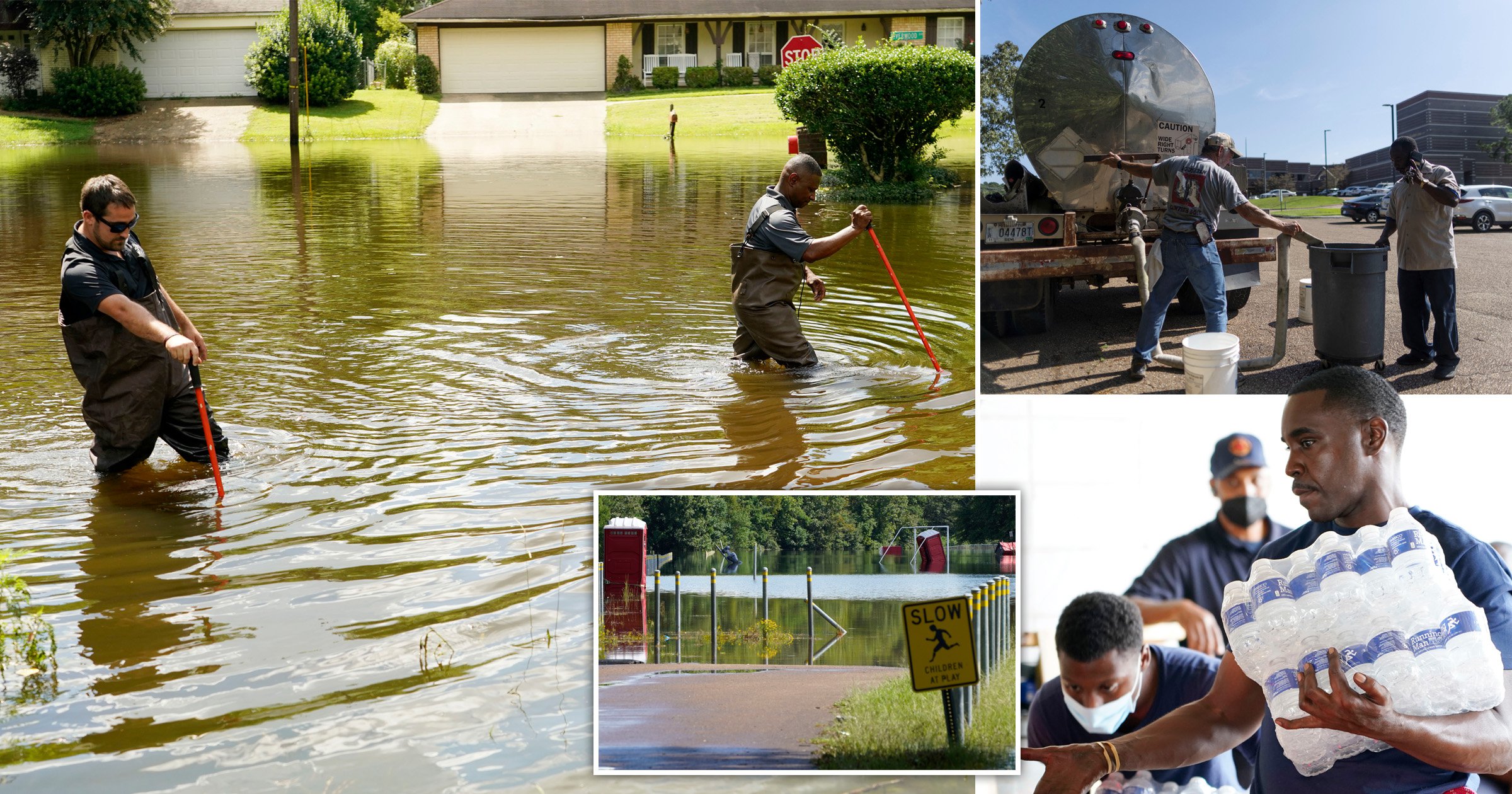 Residents in Mississippi’s largest city were left with little or no running water after floods damaged one of its treatment plants.

Over 150,000 people in the Mississippi state capitol of Jackson, where 80% of residents are black, are now under a water emergency as state and local officials warn them not to drink the possibly contaminated water.

Water pressure remains so low in some areas that many Jacksonians are not able to flush toilets or take showers.

‘The water is not safe to drink and I’d even say it’s not safe to brush your teeth with,’ Mississippi State Health Officer Daniel Edney said after announcing the state government declared an emergency on Monday night.

‘We are not seeing adequate chlorination and inability to consistently disinfect the water.’

The problems started after storms on Monday caused the Pearl River to flood. Property damage in the city was minimal, but floodwaters did end up seeping into one of two water treatment plants.

‘This is a very different situation from a boil-water notice – which is also a serious situations in which residents of Jackson have become tragically numb to,’ said Governor Tate Reeves. ‘Until it is fixed, it means we do not have reliable running water.’

The Mississippi Emergency Management Agency and the National Guard began distributing water to Jacksonians on Tuesday. The water arrived in 10 large tractor-trailer trucks.

‘I get it. I live in the city. It’s not news that I want to hear,’ Reeves said on Monday. ‘But we are going to be there for you.’

Jackson Public Schools held classes online on Tuesday and Wednesday, and many businesses were left shuttered.

‘This isn’t a new thing. It has been going on for me for like 20 years,’ local business owner Derek Emerson told the Clarion Ledger. ‘Everybody is acting like this is a new situation. It’s not. It’s a ridiculous situation that should have been addressed 20 years ago.’

Jackson Public Schools said they would reevaluate the water situation daily and decide when it was safe for students to return for in-person learning.

Mayor Chokwe Lumumba, who was not present at Reeves’ press conference, said the water system failed due to underfunding, staffing shortages and ‘decades of deferred maintenance’.

‘The city of Jackson is using over $20million in American Rescue Plan to address water and sewer infrastructure needs,’ White House Press Secretary Karine Jean-Pierre said on Twitter on Wednesday. ‘We have also made about $75million in Bipartisan Infrastructure Law funding available this year to provide clean and safe water across the state of Mississippi.’

The water shortage also forced the football team at Jacksonville State University to scramble in order to prepare for the upcoming start of the season.

THE DEVIL IS A LIE! JSU Footballâs toughest opponent is the Jackson Water crisis https://t.co/twUaQrPAzl

Sanders said he was moving his players into a hotel to make sure they were ready for Sunday’s away game against Florida A&M.

Nutrien in talks with Australian company Ruralco regarding potential deal