KENOSHA, Wis. — A prosecutor in Kenosha, Wis., has declined to bring charges against Rusten Sheskey, the police officer who shot Jacob Blake outside an apartment building in August, an episode that sparked protests and rioting and made the city an instant flash point in a summer of unrest that began with the killing of George Floyd.

The decision was announced on Tuesday by Michael Graveley, the Kenosha County district attorney, who said that investigators had reviewed 40 hours of video and hundreds of pages of police reports.

A lawyer for Mr. Blake’s family expressed “immense disappointment” in the announcement. “This decision failed not only Jacob and his family but the community that protested and demanded justice,” the lawyer, Ben Crump, wrote on Twitter.

Even before revealing his determination, Mr. Graveley pleaded with his community — and the country — to keep the peace.

“Rather than burning things down, can moments of tragedy like this be an opportunity to build things?” he asked.

The case involved a white officer shooting a Black man, circumstances that the prosecutor said made the decision especially difficult for him.

He added that he also has not had experiences facing police officers, “knowing I could face armed persons who might try to end my life.”

Advocates for Mr. Blake, who is 29, have been awaiting the decision for months and holding regular demonstrations in Kenosha, calling upon Mr. Graveley to file charges against the officer. 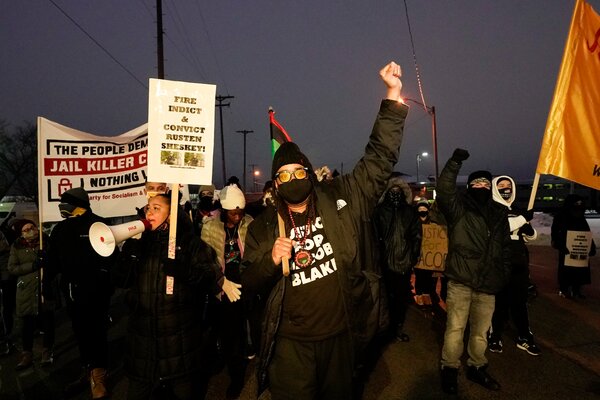 The community simmered with tension before the announcement, as residents and officials anxiously sought to prevent the unrest that unfolded after the shooting last summer.

Many businesses in Kenosha were boarded up Tuesday in anticipation of the charging decision, and some streets were closed. National Guard members stood near the Kenosha County Courthouse, which was surrounded by an iron fence. At a Subway sandwich shop two blocks from the courthouse, fresh plywood was installed Tuesday, as it had been during the summer unrest. “If the decision goes in the cop’s favor, we’re thinking it’s going to turn how it was before,” an employee, Tyler Blazek, said.

The City Council unanimously passed an emergency declaration Monday that would allow the mayor to implement a curfew once the district attorney made his charging decision public.

The sheriff for Kenosha County also declared a state of emergency that he said would allow him to change the schedules of his deputies.

Officer Sheskey, who has been employed by the Kenosha Police Department for seven years, was placed on administrative leave after the shooting. His lawyer, Brendan P. Matthews, said in December that he remained on leave.

The shooting, on Aug. 23, unfolded after three officers arrived at an apartment complex in Kenosha in response to a domestic complaint.

As the officers attempted to take Mr. Blake into custody, he walked along the passenger side of a four-door S.U.V., away from the officers, as three of his children waited in the back seat of the vehicle. The officers used a Taser in an effort to subdue Mr. Blake, which was ineffective; Officer Sheskey then grabbed Mr. Blake’s shirt and fired his gun several times into Mr. Blake’s back.

Two other officers were pointing their guns at Mr. Blake during the incident.

According to state officials, Mr. Blake admitted that he was in possession of a knife; a knife was later recovered from the floorboard of Mr. Blake’s car near the driver’s seat. There were no other weapons in the vehicle.

The shooting was captured on a cellphone video, which was shared widely, fueling protests and destruction in Kenosha.

The Justice Department opened a civil rights investigation into the case.

Gov. Tony Evers, a Democrat, condemned the shooting in its immediate aftermath. “While we do not have all of the details yet, what we know for certain is that he is not the first Black man or person to have been shot or injured or mercilessly killed at the hands of individuals in law enforcement in our state or our country,” he said on Twitter.

For several days in August, protests and destruction erupted on the streets of Kenosha, as rioters burned buildings, cars and garbage trucks, smashed streetlamps and spray-painted graffiti on schools and businesses. Hundreds of National Guardsmen were summoned to Kenosha in an attempt to restore order, using tear gas and rubber bullets to subdue protesters.

Two days after the shooting of Mr. Blake, Kyle Rittenhouse, who was then 17, shot and killed two men on a downtown street in what his lawyer has described as an act of self-defense. He was charged with six criminal counts, including first-degree intentional homicide.

Mr. Rittenhouse, now 18, pleaded not guilty to the charges during a brief arraignment that was done via videoconference on Tuesday. His case is scheduled to proceed in March.

Outside the courthouse on Tuesday afternoon, two protesters said they were there to support Mr. Rittenhouse.

His friend, Emily Cahill, 32, from Plainfield, Ill., carried a poster that read “IGY6 Kyle” meaning “I got your back, Kyle,” she said.

John Antaramian, the mayor of Kenosha, and Daniel Miskinis, the city’s police chief, wrote an op-ed in the Kenosha News in December vowing that they would not allow destruction of businesses to be repeated after Mr. Graveley’s announcement.

“Whether you agree or disagree, we ask that you express your opinions peacefully and lawfully,” they wrote. “We will not — we cannot — tolerate the kind of violence we saw on our streets earlier this year and we will take definitive steps to protect our residents and businesses.”

The state Department of Justice and its Division of Criminal Investigation led the investigation into the shooting of Mr. Blake. On Sept. 21, Attorney General Josh Kaul of Wisconsin announced that the state would be bringing in an outside consultant, Noble Wray, a former police chief, to conduct an independent review of the case.

Mr. Blake was partially paralyzed after the shooting, which severed his spinal cord; his family said he is unlikely to ever walk again.

At the time of the shooting, Mr. Blake was facing charges stemming from a July incident. On Nov. 6, prosecutors in Kenosha County Circuit Court dropped one count of third-degree sexual assault and agreed to drop one count of criminal trespass if Mr. Blake pleaded guilty to two counts of disorderly conduct, according to court records and Mr. Blake’s lawyer, Patrick Cafferty.

Mr. Blake, who made a court appearance via Zoom from a rehabilitation center in Illinois where he was receiving treatment for his spinal cord injuries, pleaded guilty to the two disorderly conduct charges and was sentenced to two years of probation.

The Walworth County district attorney, Zeke Wiedenfeld, who had prosecuted the case, said the sexual assault charge had been dropped in part because the woman who had accused Mr. Blake declined to cooperate with the prosecutors. Mr. Blake had maintained that he did not commit sexual assault. 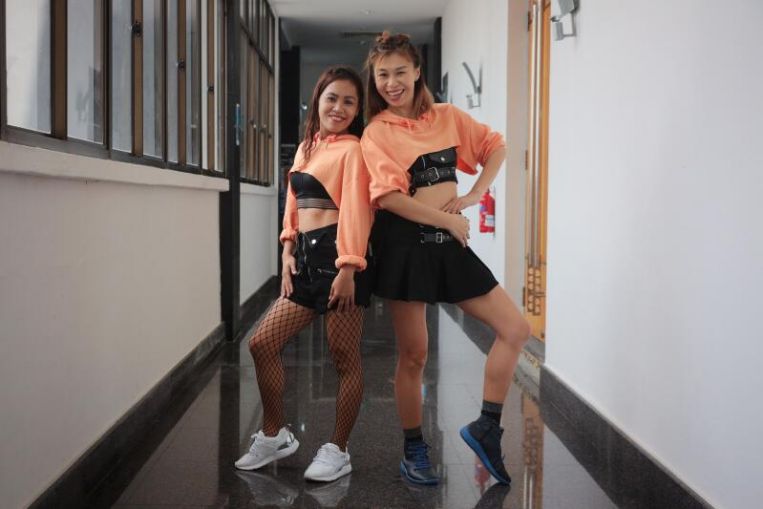