Home » Americas » January 6 anniversary in pictures: From vigils to Congress testimonials on riot 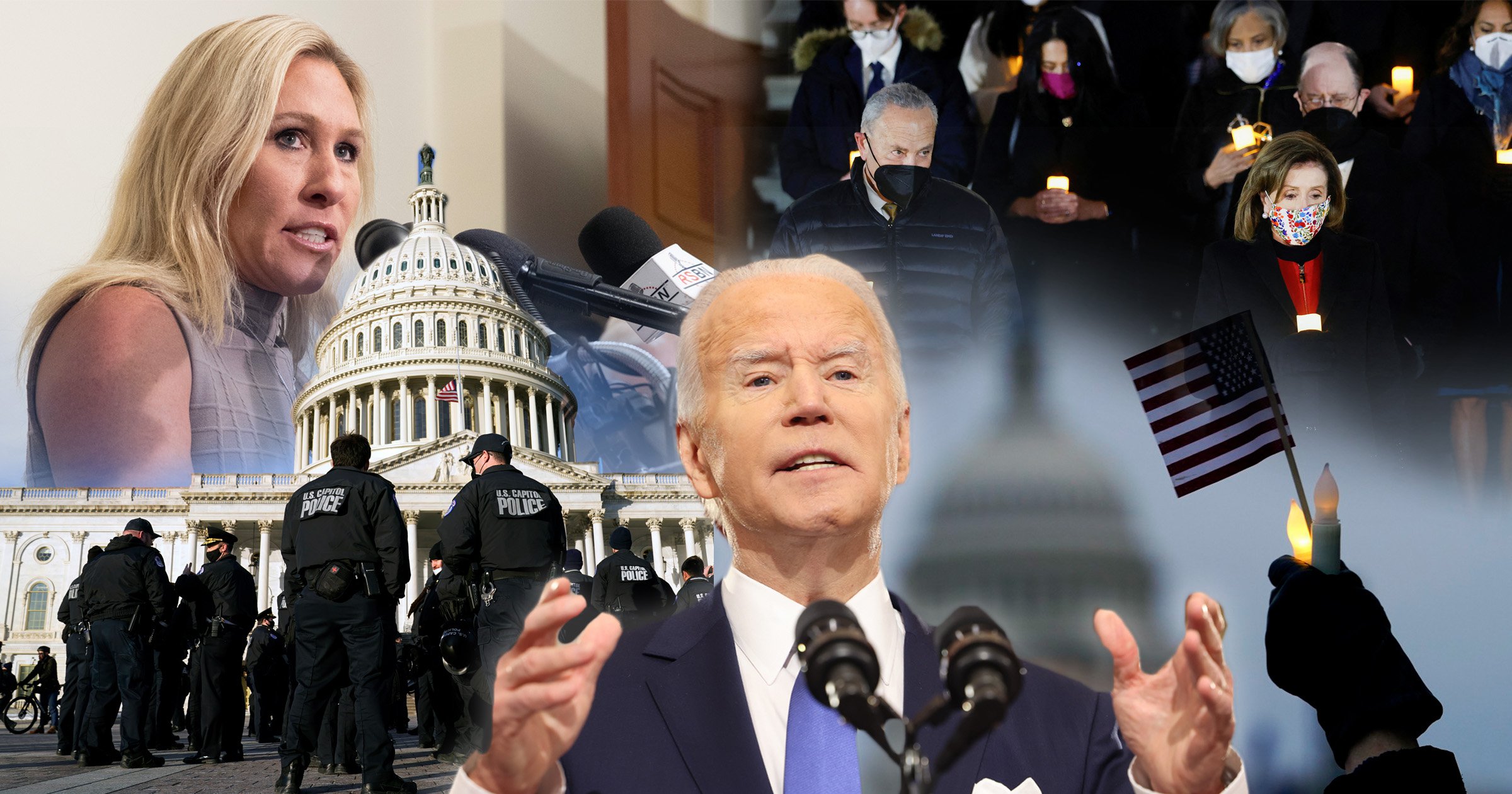 The US Capitol on Thursday stood a peaceful contrast to exactly a year ago on January 6, 2021, when former President Donald Trump’s supporters stormed the building trying to stop Congress from certifying the election for Joe Biden.

On January 6, 2020, thousands of Trump fans, some fueled by the then-president’s rally near the White House, headed for the Capitol with flagpoles, stun guns, pepper spray and other weapons. They overwhelmed Capitol Police officers, broke windows and opened doors in a breach that resulted in five deaths and 140 law enforcement members injured.

Exactly a year later, on Thursday morning, President Biden and Vice President Kamala Harris stood in a tranquil Statuary Hall in the Capitol building. They delivered remarks denouncing the assault on democracy, setting the tone for the one-year anniversary of the insurrection which was marked with vigils, testimonials – and some criticism and opposition.

In his remarks from Statuary Hall in the US Capitol shortly after 9am, Biden said: ‘One year ago today in this sacred place, democracy was attacked. The will of the people was under assault. The Constitution, our Constitution, faced the gravest of threats.’

Biden said Trump had ‘singular responsibility’ for the deadly insurrection.

Speaking before Biden, Harris compared the Capitol riot to the Pearl Harbor and 9/11 attacks.

Demonstrators who gathered outside the Capitol on Thursday were peaceful.

House Speaker Nancy Pelosi led a moment of silence on the chamber floor on Thursday afternoon to mark the anniversary. More than a dozen fellow Democrats and just one House Republican, Rep Liz Cheney, were present.

Some Republicans lawmakers including Trump allies Marjorie Taylor Greene and Matt Gaetz held a press conference. Greene suggested that the FBI was responsible for the insurrection.

In the evening, Pelosi, Senate Majority Leader Chuck Schumer and other Congress members partook in a prayer vigil on the east steps of the Capitol.

A coalition of more than 130 organizations also held a candlelit vigil near the Capitol.

Finding from particle research could break known laws of physics

‘Turn Off the Sunshine’: Why Shade Is a Mark of Privilege in Los Angeles