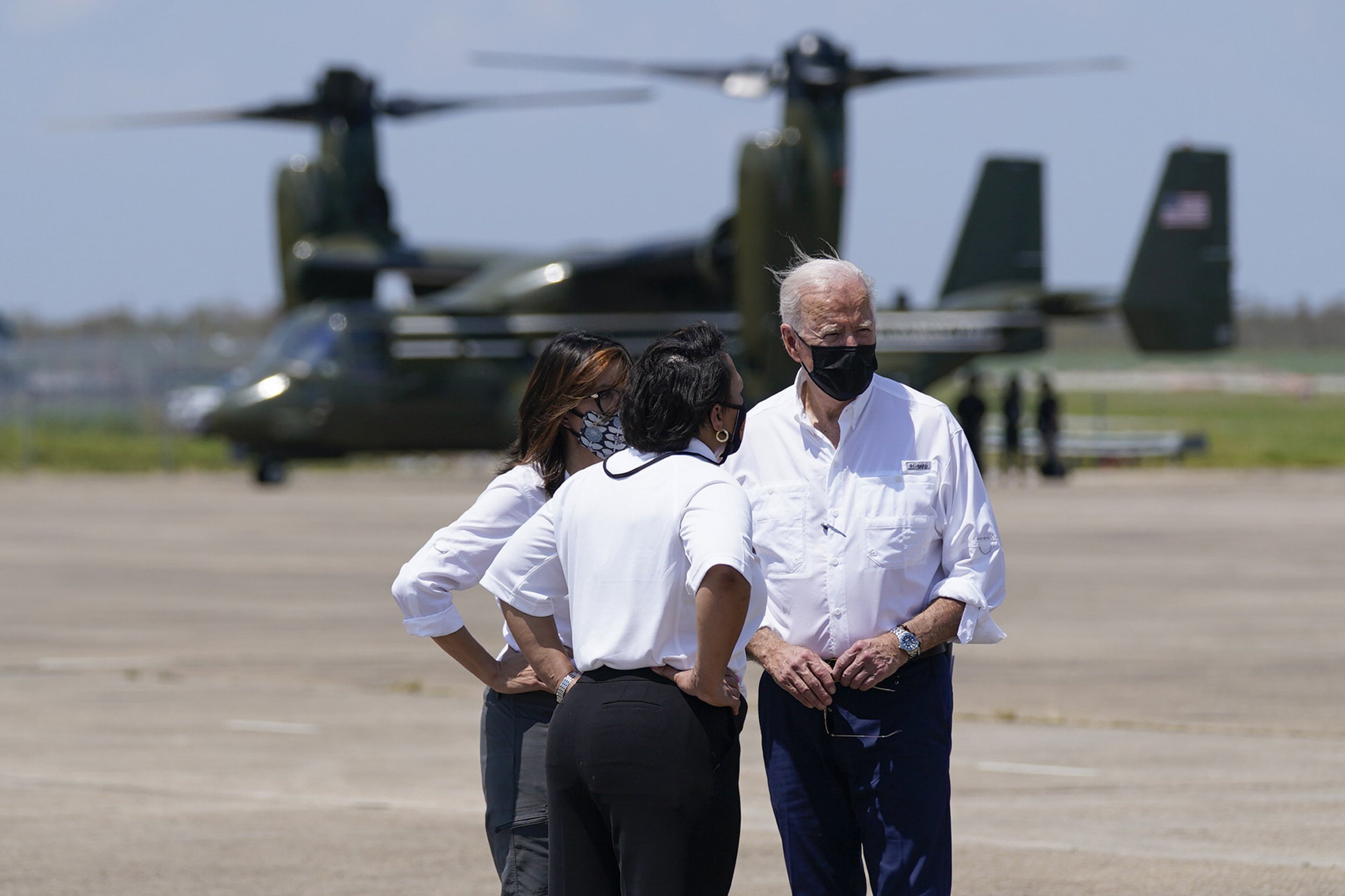 President Joe Biden arrived in Louisiana on Friday afternoon to survey damage left from Hurricane Ida, after it ravaged the south and northeast and caused more than 60 deaths.

During Biden’s visit, his official Twitter account posted that state and local leaders ‘have the full support of the federal government to provide assistance as needed’.

Biden told local leaders that the state has his full support.

‘There’s nothing political about this,’ Biden said during a briefing in LaPlace. ‘It’s simply about saving lives and getting people back up and running.’

The president continued: ‘We’re going to have your back until this gets done. I’m here to listen.’

Biden told officials that the US has delivered 6.7million meals as well as 6.1million bottles of water to the devastated state.

Biden was set to deliver remarks in LaPlace and scheduled to take an aerial tour of some of the hardest hit areas.

Ida made landfall in Louisiana on Sunday as a Category 4 hurricane, causing floods and power outages and prompting evacuations. It also brought massive amounts of rainfall to Mississippi.

The remnants of Hurricane Ida caused tornadoes in the mid-Atlantic and dumped unprecedented and catastrophic flooding to New York, New Jersey, Pennsylvania and Connecticut.

At least 61 people have died due to Ida across eight states, including at least 48 deaths in the northeast.

Earlier this week, Biden approved disaster declarations in Louisiana and Mississippi to help residents with temporary housing and repairing damage to their homes.

‘My message to everyone affected is: We’re all in this together. The nation is here to help,’ Biden said in his remarks on Ida on Thursday. ‘That’s the message I’ve been making clear to the mayors, governors, energy and utility leaders in the region, who my administration has been working closely with over the past few days.’