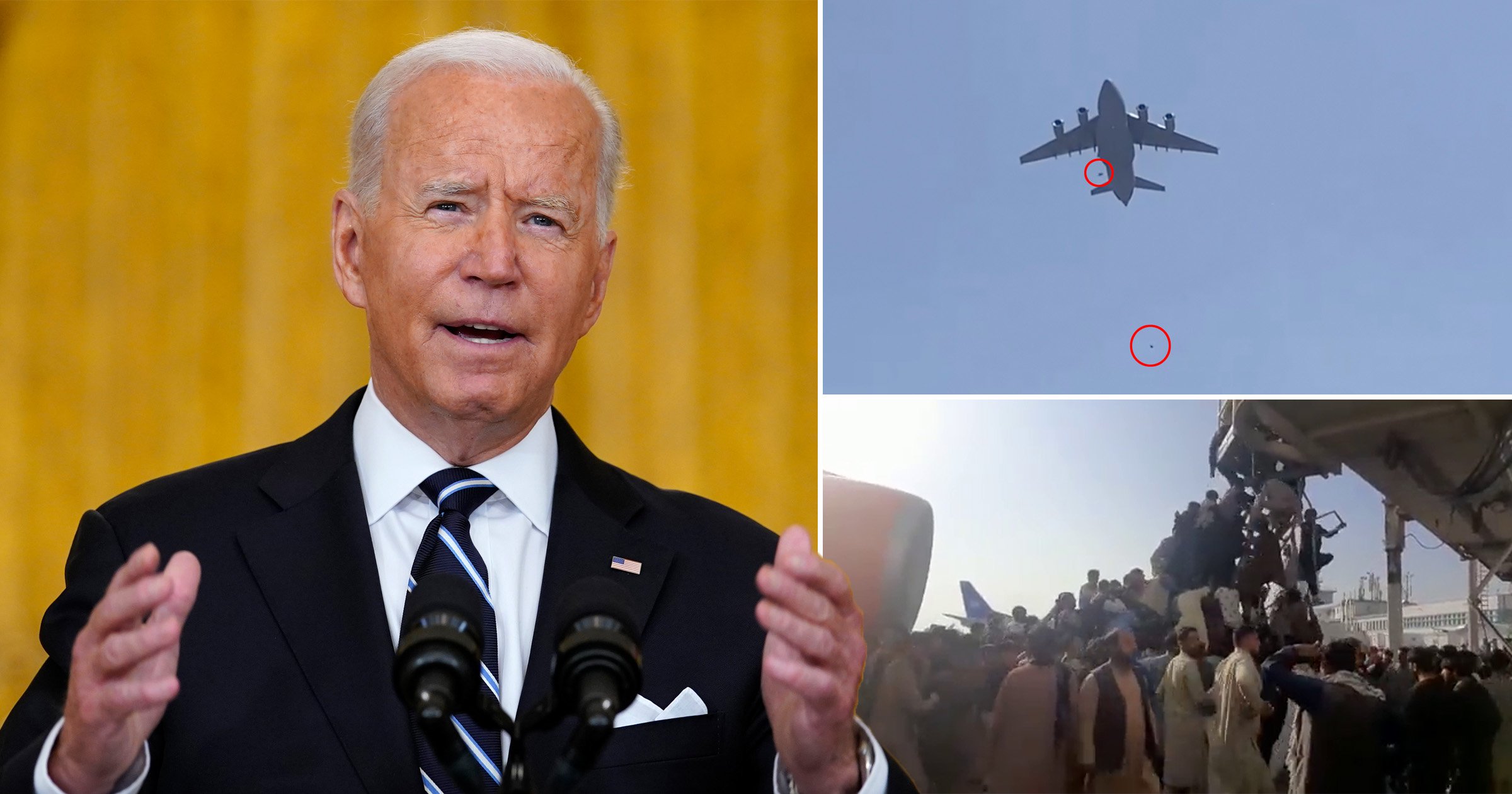 President Joe Biden ignored questions on the chaotic situation in Afghanistan – and instead took aim at Republican governors who have prevented schools from requiring masks on campuses.

Biden on Wednesday, in his first public comments since Monday, spoke not about the events on the ground in Afghanistan, but rather the politics around the coronavirus.

He raised a new policy recommending Covid-19 booster shots and criticized GOP governors who have banned mask mandates. Biden’s avoidance of the glaring Afghanistan issue exacerbated criticism of his exit plan, which many claim he could have handled better.

Biden remained on the defense earlier on Wednesday, quickly snapping during an interview with ABC’s George Stephanopoulos. The president was asked about pictures of Afghans falling to their deaths from airplanes in Kabul.

‘That was four days ago, five days ago,’ Biden said, adding that American could not have gotten out of the country ‘without chaos ensuing’, the Daily Mail reported.

‘No way to avoid this chaos? That’s a bald-faced lie,’ Cotton tweeted.

Biden during his remarks hit at Florida Governor Ron DeSantis, who threatened to cut educators’ salaries if they defy his executive order and impose mask mandates.

According to DeSantis’ order, the state can withhold funds from school districts that impose mask mandates. Biden responded by saying he would make up the gap using money from the taxpayer-funded Covid-19 relief law.

‘I’ve said as I said before, if you aren’t going to fight Covid-19, at least get out of the way of everyone else who’s trying,’ Biden said. ‘We’re not going to sit by as governors try to block and intimidate educators.’

DeSantis continues to resist coronavirus mandates, turning his back on the Centers for Disease Control and Prevention’s recommendation to mask up in classrooms even if vaccinated. Florida has seen a surge in coronavirus infections.

‘For example, a governor wants to cut the pay for hardworking education leader who requires masks in the classroom,’ Biden said. ‘The money from the American rescue plan can be used to pay that person’s salary 100%.’

DeSantis’ office responded by saying that ‘only the salaries of superintendents and school board members who intentionally defy’ the order would have their salary cut.

Governors taking away local control sets a ‘dangerous tone’, according to the president.

‘Some politicians are trying to turn public safety measures – that children wearing masks in school – into political disputes, for their own political gain,’ Biden said.

After Biden’s jab, DeSantis replied that he did not want to ‘hear a blip about Covid from you, thank you’, before adding, ‘Why don’t you do your job?’

Canada over worst of coronavirus outbreak, US spike a cause for concern: PM Trudeau