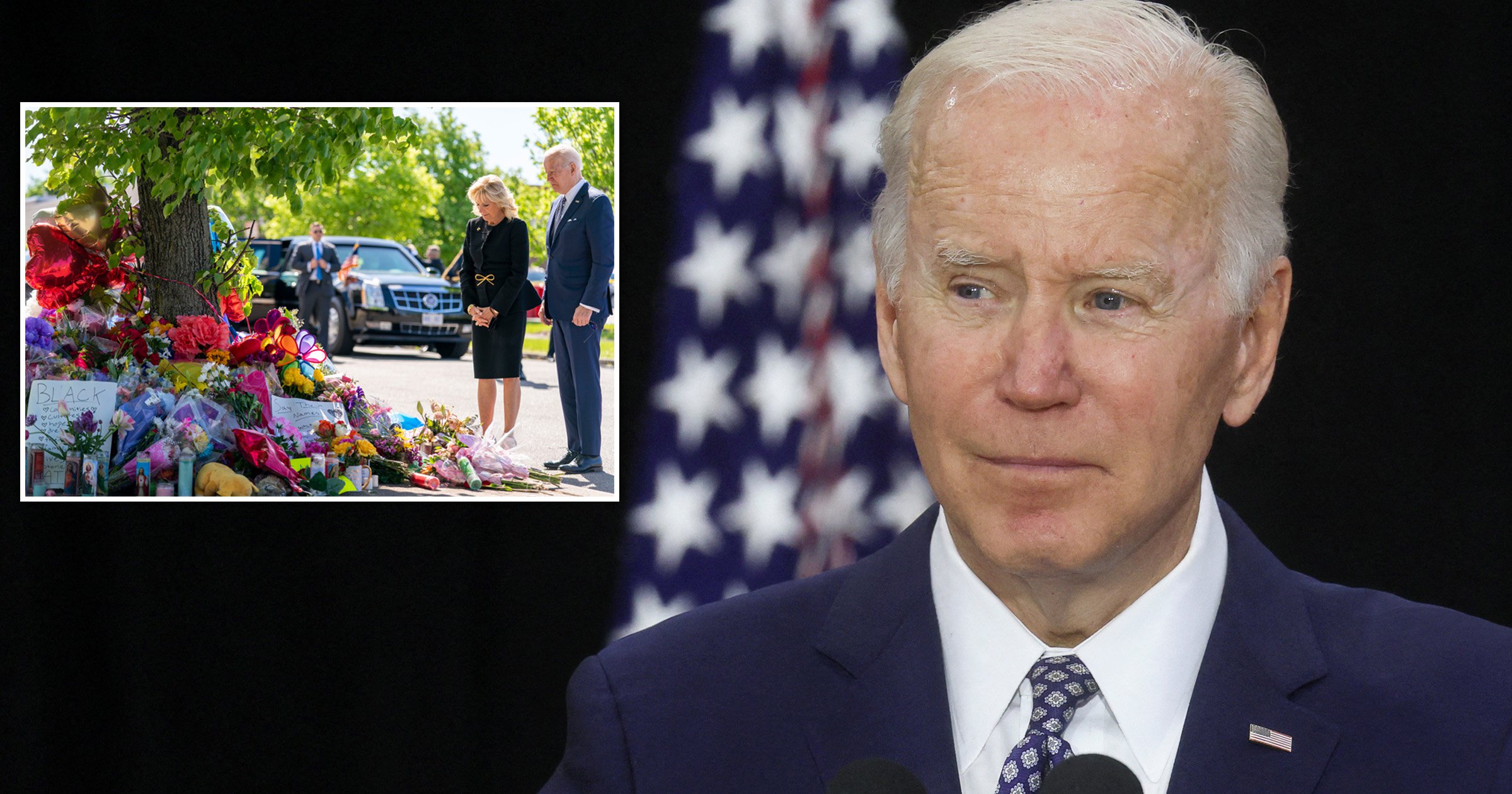 President Joe Biden has called the mass shooting at a supermarket in Buffalo, New York, ‘domestic terrorism’ and denounced white supremacy as ‘poison’.

Biden delivered an emotional speech on Tuesday afternoon in Buffalo, three days after the massacre at Tops Friendly Markets that left 10 people dead in a predominantly black neighborhood.

‘What happened here is simple and straightforward terrorism, domestic terrorism, violence inflicted in the service of hate, and a vicious thirst for power,’ Biden said.

Biden slammed white supremacy, saying that the US is made up of people of all races.

‘White supremacy is a poison. It’s a poison running through our body politic that’s been allowed to fester and grow right in front of our eyes. No more. No more,’ Biden said.

‘We need to say as clearly and forcefully as we can, that the ideology of white supremacy has no place in America.’

Biden also ripped backers of the ‘great replacement theory’, a conspiracy theory claiming that non-white people are being brought to the US to ‘replace’ white voters and push their own political agenda.

‘The media, and politics, the internet, have radicalized angry and lost and isolated individuals into falsely believing that they will be replaced. That’s the word. Replaced by other people who don’t look like them,’ Biden said.

‘I call on all Americans to reject the lie, and those who spread the lie for power, political gain, and for profit.’

Earlier on Tuesday, the president and First Lady Jill Biden, carrying a bouquet of white flowers, visited a makeshift memorial site across a street from the market parking lot. They bowed their heads and the president crossed himself before a tree with candles, balloons and stuffed animals remembering the victims.

Gendron has been charged with one count of murder and could face additional charges, authorities said.

The Police Believe 98 People Died in the Condo Collapse. One Hasn’t Been Found.

US analyst arrested for leaking intel to reporters