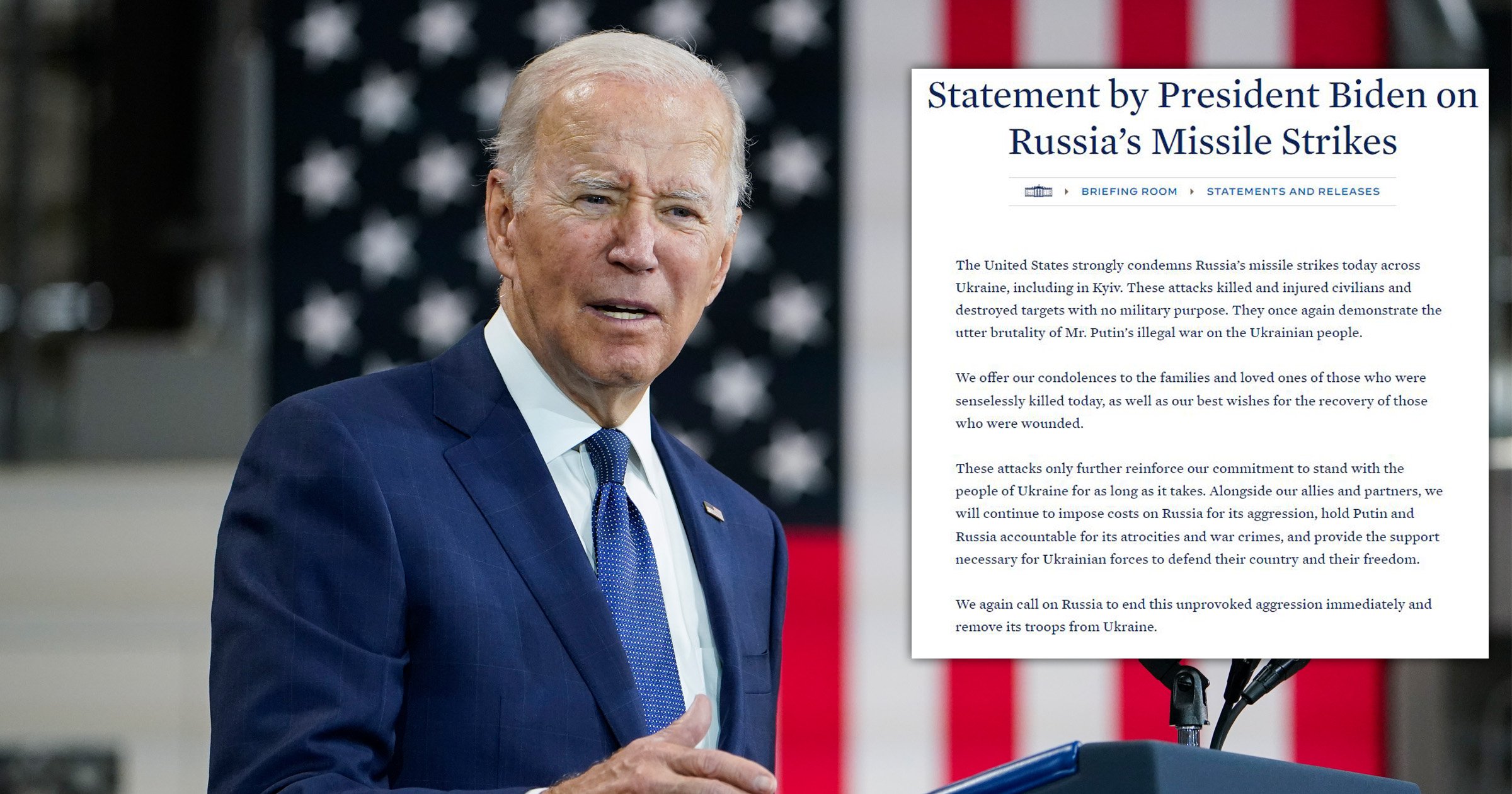 President Joe Biden condemned Russia’s missile strikes in Kyiv and across several Ukrainian cities on Monday that were akin to the first days of the war.

The airstrikes killed at least 11 people and injured 64 others, according to Ukrainian emergency services.

‘These attacks killed and injured civilians and destroyed targets with no military purpose. They once again demonstrate the utter brutality of Mr Putin’s illegal war on the Ukrainian people.’

Biden offered condolences to families and their loved ones who were ‘senselessly killed’ and wished for the wounded to recover. The president also reiterated the US’s support for Ukraine.

‘These attacks only further reinforce our commitment to stand with the people of Ukraine for as long as it takes,’ Biden stated.

‘Alongside our allies and partners, we will continue to impose costs on Russia for its aggression, hold Putin and Russia accountable for its atrocities and war crimes, and provide the support necessary for Ukrainian forces to defend their country and their freedom.’

Moscow launched at least 83 missiles apparently in retaliation for Ukraine blasting the Kerch Strait Bridge linking the Occupied Crimean Peninsula to Russia. The bridge is the main supply line for Russian troops fighting in southern Ukraine.

The Kremlin’s attack represents a significant escalation as Ukraine carried out a counteroffensive that pushed Russian troops back thousands of miles.

Biden called on Russia ‘to end this unprovoked aggression immediately and remove its troops from Ukraine’.

The US has provided more than $16.8billion in security assistance to Ukraine since Russia’s full-scale invasion began on February 24.

‘Russia once again has shown to the world what it stands for,’ stated EU Commission President Ursula von der Leyen. ‘It is terror and brutality.’

United Nations spokesman Stephane Dujarric said: ‘This constitutes another unacceptable escalation of the war and, as always, civilians are paying the highest price.’

Analysis – Despite bipartisan sheen, Trump's speech spoke to his base