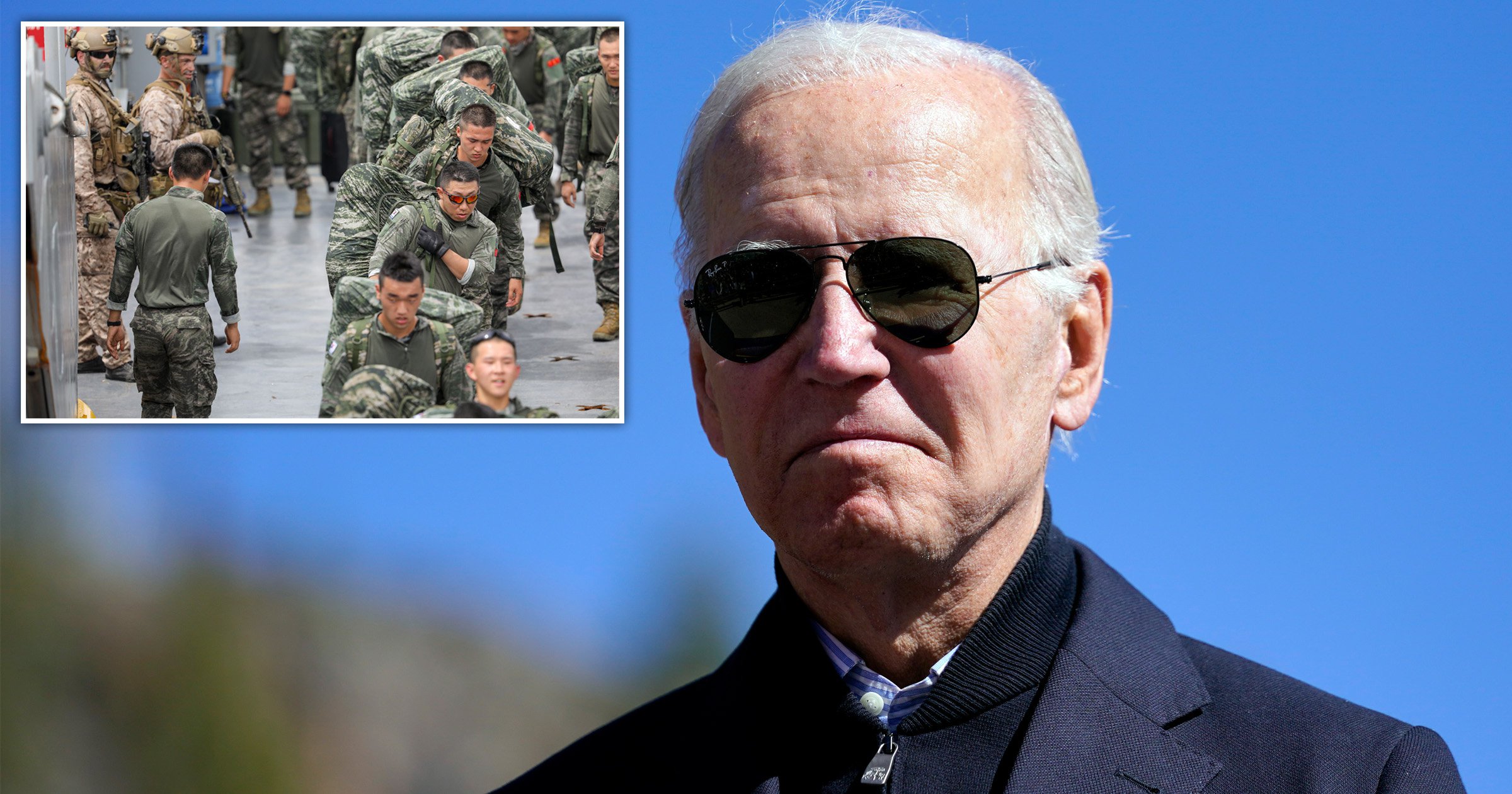 President Joe Biden called Russia an ‘imminent threat’ that requires ‘constraining’ but identified China as the longer-term threat to the US.

The 48-page document states that one of the US’s global priorities is ‘out-competing China and constraining Russia’.

‘Russia poses an immediate threat to the free and open international system, recklessly flouting the basic laws of the international order today, as its brutal war of aggression against Ukraine has shown.’

By contrast, China ‘is the only competitor with both the intent to reshape the international order and, increasingly, the economic, diplomatic, military, and technological power to advance that objective’, it states.

The document was released 21 months into Biden’s term, and less than a month before the midterm elections. Every administration releases a national security strategy periodically.

Biden said the US will defend ‘every inch’ of Nato territory from Russia and other opponents.

Today @POTUS and the @WhiteHouse released the U.S. National Security Strategy, which outlines how the United States will advance our vital interests and pursue a free, open, prosperous, and secure world. Read the full strategy: https://t.co/Yl9xaTMrrA

‘The United States will not allow Russia, or any power, to achieve its objectives through using, or threatening to use, nuclear weapons,’ the document states.

It does not provide further details on how the US would stop nuclear threats, which Russia has recently aired.

‘Russia now poses an immediate and persistent threat to international peace and stability,’ the document reads.

Biden’s national security adviser Jake Sullivan said it is imperative that the US quickly pinpoints the challenges that China presents.

‘This decisive decade is critical both for defining the terms of competition, particular with the (PRC), and for getting ahead of massive challenges that if we lose the time this decade we will not be able to keep pace with,’ he said.

But Sullivan added that the strategy shows the administration is not viewing the world ‘solely through the prism of strategic competition’.

‘We are not seeking competition to tip over into confrontation or a new cold war,’ Sullivan said.