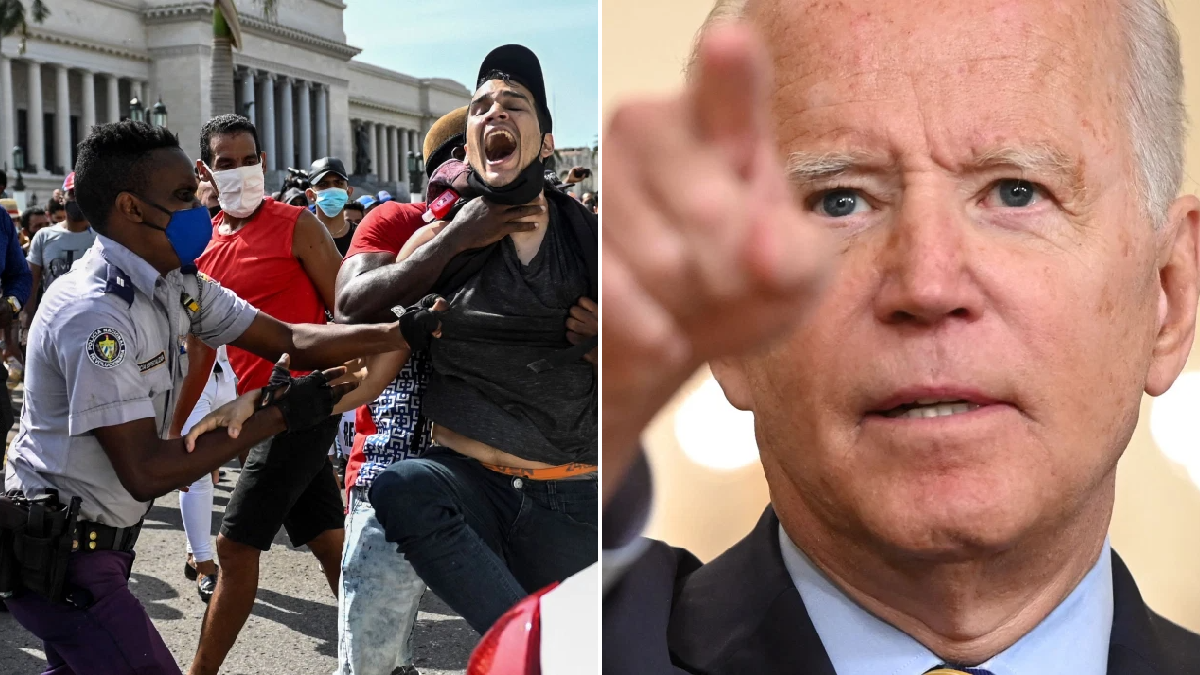 President Joe Biden has called on the Cuban government to yield to the demands of thousands of its people who staged the largest demonstrations the country has seen in nearly three decades.

Biden spoke in favor of Cuban citizens on Monday, a day after the people protested food shortages, power outages and a lack of medicine and other resources.

‘We stand with the Cuban people and their clarion call for freedom and relief from the tragic grip of the pandemic and from the decades of repression and economic suffering to which they have been subjected by Cuba’s authoritarian regime,’ Biden said in a statement issued in the morning.

The US president continued that Cubans are ‘bravely asserting fundamental and universal rights’.

‘Those rights, including the right of peaceful protest and the right to freely determine their own future, must be respected,’ Biden stated. ‘The United States calls on the Cuban regime to hear their people and serve their needs at this vital moment rather than enriching themselves.’

In Cadenas, about 90 miles east of Havana, demonstrators flipped a police vehicle over while yelling out ‘freedom’ and ‘people are dying of hunger’. Video footage showed protesters looting a store run by the government. The Communist government has suppressed dissenters for decades.

Cuban President Miguel Diaz-Canel Bermudez in a national address on Sunday said his regime was ‘prepared to do anything’ to quash the action on the streets. On Monday, he blamed the protests on a campaign by the US government to exploit his people’s ’emotions’ amid rising coronavirus deaths and power and food shortages.

Both Democratic and Republican lawmakers have voiced support for protesters.

Republican Senator Ted Cruz of Texas said the Communist regime ‘has brutalized and denied freedom to generations of Cubans’ and ‘will be consigned to the dustbin of history’.

‘I hope this is the beginning of real change toward freedom and democracy on the island,’ Malliotakis stated.

Is the bridge dead? Report on future of Massey crossing due Monday

How a stolen safe changed a burglar’s life