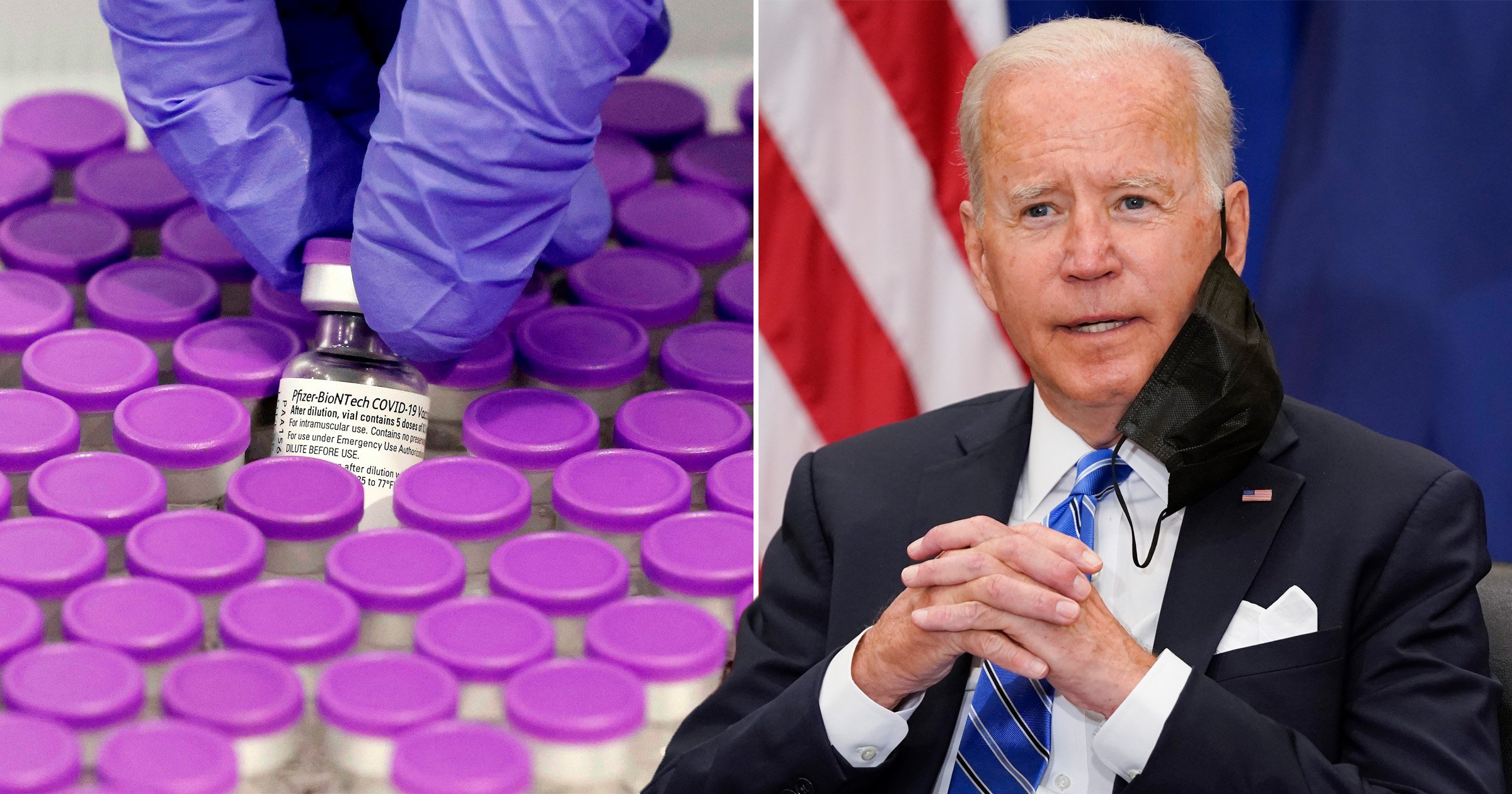 At a Covid summit he is convening, President Joe Biden is reportedly set to pledge 500million vaccine doses to send across the globe, bringing the country’s total donation pledge above 1.1billion doses.

Looking to inspire other countries, businesses and organizations to come together to defeat the virus, Biden will announce the massive donation of Pfizer’s vaccine at a virtual summit Wednesday morning. It comes just a day after his first address to the United Nations General Assembly.

Biden’s goal is to have 70% of the world vaccinated in a year.

More than 100 foreign leaders and hundreds of private sector figures, philanthropists and representatives of non-governmental organizations will be in attendance. The summit will include a mix of speeches and recorded statements, as well as sessions led by both Biden and Vice President Kamala Harris, Bloomberg reported.

The Pfizer vaccines will be made in four plants across the US and shipped to 92 low and lower-middle-income countries as well as the 55 member states of the African Union, Pfizer said Wednesday.

These doses are part of a pledge Pfizer previously made to provide 2billion doses to such countries over the next 18 months.

Vaccines will be shipped out using Covax, the global vaccine sharing system, beginning in January and going through next September.

The doses will be provided to the US government at a not-for-profit cost, according to press release from Pfizer. This year, 200million doses will be sent out, and 300million are to follow in 2022.

This pledge is in addition to a 500million dose donation announced in June at the Group of Seven summit in the UK, which began being distributed last month, which brings the total amount the US will donate well over 1billion.

Biden’s announcement comes at a time when the US and other wealthy countries are facing mass scrutiny from groups like the World Health Organization (WHO) for pulling resources toward creating booster shots for fully vaccinated people, when many people globally have yet to receive a single Covid shot.

In response to the criticism the White House has argued it can multitask, saying it can prepare to offer booster shots while also helping other parts of the world obtain vaccines, a US official told reporters ahead of the summit.

The summit will also include discussion on steps to expand Covid treatments, including oxygen, therapeutic drugs and supplies such as Covid-19 tests and personal protective equipment, Bloomberg reported.

In total, the event is expected to last over three hours, and will include about 30 speakers, including six heads of state.

The men who feel left out of abortion debate

A Utah School Made Black History Month Optional. Then It Reversed Itself.