A Cleveland judge declared a mistrial on Tuesday in the murder trial of Tevin Biles-Thomas, the brother of the Olympic gymnastics champion Simone Biles, who was charged last year in the fatal shooting of three people at a New Year’s Eve party in 2018.

A new trial will begin on Wednesday with jury selection.

The surprise turn in her brother’s case comes days after Ms. Biles became the first woman in history to execute a Yurchenko double pike on vault — a dangerous and difficult move that drew praise from many, including LeBron James and Michelle Obama. Ms. Biles, who has spoken and written in the past about her upbringing with her siblings in foster care, is heading to the Olympic Games in Tokyo this summer.

The trial was abruptly ended after jurors told the judge, Joan Synenberg of Common Pleas Court in Cuyahoga County, that they had mistakenly seen legal briefs among the trial evidence, Cleveland.com reported.

It was not immediately clear how the legal briefs became mixed with the evidence. The briefs reflected debate between prosecutors and Mr. Biles-Thomas’s defense lawyers regarding whether he acted in self-defense, Cleveland.com reported.

Legal paperwork in the case includes a motion by one of the defendant’s lawyers requesting the judge to instruct the jury on how to determine if he had acted in self-defense.

“The evidence in this matter tends to support that if a trier of fact believes that Tevin Biles-Thomas fired any weapon that it was in defense of DeVaughn Gibson,” the motion read.

On Monday, Ms. Synenberg asked the jurors if they had been influenced by information they read in the legal briefs, and they all agreed, Cleveland.com reported.

Mr. Biles-Thomas’s lawyers and the Cuyahoga County Prosecutor’s Office did not immediately respond to requests for comment on Tuesday.

The shooting had happened the previous December at a house party, according to a joint statement in 2019 from the Cleveland Division of Police and the Cuyahoga County Prosecutor’s Office.

“Around 11:30 p.m., an uninvited group walked into the house and an altercation ensued between the uninvited guests and those who were invited,” the statement said. “The altercation led to gunfire and multiple victims were shot, three of which were fatal. Several party attendees fled the scene.” 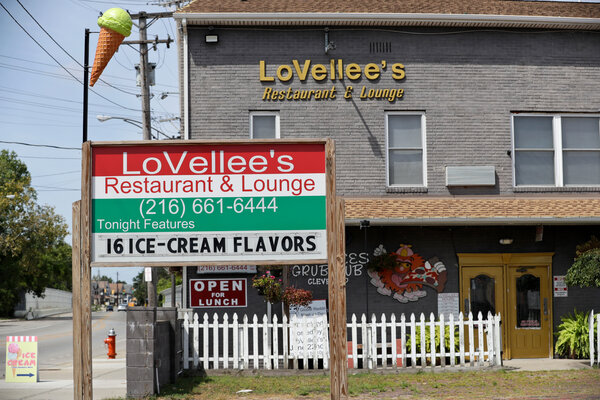 Representatives of Ms. Biles, 24, a five-time Olympic medalist, did not immediately respond to requests for comment. Ms. Biles is expected to participate in this year’s Olympic Games in Toyko.

In 2019, after her brother’s arrest, Ms. Biles said on Twitter that she was “having a hard time processing” the news.

“My heart aches for everyone involved, especially for the victims and their families,” Ms. Biles said then. “There is nothing that I can say that will heal anyone’s pain, but I do want to express my sincere condolences to everyone affected by this terrible tragedy.”

In an essay for CNN in 2018, she shared that her mother suffered from drug addiction, and that she and her siblings were removed from her mother’s custody when Ms. Biles was 3.

“From there, we bounced around until I was six and my grandparents made the brave move to adopt us,” she wrote. “Although I was young when my foster care ordeal began, I remember how it felt to be passed off and overlooked. Like nobody knew me or wanted to know me. Like my talents didn’t count, and my voice didn’t matter.”