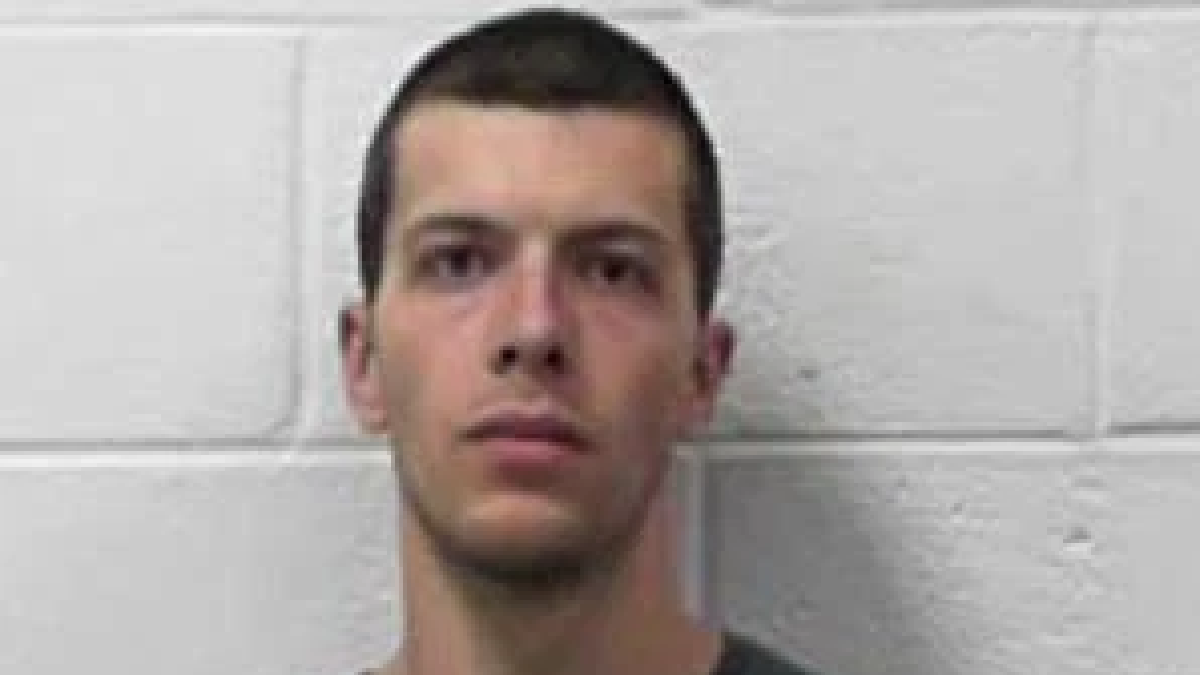 A judge sentenced a man to life in prison for killing his ten-month-old daughter despite the father pleading he didn’t want to be behind bars ‘forever’.

Jacob Lee Richards, 29, pleaded guilty to death of a child by a parent by child abuse in September last year and as a result may die in prison.

Richards, from Bluefield, Virginia, was brought before Circuit Court Judge Mark Wills earlier this week and appealed to the court ‘I just ask that you don’t make my incarnation forever’.

Sentencing, Judge WIlls, said: ‘A little baby’s life has been taken…based on that, the court finds the Mr. Richards is not a candidate for probation or any of the alternative sentences, so I’m going to sentence him for life.’

Richards was arrested on July 5 2017 after his 10-month-old daughter was brought to Bluefield Regional Medical Center with injuries, reports the Bluefield Daily Telegraph.

Doctors told Detectives at Bluefield Police Department that the infant had detached retinas in both eyes, numerous brain bleeds and brain trauma that were signs of Shaken Baby Syndrome. She died of her injuries in hospital on July 8 2017.

Richards was charged by Mercer County Grand Jury of first-degree murder, death of a child by parent by abuse, malicious assault and child abuse resulting in serious bodily injury.

He pleaded guilty to the death of a child by parent by abuse in September last year.

Attorney Joshua Lawson, who represented Richards with attorney John Byrd during Tuesday’s hearing, said their client understood that he had pleaded to a serious crime.

Lawson argued that Richards was undergoing detoxification when the child’s death occurred, but ‘he hasn’t tried to use it as an excuse’ and has accepted responsibility for his actions.

‘We’re not asking the court for probation’, Lawson told Wills, and added that ‘We know that’s not even feasible at this time.’

Lawson asked the court to consider ‘the vast array of sentencing options’ that would give Richards some chance of having a life in the future.

Richards read a letter in which he said that his actions ‘weigh heavily on my heart and soul’ and that he missed his daughter. He told his family that he had let them down and should have sought treatment for his addiction.

Richards said: ‘I miss our daughter so much and I’m sorry I took her away from you.’

Prosecuting attorney Brian Cochran said that based on the plea agreement that was previously made, the state recommended that Richards be sentenced to the penitentiary.

In sentencing Judge Wills added: ‘These are the type of cases where the court lays awake at night thinking about it.’

He added that after reviewing letters from the family and a probation officer’s report, he ‘had concerns about Richards’.

‘He told the probation officer that he blacked out and really didn’t remember what happened. To me, that’s hedging’, Wills said.

Wills told Richards that he has 60 days to file an appeal of his sentence. He was given 1,308 days credit for time served in jail since his arrest.

New York Is Pushing Homeless People Off the Streets. Where Will They Go?

Fewer Cars on 14th Street? Not Just Yet