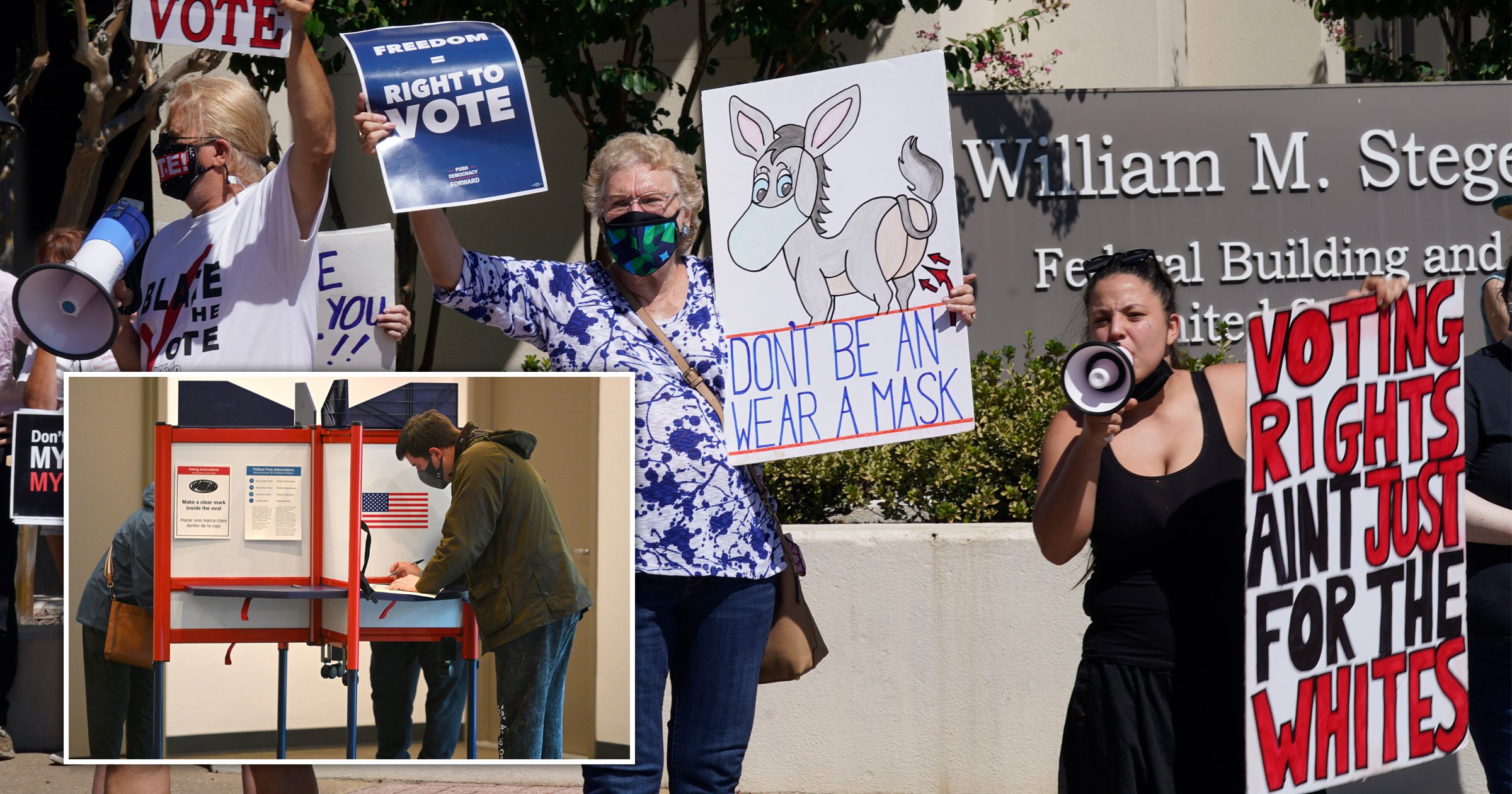 The Department of Justice has sued Texas over its new restrictive voting law that it deems disenfranchises certain voters and violates federal voting rights law.

The law illegally restricts voters’ rights by requiring rejection mail ballots to be tossed ‘for immaterial errors and omissions’, the Justice Department argues.

In addition, it harms the rights of voters with limited English proficiency and people serving in the military overseas, according to the Justice Department.

‘Before SB 1, the State of Texas already imposed some of the strictest limitations in the nation on the right of certain citizens to voting assistance,’ the Justice Department stated. ‘SB 1 further, and impermissibly, restricts the core right to meaningful assistance in the voting booth.’

The Justice Department’s suit comes after it sued Georgia over its new voting law, also arguing that it breaches federal voting rights law.

President Joe Biden’s Justice Department has waged various battle with Texas, including a legal challenge to its restrictive abortion law, as well as its efforts to block vaccine mandates.