Home » Americas » Karina Vetrano’s Killer Is Sentenced to Life, But Maintains ‘I Didn’t Do This’

[What you need to know to start your day: Get New York Today in your inbox.]

A Brooklyn man was sentenced on Tuesday to life in prison without chance of parole for the murder and sexual assault of Karina Vetrano, who was attacked as she jogged through a park near her home in Queens in 2016.

The man, Chanel Lewis, 22, was found guilty earlier this month after a second trial. His first trial ended in a hung jury.

Justice Michael B. Aloise told Mr. Lewis that if he ever planned to atone for his crime, “You’re going to do it inside a cage.”

Before he was sentenced, Mr. Lewis listened to a series of wrenching statements from Ms. Vetrano’s father, mother and two siblings. But when his turn to speak came, he said: “I’m innocent. I’m sorry for the family’s loss, but I didn’t do this.”

Mr. Lewis had confessed to beating Ms. Vetrano, and traces of his DNA were discovered on her neck and cellphone when she was found on an overgrown path in Spring Creek Park in Queens. Still, his lawyers argued that the confession had been coerced and the DNA evidence had been contaminated and was unreliable. 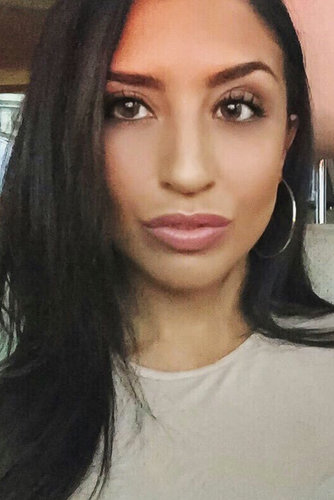 The killing of Ms. Vetrano, 30, was one of the most high-profile cases in the city in recent years, jarring for its apparent randomness and brutality, and it set in motion a massive manhunt by the police.

The prosecution of Mr. Lewis also prompted a fierce debate on social media, and in the courtroom, as some observers said the confession and DNA evidence were proof enough of Mr. Lewis’s guilt, while others argued that prosecutors had the wrong person.

Mr. Lewis’s lawyers said they intend to appeal. His supporters said they plan to hold protests in Howard Beach in Queens, where they said Ms. Vetrano’s true killer would be found.

Two of Mr. Lewis’s supporters, Kevin McCall and Chris Banks, were arrested outside the Queens courthouse for deliberately blocking traffic after speaking to reporters.