Home » Americas » Kemp and Perdue Debate, Looking Back at 2020 and Ahead to Abrams

Gov. Brian Kemp of Georgia and his Republican primary opponent, former Senator David Perdue, bickered over the previous election — and over who would be more likely to defeat Stacey Abrams in November. 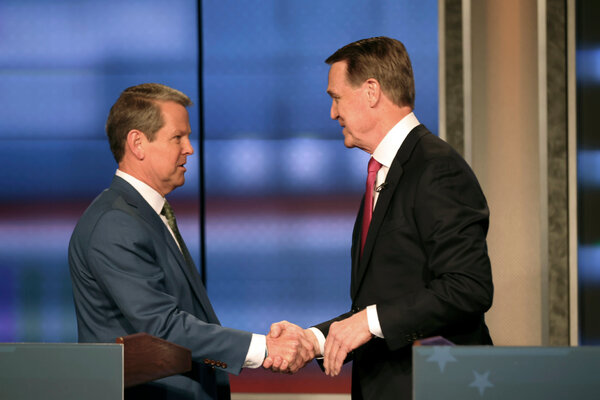 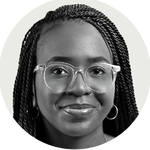 ATLANTA — Gov. Brian Kemp of Georgia and former Senator David Perdue, a former ally who is challenging him in the Republican primary next month, met in an explosive first debate on Sunday night that was marked by a lengthy rehashing of the 2020 election’s outcome and testy attacks each other’s veracity.

During the hourlong exchange, the candidates sparred over their conservative bona fides, a handful of policy issues popular on the right and who would ultimately be the stronger candidate against Stacey Abrams in November.

Mr. Perdue, who was defeated in a runoff last year by Jon Ossoff, a Democrat, repeatedly echoed former President Donald J. Trump’s baseless claim that the 2020 election had been “stolen and rigged” against the two of them, though multiple ballot recounts confirmed they had lost fair and square. Mr. Perdue, who was endorsed by Mr. Trump to challenge Mr. Kemp in the May 24 primary, assailed Mr. Kemp for refusing to call a special Georgia legislative session to try to overturn the election’s results.

But when Mr. Perdue claimed that he had repeatedly asked Mr. Kemp to call such a special session, the governor pushed back forcefully, reminding voters of the many days he and his family had spent on Mr. Perdue’s campaign bus, trying in vain to help him win a second term.

“Folks, he never asked me,” Mr. Kemp said. And when Mr. Perdue repeatedly accused the governor of lying, Mr. Kemp challenged him to produce witnesses to back up his claims.

Each man portrayed the other unfavorably in light of 2020: Mr. Perdue said Mr. Kemp had betrayed Republican voters by failing to overturn the election, and Mr. Kemp pointed to Mr. Perdue’s loss to Mr. Ossoff as proof that he is too weak to defeat Ms. Abrams, the Democrat who narrowly lost to Mr. Kemp in 2018 and is making a second run for governor this year.

Ms. Abrams’s candidacy loomed large over the entire evening, as both men underlined the danger they said she posed to Georgia if she wound up in the governor’s mansion. While Mr. Kemp holds a double-digit lead over Mr. Perdue in several polls, Mr. Perdue sought to remind voters of Mr. Kemp’s 1.4-percentage-point victory margin in 2018.

“He barely beat Stacey Abrams in ’18, when I helped him secure President Trump’s endorsement, which he still today doesn’t think helped him at all,” Mr. Perdue said.

The slugfest never let up, as a focus on Georgia policy issues in the debate’s second half-hour devolved into a fight over who was more authentically conservative, each candidate seeking to outflank the other from the right on education, public safety and jobs.

Mr. Kemp doubled down on his support for a bill that prohibits teaching of “divisive concepts” on race and history, saying that Republicans in the state “passed this piece of legislation to make sure that our kids are not going to be indoctrinated in our schools,” and that curriculums should focus on “the facts, not somebody’s ideology.”

But Mr. Perdue accused Mr. Kemp of abrogating his responsibility to protect students, parents and teachers alike. “They need to make sure that the woke mob’s not taking over the schools, and you’ve left them high and dry,” he said, asserting that the Atlanta schools were “teaching kids that voter ID is racist.”

Answering a question about Latino voters, Mr. Perdue criticized Mr. Kemp’s record on immigration, recalling a 2018 campaign ad in which Mr. Kemp promised to use his own pickup truck to “round up illegals.”

“Governor, what happened? Your pickup break down?” Mr. Perdue asked.

Mr. Kemp said that the Covid-19 pandemic had intervened, saying that “picking up” people would only have helped spread infection in the state — and then reminded voters, for the umpteenth time, of Mr. Perdue’s defeat last year.

“The fact is, if you hadn’t lost your race to Jon Ossoff, we wouldn’t have lost control of the Senate, and we wouldn’t have the disaster that we have in Washington right now,” Mr. Kemp said.

A few clear-cut policy rifts did come into view over Georgia-specific issues.

The two took opposite views of a new factory to produce electric trucks that is being built by Rivian Automotive in the state. Mr. Kemp exalted the project for the thousands of jobs it is expected to create, while Mr. Perdue cited an investment by the Democratic megadonor George Soros to dismiss Rivian as a “woke company,” saying that the project would redirect Georgians’ tax dollars into Mr. Soros’s pocket.

Mr. Perdue attacked Mr. Kemp from several angles over rising crime in Atlanta, saying the governor had shrunk the size of the Georgia State Patrol and faulting him for failing to get behind an effort by some residents of Atlanta’s wealthy Buckhead neighborhood, alarmed about the surge in violent crime, to secede from the city.

He accused the governor of staying out of the fray over the Buckhead secession movement for the sake of the “big company cronies downtown that are his big donors, that are desperate to not let that happen.”

Mr. Kemp said he had raised troopers’ salaries, enhanced their training, created a crime suppression unit and deployed more troopers in metro Atlanta. And he pointed to his signing this month of a law allowing Georgians to carry concealed firearms without a permit.

That was another way of fighting crime, he said.

“The bad people already have the guns,” Mr. Kemp said. “We’re trying to give law-abiding citizens the ability to protect themselves, their family and their property.”

Right to the end, both candidates were on message, and the message was largely a dim view of each other.

In his closing, Mr. Perdue called Mr. Kemp a “weak governor trying to cover up a bad record.”

Mr. Kemp, in his own summation, said Mr. Perdue was attacking his record in office “because he has none of his own, which is why he didn’t win his Senate race.”