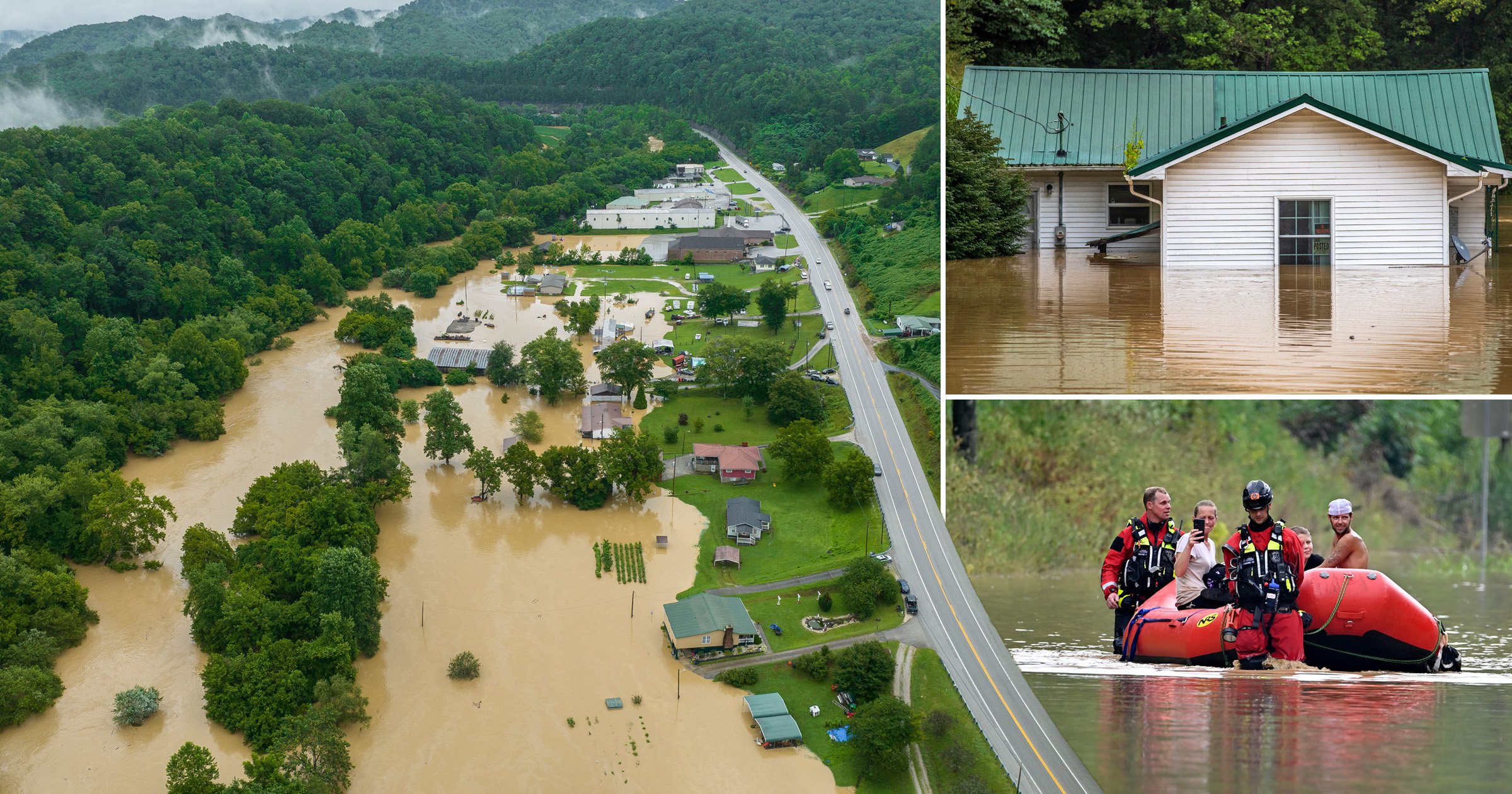 Catastrophic flooding has hit eastern Kentucky on Thursday, killing at least three people and submerging homes and roadways under massive amounts of rainfall.

The state’s governor, Andy Beshear, called it ‘one of the worst, most devastating flooding events in Kentucky’s history,’ during a news conference Thursday morning, where he confirmed the three deaths.

Photos of the devastation show houses completely submerged under water, or with water up to their roofs, downed trees and cables, mudslides and severely damaged roadways.

Some of the cities most impacted by the hazardous weather reported anywhere from nine to 12 inches of rain in a flash storm overnight, causing the massive amounts of flooding.

Hundreds of families were likely displaced by the natural disaster, according to the governor. At least 20,000 residents were left without power during the storm, which is expected to continue Thursday night.

Officials have said that two residents from Perry County, including an 81-year-old woman, are among the dead, as well as one person from Knott County. The governor warned residents to be prepared for a greater loss, as officials believe the death toll could reach double digits.

A flood warning has been in effect for the region, according to the National Weather Service. Over six inches of rain fell overnight, and an extra two to three are expected Thursday night.

The National Guard was sent out early Thursday morning to eastern Kentucky counties in order to help search for some of the many people who remain unaccounted for.

The devastating flooding in Kentucky comes just two days after record rainfall was recorded in St Louis, Missouri, where almost a foot of rain quickly flooded neighborhoods, killing at least one person and injuring dozens of others.

China sanctions Pompeo, other Trump officials as his term ends