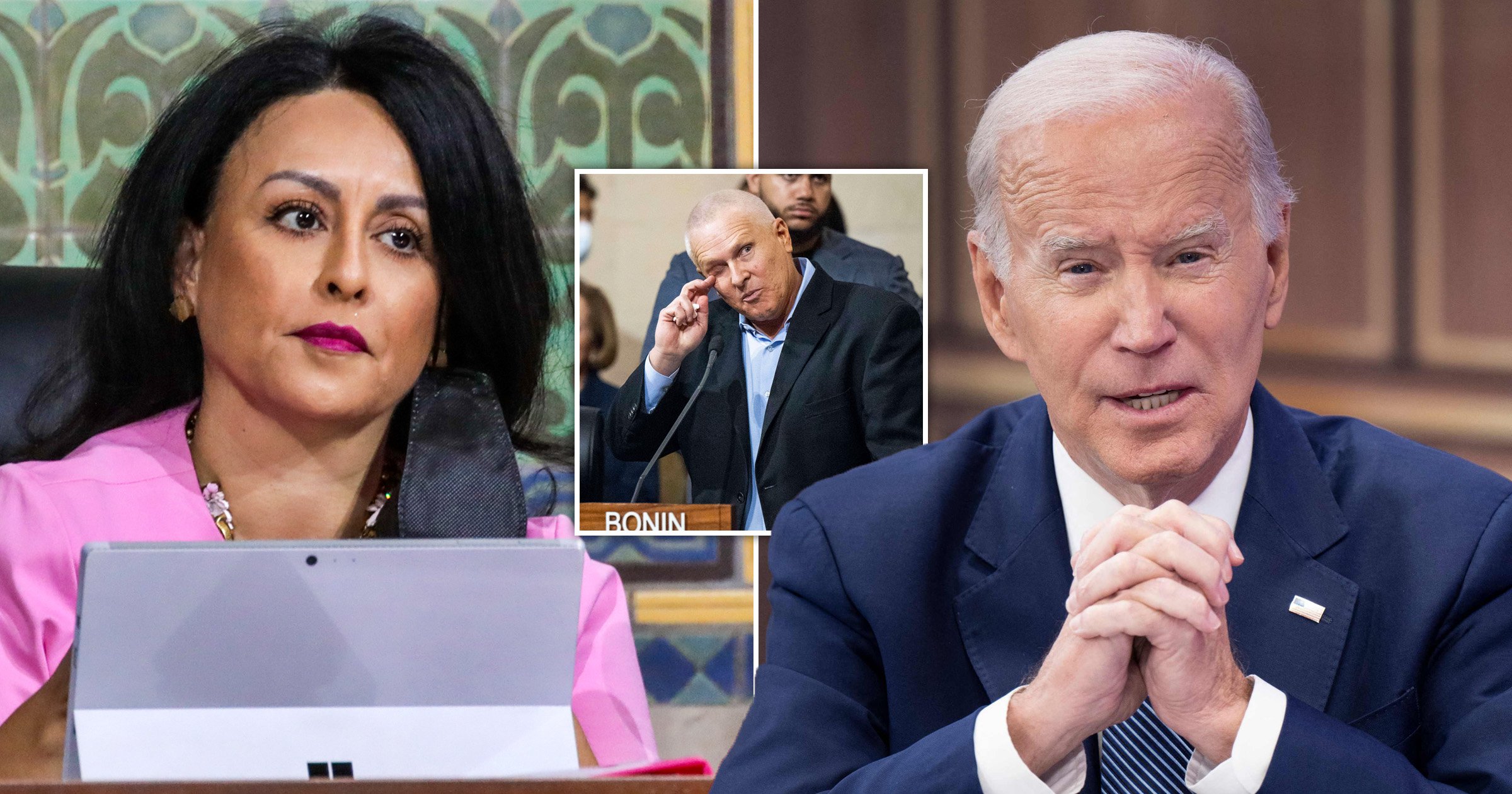 The former president of the Los Angeles City Council has taken a leave of absence as more audio tapes of her making racist remarks have circulated.

City Councilmember Nury Martinez announced her leave of absence before the start of a City Council meeting on Tuesday.

‘This has been one of the most difficult times of my life and I recognize this is entirely of my own making,’ Martinez stated. ‘At this moment, I need to take a leave of absence and take some time to have an honest and heartfelt conversation with my family, my constituents, and community leaders.’

Martinez did not attend the meeting on Tuesday, which was interrupted and adjourned when a crowd of protestors packed into the council chambers, calling for resignations.

President Joe Biden, who is set to visit Los Angeles on Wednesday, also joined in the calls for their resignations.

‘He believes that they all should resign,’ White House Press Secretary Karine Jean-Pierre said at a briefing on Tuesday. ‘The language that was used and tolerated during that conversation was unacceptable, and it was appalling. They should all step down.’

The other two councilmembers at the meeting – Gil Cedillo and Kevin de Leon – have issued apologies, along with Los Angeles Federation of Labor leader Ron Herrera, who resigned from his position on Monday.

Martinez stepped down from her leadership position as president of the council, but has so far not indicated whether she plans to resign from her seat.

The scandal broke when an audio recording of a meeting between the four was published by the Los Angeles Times on Sunday.

In the recording, Martinez can be heard calling fellow councilmember Mike Bonin’s son’s behavior as ‘parece changuito (like a monkey).’ Bonin’s son is black.

She also called his son was an ‘accessory’ to bring to events, and Councilmember de Leon compared him to Goyard or Louis Vuitton bag.

In another recording, Martinez can be heard calling immigrants from Oaxaca ‘little short dark people’ and ‘tan feos (so ugly).’

She can also be heard criticizing Los Angeles District Attorney George Gascon, who she said was ‘with the blacks.’

‘The judíos (Jews) cut their deal with South LA,’ Martinez says in the recording. ‘That’s how I see it. And they’re gonna screw everybody else.’

Martinez later called Councilmember Paul Krekorian’s Armenian-American chief of staff ‘the guy with the one eyebrow.’

In a statement posted on Facebook, Nazarian agreed that all three councilmembers should step down. ‘In a council whose membership is filled with historic firsts, prejudice should have no place in the leadership conversations of our community,’ Nazarian stated. ‘Each of them should demonstrate their commitment to the healing of Los Angeles, by tendering their resignations from public office.’

The mayor of Baltimore tests positive for Covid.

Saudi Linked to Florida Shooting Probed for Terrorism. He Had Clashed with Instructor.