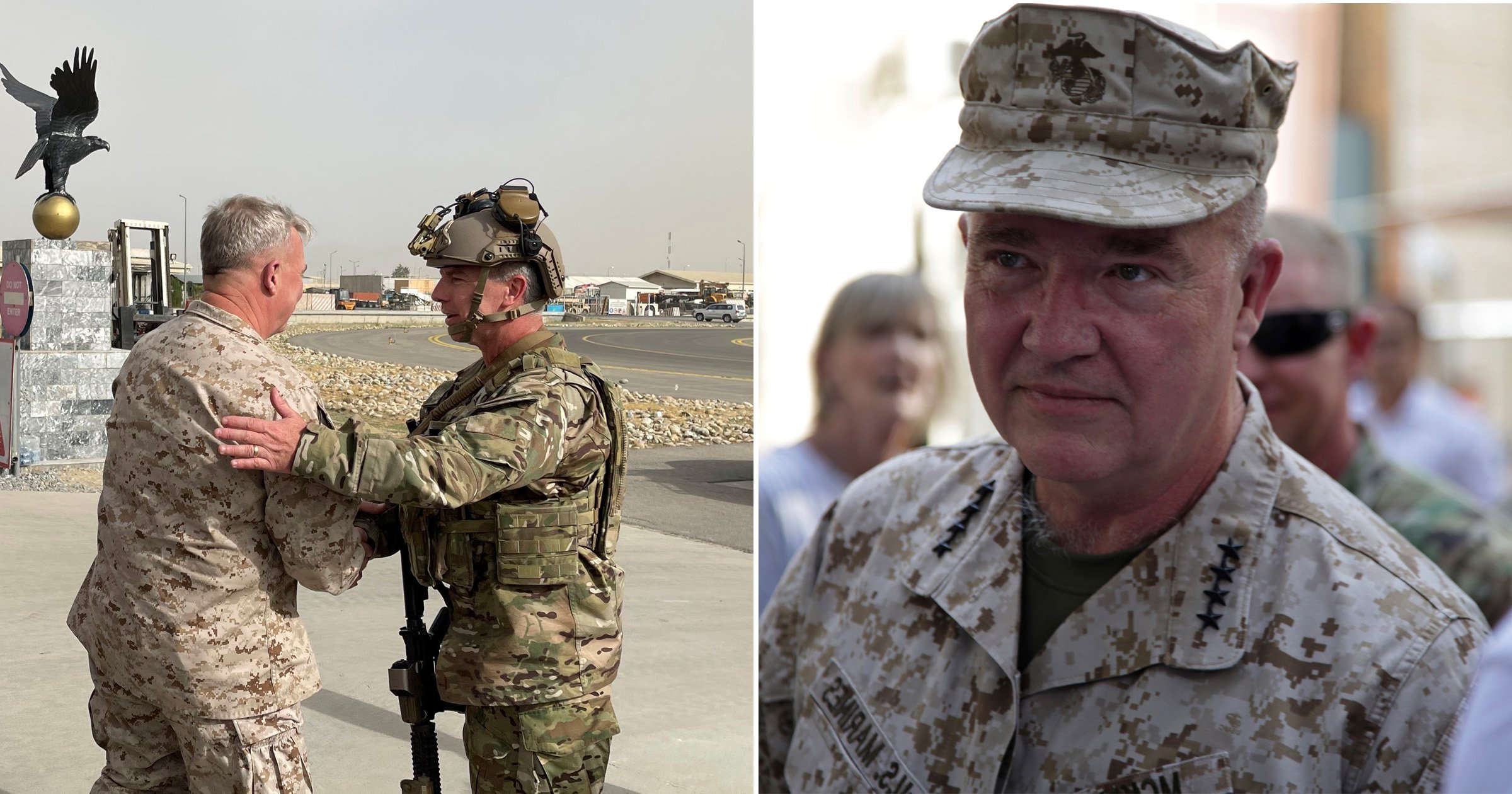 The US’s evacuation mission in Afghanistan has concluded, with the last C-17 military plane departed on Monday afternoon.

‘I’m here to announce the completion of our withdrawal from Afghanistan and the end to the military mission to evacuate American citizens, third-country nationals and vulnerable Afghans,’ Marine Corps General Kenneth McKenzie, commander of US Central Command, said during a Pentagon briefing.

The last C-17 lifted off from Hamid Karzai International Airport in Kabul at 3.29pm ET, according to McKenzie.

‘The last manned aircraft is now clearing the airspace above Afghanistan,’ McKenzie said, adding that officials would soon release a photo of the C-17 leaving.

‘While the military evacuation is complete, the diplomatic mission to ensure additional US citizens and eligible Afghans who want to leave, continues.’

The Pentagon’s announcement that the last US troops had left Kabul came nearly 24 hours before the August 31 deadline agreed upon with the Taliban.

Witnesses in Kabul reported that the Taliban celebrated with gunfire upon hearing that the last US flight had taken off.

White House Press Secretary Jen Psaki in her briefing earlier on Monday did not disclose details when asked if the mission would wrap up on Monday or on the deadline day Tuesday.

Calm in Kenosha, violence in Minneapolis as protests continue

GP could face jail after embezzling more than £1.1m in less than two months
Asia