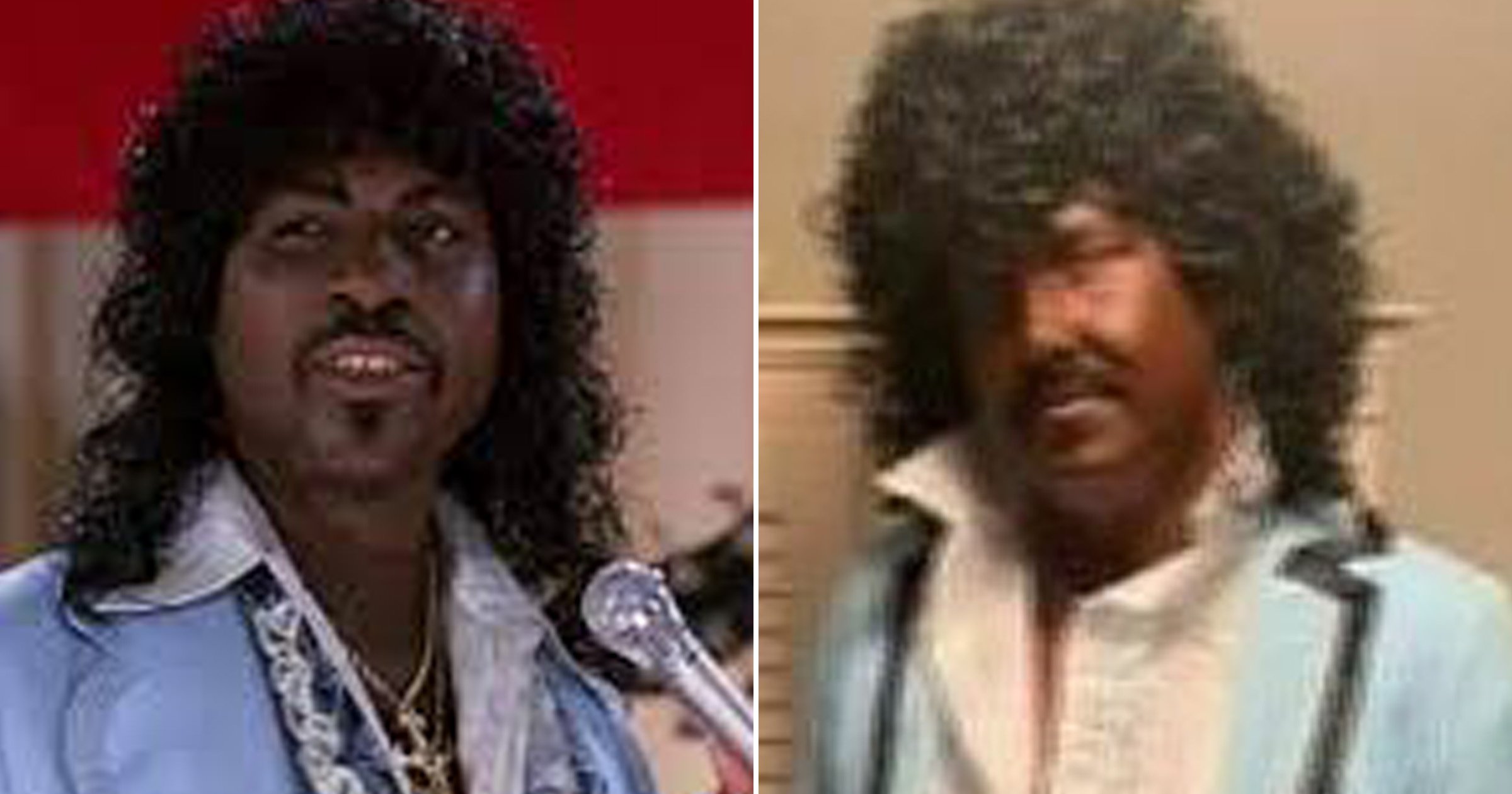 A white politician posted a photo on social media of himself wearing blackface to look like an Eddie Murphy character for Halloween weekend. And in a now-deleted apology, he said it displayed ‘freedom of expression’ and he doesn’t think he did anything wrong.

Faron Hamblin, a councilman in the town of Warsaw, Virginia, shared the image of himself dressed as Randy Watson, a character played by Eddie Murphy in the 1988 romantic comedy Coming to America.

‘I went out as the legendary Randy Watson tonight. Give it up for my band Sexual Chocolate,’ Hamblin wrote in a Facebook post, referencing the fictional singer from the popular movie, according to WWBT.

The photo shows Hamblin, who is also a musician, donning a blue suit, curly wig and dark makeup.

Shortly after Hamblin shared the photo, he received backlash and criticism, leading him to delete the post.

The councilman later issued a response to his public Facebook page.

‘Folks I made a post of me dressed like the movie character Randy Watson. For those of you who know the movie, Randy is a black man. So I dressed the part. Suit, hair and yes my makeup was brown,’ Hamblin wrote in the post, according to a screenshot from WWBT.

‘Many saw it degrading, which I did not. I did it to show my love for the character and the movie. But since I’m white it’s considered by some as offensive to dress as a black person.’

In the movie, Murphy also played a white Jewish man named Saul, which Hamblin referenced in his post.

‘In the movie Eddie Murphy portrayed a white Jewish man and it was funny as hell,’ Hamblin wrote. ‘I can’t speak for the Jewish community and I’m sure some were offended. But Eddie showed his freedom of expression. He never meant any ill harm to the Jewish community.’

Hamblin added that he never intended for the picture to come off as racist.

‘I made a post that hurt a lot of folks and that was not my intention,’ he said.

Hamblin is one of many politicians who have recently been called out for donning blackface, including Virginia Governor Ralph Northam. The practice dates back to early 19th century minstrel shows that were performed by white actors impersonating black people and perpetuating harmful and offensive stereotypes.

A spokesperson for the town of Warsaw shared with Insider an apology from Hamblin sent to the Richmond County NAACP.

Hamblin said that he deleted his original Facebook apology post because he believed ‘it was in my personal best interest and the community’s best interest to remove the post in order for all parties involved to move forward and to learn from this incident’.

‘In both my personal and professional life, I have always been a friend and ally to the black community and will use this as a learning opportunity to move forward a better and more knowledgeable person,’ he said in his letter.

What will cannabis drinks’ labels say? Here’s why ‘barley soda’ is a possibility

3 rushed to hospital, including child, after incident at residential building in Etobicoke