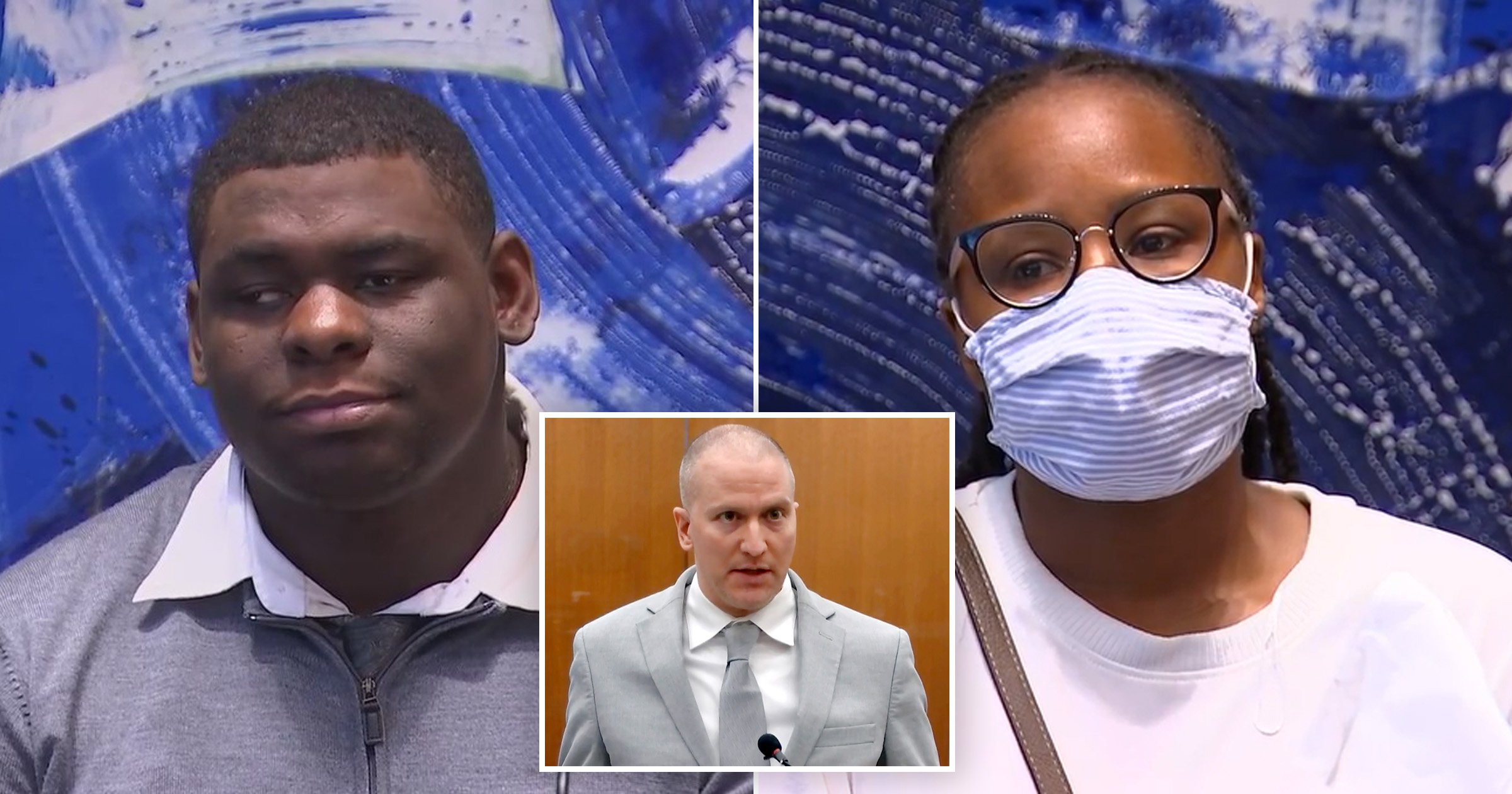 John Pope Jr and Zoya Code allege Chauvin knelt on both of their necks in 2017, similarly to how the former cop killed George Floyd, the separate lawsuits allege.

Pope was 14-years-old when he says Chauvin subjected him to gratuitous force when responding to a domestic disturbance report. When Chauvin arrived he entered Pope’s bedroom, where Pope was lying on the ground using his cellphone.

‘Chauvin rushed Pope and struck him multiple times on the head with a large flashlight,’ and ‘pinned Pope to the floor with his knee, the same tactic he used on George Floyd,’ the lawsuit alleges.

The second cases alleges Chauvin used excessive force against Code after she allegedly tried to strangle her mother with an extension cord. Chauvin was accused of slamming her head on the ground and putting his knee on the back of her neck.

Pope and Code are both black, while Chauvin is white. Both claim racism and civil rights violations in the lawsuits. They also claim the city knew he had a record of misconduct but never stopped him, allowing him to remain on the job until he killed Floyd in 2020.

Floyd was a 46-year-old black man suspected of using a counterfeit bill. He was killed in May 2020 when Chauvin knelt on his neck as three other officers watched.

Video of the horrific death sparked nationwide protests. Chauvin was sentenced to 22-1/2 years in prison last year after his conviction on murder charges. He also pleaded guilty in federal court to charges he violated Floyd’s civil rights.

Criminal charges against both Pope and Code were eventually dropped. Their lawsuits also name the city of Minneapolis as a defendant.

‘The incidents involving John Pope and Zoya Code are disturbing. We intend to move forward in negotiations with the Plaintiffs on these two matters and hope we can reach a reasonable settlement,’ the Minneapolis City Attorney’s Office said.

Monolith monotony? Another mystery structure appears and vanishes in California