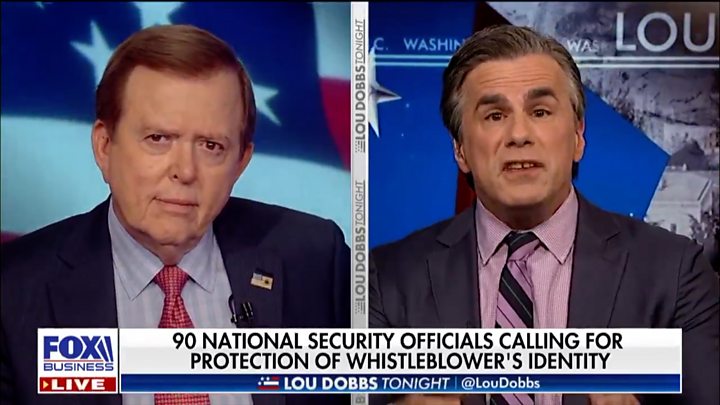 An eight-page letter from White House lawyers to Democratic leaders in the House decries the impeachment inquiry as “baseless” and “constitutionally invalid”. They don’t have a case, says legal scholar Jonathan Turley.

The letter rightfully raises concerns over the lack of a House vote and the secrecy of proceedings – Democrats have limited Republicans in their effort to question witnesses and secure material.

However, that is not a legitimate basis for refusing to co-operate or supply clearly material evidence.

The letter emphasises a lack of due process in the proceedings.

This is a constitutional function of the highest order for Congress. There is a legitimate basis for congressional investigation under both its oversight and impeachment authority.

If proven, these allegations of self-dealing could be a basis for articles of impeachment.

A president cannot simply pick up his marbles and leave the game because he does not like the other players. A refusal to co-operate with a constitutionally mandated process can itself be an abuse of power.

Mr Trump’s earlier tweet about wanting an ambassador to testify (but blocking him because he does not trust the committee) is the death knell for a privilege claim.

A president cannot withhold material evidence because he does not like the other party in control of a house of Congress.

It must be based on a claim that disclosure, even to a co-equal branch, would undermine national security or diplomatic relations or essential confidential communications.

This letter repeats that flawed premise for refusing to co-operate. It is a curious move since tweets by Mr Trump could be dismissed (as the Department of Justice did in the immigration litigation) as not reflective of the real position of the government.

Now, the White House counsel himself has embraced those same arguments.

The letter is another avoidable self-inflicted wound by a White House that seems intent on counter-punching itself into an impeachment.

There are defences here as well as viable privilege arguments. This letter however is eviscerating those defences with a reckless abandon.

Jonathan is professor of constitutional law at George Washington University