Lester L. Wolff, a former New York Democratic congressman who championed President Lyndon B. Johnson’s Great Society programs in the 1960s and America’s fight against international drug trafficking in the ’70s, died on Tuesday in Syosset, N.Y. He was 102.

The death, at a hospital, was confirmed by his son, Bruce Wolff.

Born in 1919, Mr. Wolff was the oldest living former member of the House of Representatives. Representing a district that encompassed parts of Queens and Long Island from 1965 to 1981, he co-sponsored the original Medicare law; carried a message from China’s paramount leader, Deng Xiaoping, to President Jimmy Carter that led to full Sino-American diplomatic recognition in 1979; and helped expose Indochina’s so-called Golden Triangle as a major source of heroin destined for the United States and its troops in Vietnam.

In a storybook childhood, he met Babe Ruth and Lou Gehrig at Yankee Stadium and received a baseball for his bar mitzvah signed by the 1932 Yankees (who won the American League pennant and swept the Chicago Cubs in the World Series). At 16, he did song-and-dance routines in nightclubs. He cast his first vote in 1940, for President Franklin D. Roosevelt.

Mr. Wolff, who has asthma, was ineligible for service in World War II, but he volunteered for the Civil Air Patrol. He flew hundreds of missions over Atlantic coastal waters as a pilot and observer on the lookout for German submarines and the wreckage and survivors of allied ships torpedoed offshore.

“I didn’t actually spot any German submarines, but I felt I was doing my duty, and I loved to fly,” Mr. Wolff said in an interview for this obituary in 2017. “I had always wanted to fly, and I learned how on Staten Island, in Piper Cubs.”

As one of the wartime patrol’s last survivors, he received the nation’s highest civilian honor, the Congressional Gold Medal, on behalf of the organization in 2014.

After the war, Mr. Wolff went into marketing, founded his own agency and rang up millions in annual billings for grocery-chain ads. He also went on radio and television as a political talk-show host. In 1960, he interviewed Senator John F. Kennedy, the Democratic presidential candidate, who liked Mr. Wolff’s P.T. Barnum chutzpah and advised him to go into politics.

As one of his first acts in the House, Mr. Wolff was a sponsor of the Medicare bill. He also voted for Johnson’s other legislative cornerstones, Medicaid and the Voting Rights Act of 1965. In eight terms in Congress, his wide-ranging legislative agenda included bills to strengthen Social Security, environmental protections, veterans’ benefits, famine relief and assistance for refugees.

His voters in Queens (Bayside, Hollis) and Nassau County (Mineola, Great Neck, Roslyn), on New York City’s eastern edge, were mostly middle-class homeowners who liked his can-do style. Senator Robert F. Kennedy campaigned for his re-election in 1966, and he returned the favor in the 1968 presidential primaries. After the senator’s assassination, Mr. Wolff endorsed the antiwar Democratic senator Eugene J. McCarthy of Minnesota.

Traveling to more than 75 countries in Asia, Europe, Africa and Latin America on fact-finding trips that his opponents derided as junkets, Mr. Wolff identified the “Golden Triangle” of Thailand, Laos and Burma as the major source of opium smuggled into the United States and to its forces in Indochina. In 1971, he estimated that up to 60 percent of Americans fighting in Vietnam were using drugs.

And in 1977, four decades before Donald J. Trump proposed a wall on the Mexican border, Mr. Wolff, as chairman of the Select Committee on Narcotics Abuse and Control, scoured the 1,900 miles of what he called “our Maginot Line,” where drug smugglers eluded border patrols like the German invaders who skirted fixed French defenses in World War II.

“We have six tons of heroin getting into the country a year, and last year the Border Patrol interdicted 14 pounds of it,” Mr. Wolff said. “You can just walk across the Rio Grande.”

Heading a congressional delegation to Beijing in 1978, Mr. Wolff met Deng, who had reformed China’s economy after Mao Zedong’s death. Washington still recognized the Nationalist regime on Taiwan as China’s legitimate government, although normalizing relations with the People’s Republic promised vast economic and political benefits for both China and the United States.

In a signal to President Carter, Mr. Wolff recalled, “Deng told me, ‘Don’t let Taiwan stand in the way of establishing diplomatic relations.’ I went home and told Carter about this.” Then, in one of the turning points of the Cold War, Mr. Carter announced that on Jan. 1, 1979, the United States would formally recognize Communist China and sever relations with Taiwan.

Helping to soothe worries over Taiwan’s future, Mr. Wolff co-wrote the Taiwan Relations Act of 1979, which acknowledged the People’s Republic as China’s sole legal government but mandated American protections for Taiwan’s security, economy and other interests. Signed into law by Mr. Carter, it stabilized the American position in Asia.

In 1980, after 16 years in office, Mr. Wolff lost his re-election bid to John LeBoutillier, the Republican, Conservative and Right-to-Life candidate. Voters had been troubled by Mr. Wolff’s many trips abroad at public expense, and Mr. LeBoutillier had promised to travel only between Washington and New York. 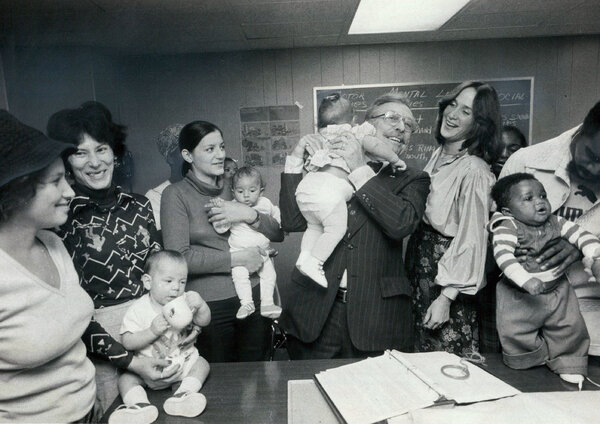 Lester Lionel Wolff was born in Manhattan on Jan. 4, 1919, the only child of Samuel and Hannah (Bartman) Wolff. His father, a marketer, worked for Ruppert Breweries, then a sprawling plant on the Upper East Side of Manhattan. Its owner, Jacob Ruppert, also owned the Yankees, and the connection allowed Lester to meet players, attend games and sometimes sit in the Yankee dugout during team practices.

Lester grew up in Washington Heights, in northern Manhattan, attended Public School 189 and graduated from George Washington High School in 1935 and from New York University in 1939.

From 1948 to 1960, Mr. Wolff produced and moderated “Between the Lines,” a local public-affairs television program, on which he interviewed politicians like Carmine G. DeSapio, the last sachem of Tammany Hall, the Democratic political machine in New York.

In 1950, Mr. Wolff founded the Coordinated Marketing Agency, which placed ads for regional grocery store chains. The company prospered, and he remained chairman until 1964, when he ran for Congress.

After his congressional years, he was a director on various corporate boards and a consultant on Asian affairs and international trade. For years, he commuted to Washington to interview House and Senate members for the weekly PBS public-affairs program “Ask Congress.”

Mr. Wolff, who lived in Muttontown on Long Island, had a lucid memory for events and conversations from decades ago. He recalled sharing a whiskey toast in Hanoi in 1979 after Nguyen Co Thach, Vietnam’s foreign minister, promised to help find 500 Americans still missing after the Vietnam War.

“There were some results,” Mr. Wolff said. “But Vietnam gave up information grudgingly.”