In the murky waters of the Strait of Malacca, about 90 miles south of Phuket, Thailand, four divers discovered a World War II submarine that was scuttled 77 years ago, now teeming with marine life.

The wreckage, which is believed to be the U.S.S. Grenadier, was first located last October by the divers Jean Luc Rivoire, Lance Horowitz, Benoit Laborie and Ben Reymenants, the team announced this month.

Over the subsequent six months, the men — one of whom, Mr. Reymenants, assisted in the 2018 rescue of the boys’ soccer team that was trapped in a cave in northern Thailand — completed six carefully planned dives to study and identify the submarine, Mr. Horowitz, 36, said on Friday from Phuket.

After taking measurements of several parts of the submarine, including the hatches and capstans, and comparing them with technical drawings from the National Archives and Records Administration, the men felt confident that they had located the Grenadier, he said.

“It was as good as we were hoping for, really,” Mr. Horowitz said of the team’s $110,000 expedition. “I think a lot of people dream of finding, or discovering, or stumbling upon something that has some historical importance to it. It was a very powerful feeling; it was wonderful.”

The Grenadier, named after a deep-sea fish with a long body and a short, pointed tail, is more than 300 feet long and weighs 1,475 tons, according to the Naval History and Heritage Command, which is responsible for the preservation, analysis and dissemination of American naval history. The ship was found sitting upright more than 260 feet underwater, the divers said in a statement, adding that it was partly covered with fishing nets. 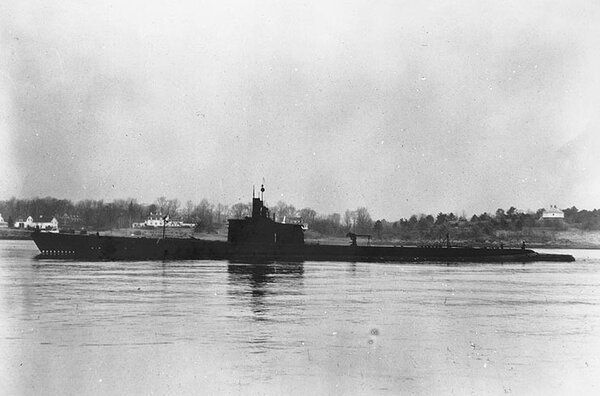 The next step for the divers is to have their findings verified by the naval history command. The data associated with each discovery — videos, photographs and measurements — is assessed against archival and historical records, according to Robert Neyland, the head of the command’s underwater archaeology branch. The process to verify this submarine would most likely take a few months, he added.

“Confirming the identity of any potential discovery, as in the case of U.S.S. Grenadier, is a process that is given much weight by the U.S. Navy, as it not only affords legal protections to the site through the Sunken Military Craft Act, but the act can also provide closure to the families of those sailors lost in the line of duty,” Dr. Neyland said in an email.

Before the Grenadier met its demise, it sank six ships, according to the Navy.

On April 20, 1943, the submarine spotted two merchantmen and approached for an attack. The next day, while on the surface, the Grenadier spotted and was spotted by a Japanese plane. As the ship submerged itself for safety, it was shaken by bombs, the Navy recounted, forcing the submarine to plummet to 267 feet below the surface.

While the hull and hatches were badly leaking, a fire had also broken out, causing more chaos, Lt. Cmdr. John A. Fitzgerald and five other men later recounted.

In the early morning hours of April 22, two Japanese ships were spotted in the distance. Robert W. Palmer, one of the sailors aboard the Grenadier when it was struck, wrote in “The Silent Service in World War II” that the men then used several types of firearms, including 20-millimeter guns, rifles, pistols and Tommy guns, to fire at another plane, which ultimately dropped a bomb nearby.

Before scuttling the submarine, the men destroyed a coding machine with hammers, Mr. Palmer said, adding that the torpedo data computer and radio gear were all intentionally damaged by the crew. Documents, he said, were thrown overboard with weighted bags.

All 76 crew members survived the attack, but they faced an uncertain future.

After the skipper ordered all men into the water, they were picked up by a Japanese armed merchant ship, Mr. Palmer said. They were taken to a commandeered Catholic school in Penang, Malaysia, where they were tortured.

“Beating, burning, breaking fingers with bamboo or pencils between them were perpetrated on the men by Japanese soldiers who sneered and joked,” Mr. Palmer wrote. The captives were forced to sit or stand in silence in an attention position, he said: “Any divergence resulted in a gun butt, kick, slug in the face or a bayonet prick.” The crew’s Japanese captors also used tactics like pushing the blade of a pen knife under the fingernails to get the men to talk about their submarine, he wrote.

“This was the beginning of 28 and a half months of similar treatment for most all of the crew and officers alike,” he said. Four Grenadier crew members died in Japanese captivity.

“It’s amazing how the families of survivors have reached out to us since they’ve found out it’s been discovered,” Mr. Horowitz said on Friday. “And it’s really brought them a lot of closure, and almost comfort.”

What will happen to the Grenadier isn’t exactly known. The submarine is still the property of the U.S. government, Mr. Horowitz said.

“We would just like it to be known for the historical value, the emotional value.”

Heads up! A used Chinese rocket is tumbling back to earth this weekend