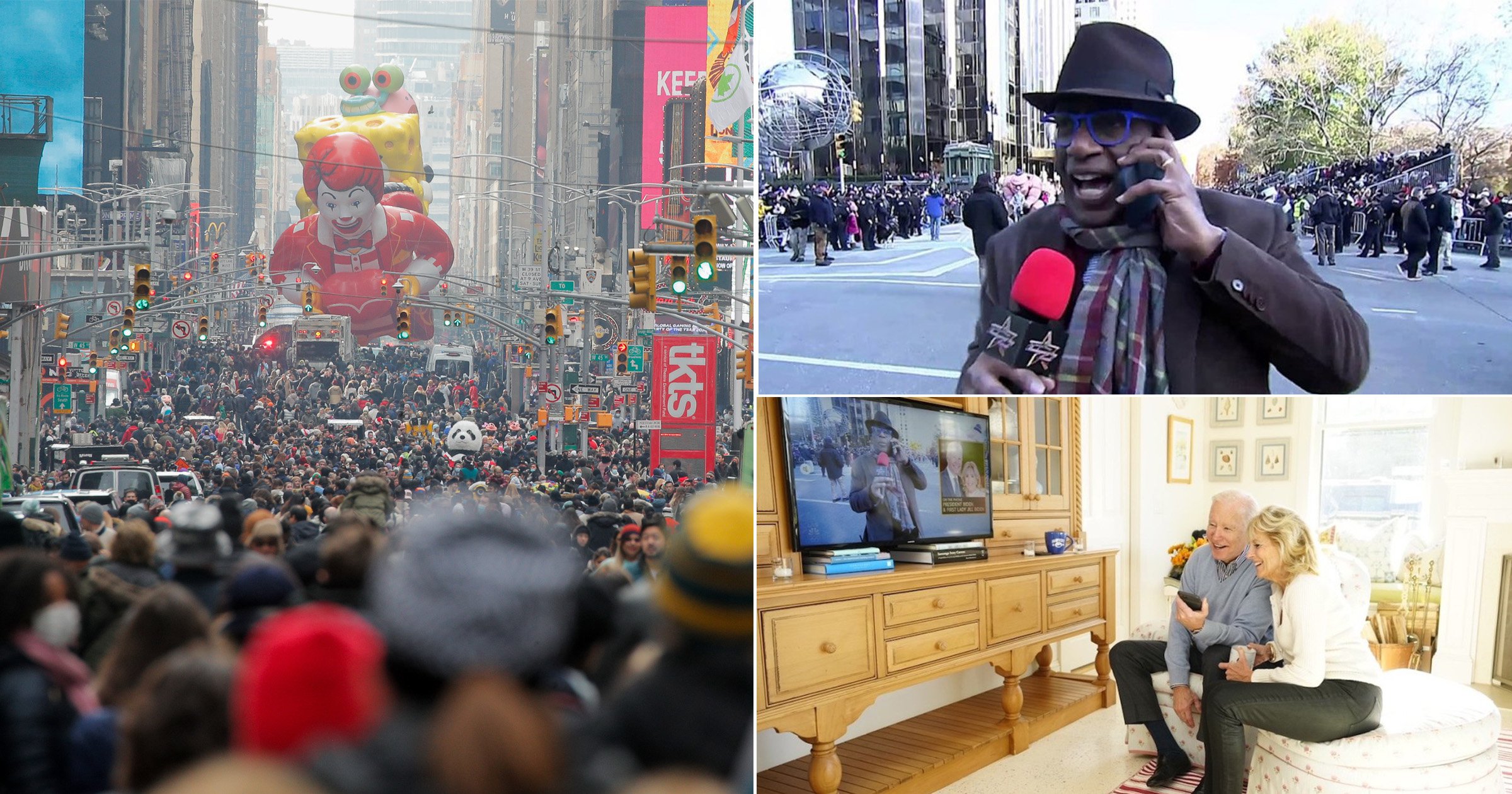 Thousands gathered for the 95th annual parade in midtown Manhattan on Thursday morning, cheering on turkey and holiday-themed floats, marchers and bands.

A handful of celebrities joined the celebration including Jon Batiste, Kristin Chenoweth, Kelly Rowland, Rob Thomas and Carrie Underwood, and the president dialed in to Al Roker of NBC’s TODAY Show.

‘Oh my gosh, look at who’s calling,’ Roker said, raising his cell phone toward the camera to reveal President Biden’s face on the screen.

‘What’s your message to the American folks on this Thanksgiving Day?’ Roker asked the president.

‘My message is after two years you’re back, America’s back,’ the president could be heard saying through the phone. ‘There’s nothing we’re unable to overcome, Al, and you’re one of the reasons for that, pal. You’re always up. You’re always rooting.’

Roker thanked the president for the call and said he hoped the Bidens would continue watching the parade.

Did you catch the moment when President Biden and First Lady Dr. Jill Biden gave @alroker a call at the #MacysParade?

Seismic waves vibrated off an island near Africa and hit Canada. Their cause is a mystery