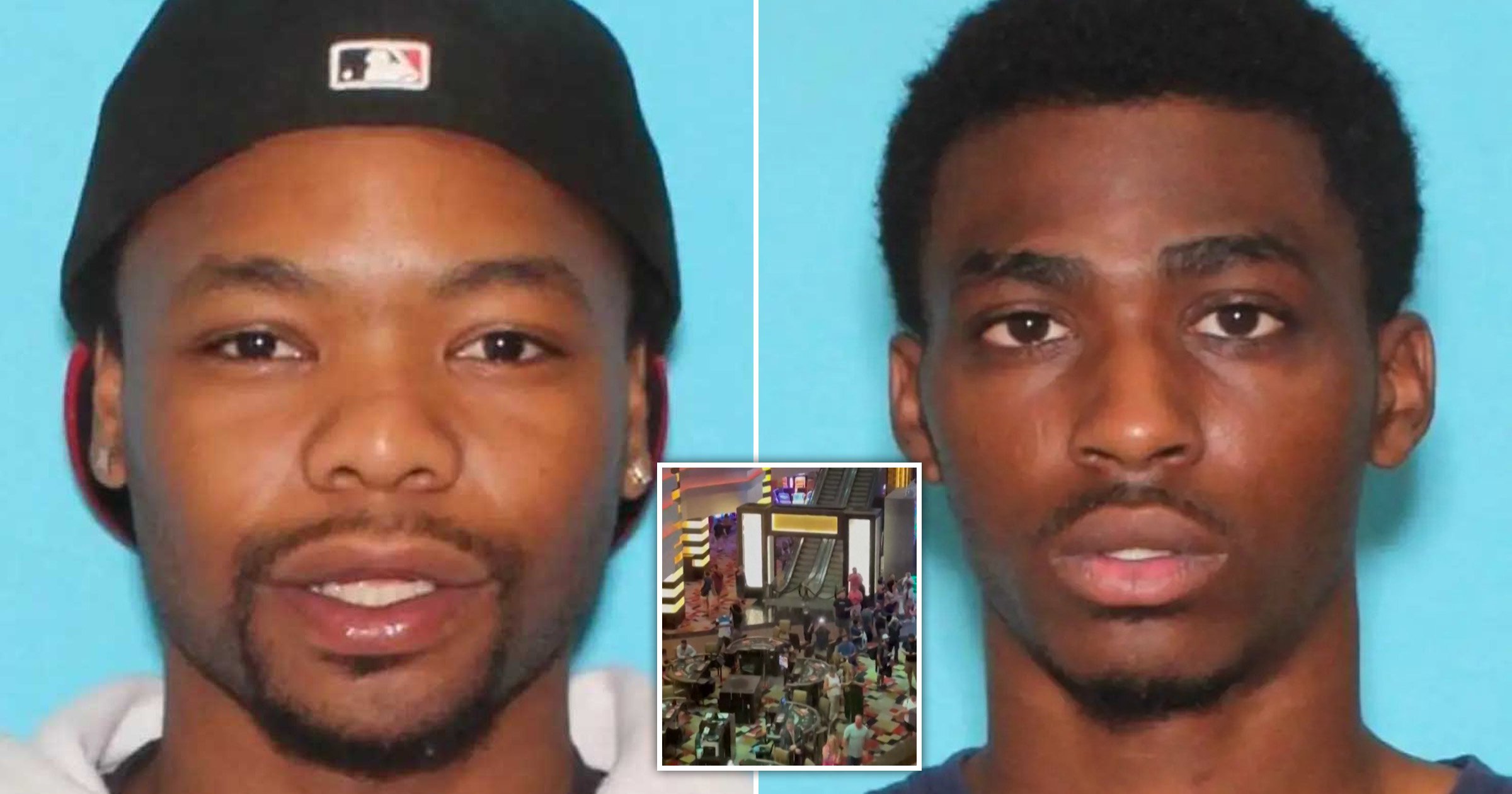 The man suspected of firing a gun in the Mall of America has been taken into custody after a weeklong search.

Shamar Lark, 21, was arrested along with accomplice Rashad May, 23, after the two were spotted leaving a barber shop after getting haircuts in Chicago on Thursday afternoon.

‘Mr May and Mr Lark displayed a complete lack of respect for humanity and fired off rounds into the crowded Nike store at the Mall of America,’ said Bloomington Police Chief Booker Hodges.

Lark and May are awaiting extradition to Minnesota at Cook County Jail in Chicago.

‘You cannot come shoot up a mall and think that you’re gonna get away with it. We’re not gonna allow that to happen,’ Hodges said.

Lark and May were first identified on Monday. Police said they got into a physical fight at the Nike store, which they did not win.

According to Hodges, May urged Lark to go back into the store and shoot it up. Lark returned and fired three shots into the crowd.

Earlier this week, police arrested three more people whom they believe helped Lark and May escape the mall after it was put on lockdown and get them out of Minnesota.

Police said that as Lark and May fled the mall on foot, they made a call to their friend Delyanie Arnold.

Arnold apparently contacted his girlfriend, Serena Raghubir, who worked as an assistant general manager at a Best Western hotel just across the street from the mall.

Serena, in turn, called her cousin Denesh Raghubir, who also worked at the hotel, according to cops. Denesh picked them up in the Best Western’s shuttle van in an IKEA parking lot and took them to the hotel.

Arnold picked up Lark and May from the hotel and took them back to his house.

Police also said Denesh told investigators that Lark and May were guests at the hotel.

All three were arrested on Monday and charged with aiding an offender to avoid arrest.