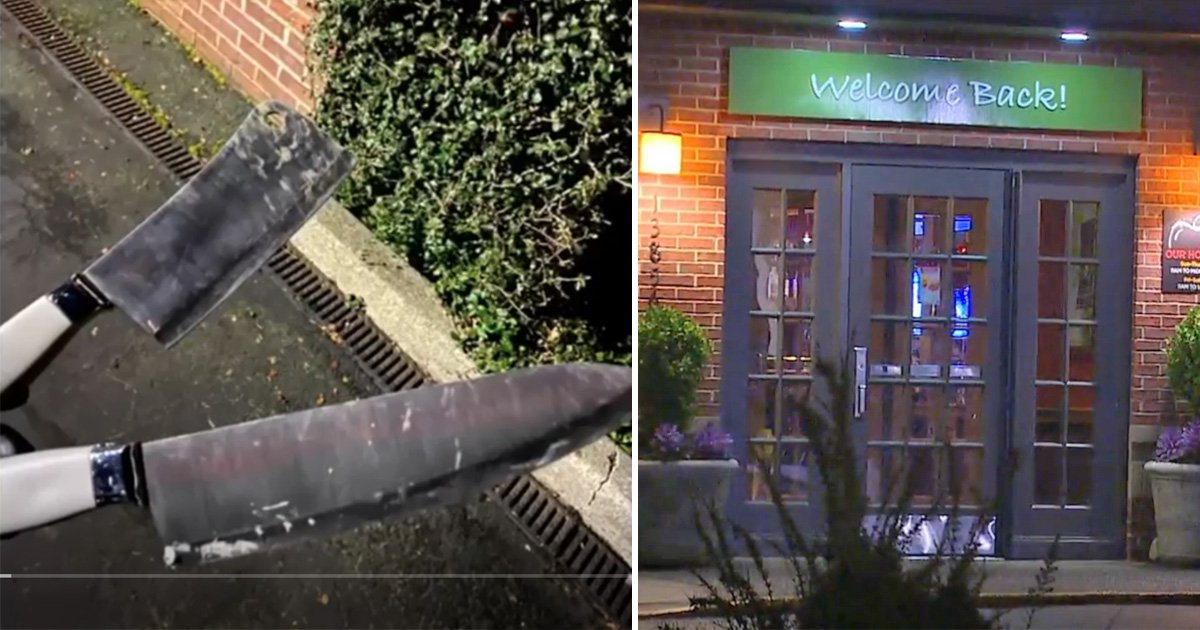 A Washington man lunged at a restaurant worker with a meat cleaver after he was asked to leave when he refused to show proof of vaccination against the coronavirus.

Prosecutors in Bellevue, Washington, say Michael Dousa, 58, pounced at an Applebee’s bartender with a meat cleaver after he failed to show his proof of vaccination.

When Dousa got outside of the restaurant he was yelling and waving the knife around, KOMO News reported.

After the bartender asked Dousa to leave, he reportedly went after him with the meat cleaver raised above his head, police said. The restaurant worker was able to shut the door to the establishment before Dousa could hit him.

Outside of Applebees following the altercation, two patrons spoke with the news outlet.

‘We’ve had family who has gotten sick and who has died from Covid,’ said Angela Hudson. ‘It’s kind of frustrating to see people just come in and not wear a mask and be violent.’

Her sibling Levi agreed with the sentiment, and felt that Dousa was helping no one by defying public health mandates and becoming violent as a response.

‘I don’t think violence is ever the answer,’ said Levi Hudson. ‘I don’t think you should be violent because I think that is one of the most ridiculous things you can do. You’re not helping people by being violent.’

As the US continues to combat Covid, where the death toll from the virus recently hit 900,000, many Americans are still choosing to become violent over health rules put in place to keep the public safe. Over the past few weeks, parents against vaccines have been thrown out of school board meetings and travelers have been kicked off planes over refusing to mask.

Dousa is now charged with felony assault. According to prosecutors Dousa committed this act while pending assault in the third degree and assault in the fourth degree charges from July 18, 2021, out of another county. His criminal history includes convictions for theft and harassment.

Dousa is currently being held at the King County jail on a $75,000 bail.