A 36-year-old man has been charged over the ambush shooting of two Los Angeles County sheriff’s deputies earlier this month.

Deonte Lee Murray pleaded not guilty to attempted murder and other charges following his arrest two weeks ago in connection with a separate carjacking.

The deputies suffered head wounds in the apparently unprovoked attack on 12 September as they sat in their vehicle outside a railway station.

Both have now been released from hospital but are expected to have long recoveries that will include additional reconstructive surgeries. 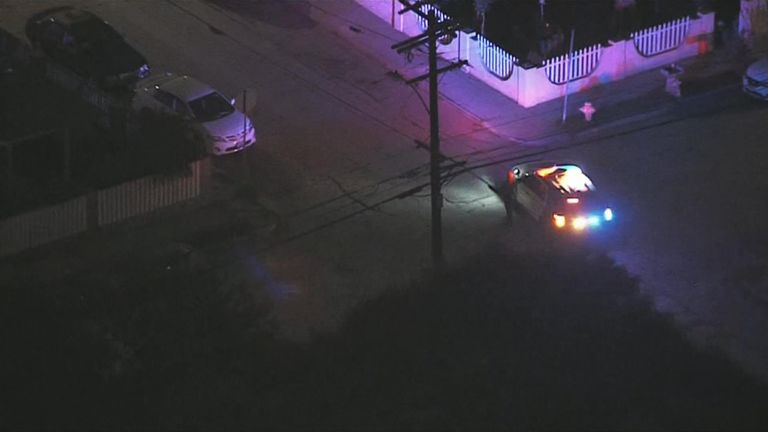 Footage of the incident was broadcast widely and became part of the US presidential race after both candidates called for the gunman to be dealt with harshly.

The graphic video, shot by a surveillance camera at the Martin Luther King Jr Transit Center in the Los Angeles suburb of Compton, shows a man walk up to the police car and fire a handgun through the passenger window.

He is then seen fleeing on foot.

The deputies, identified only as a 31-year-old woman and a 24-year-old man, both suffered gunshot wounds.

Despite her injuries the female deputy was able to help her partner to safety and apply a tourniquet to his wounded arm.

Following the shooting, president Donald Trump said on Twitter that if the deputies died the suspect should face the death penalty for the “cold-blooded shooting”.

Democrat Joe Biden tweeted that “acts of lawlessness and violence directed against police officers are unacceptable”.

Crickets, not sonic attack, could be behind mysterious recording linked to Cuba diplomat illness

7 new Covid-19 cases in Singapore, all imported
We and our partners use cookies on this site to improve our service, perform analytics, personalize advertising, measure advertising performance, and remember website preferences.Ok