Home » Americas » Man smuggles 1,700 wild animals including baby crocodiles in his clothing to US 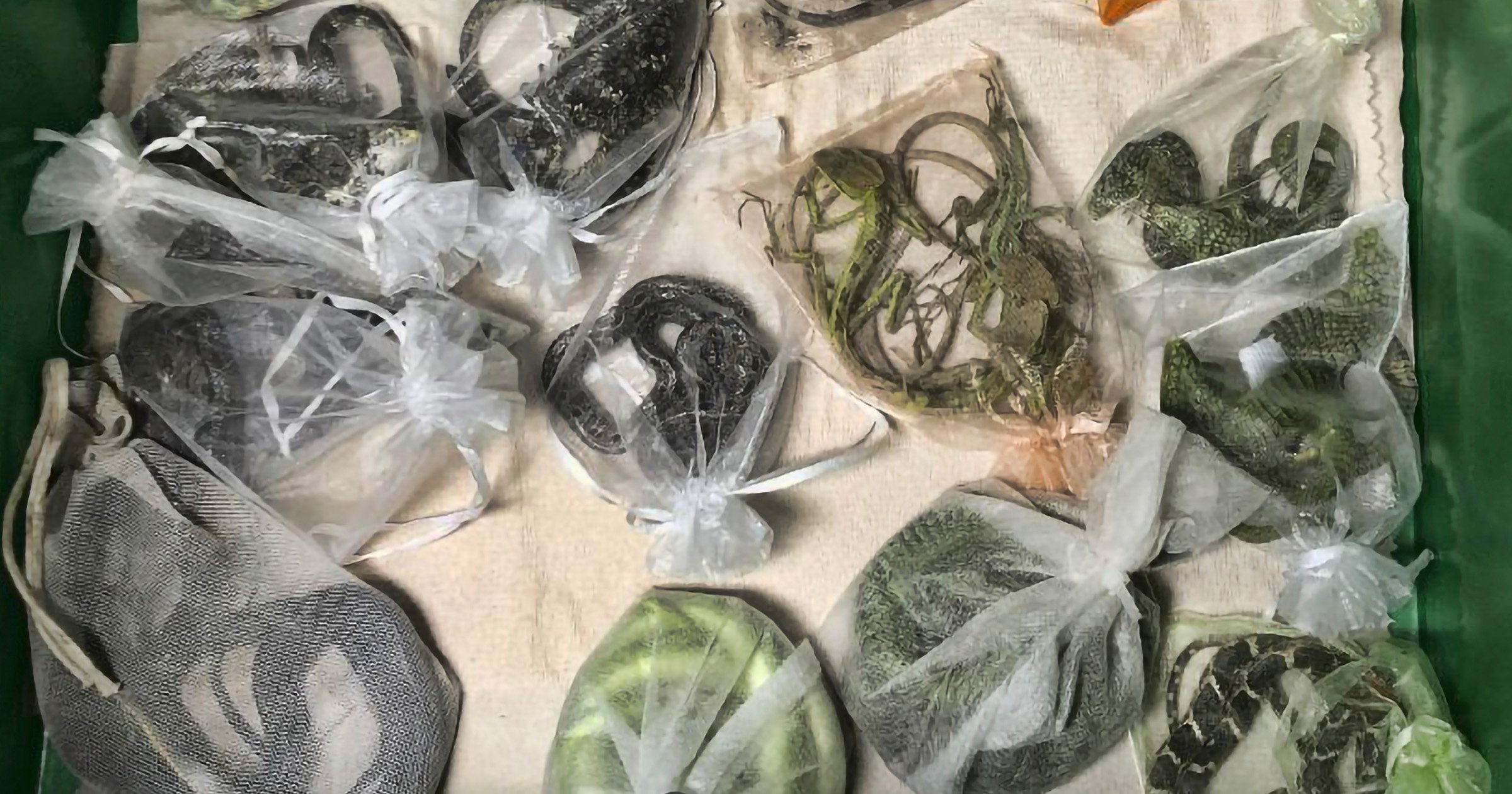 A California man allegedly smuggled more than 1,700 animals into the United States from Hong Kong and Mexico by hiding them in his clothing.

Jose Manuel Perez, who also went by the name Julio Rodriguez, pleaded guilty to two counts of smuggling and one count of wildlife trafficking in a federal court, the Justice Department said on Wednesday.

Perez, 30, set up a scheme where he and his accomplices would smuggle animals from Mexico to the US. His clients would order the wildlife through social media.

He mostly smuggled reptiles, including baby crocodiles, Mexican beaded lizards and Yucatan box turtles. He would negotiate a ‘crossing fee’ with his clients based on the number of animals they ordered and how likely it was that they would be caught.

On many occasions, Perez arranged for animals to be transported from Ciudad Juarez International Airport to El Paso, Texas, then shipped by mail to his family’s address in Oxnard, California.

Perez would also occasionally pick up the animals in person. They were moved to a safe house in Tijuana, then into the US through the San Ysidro Port of Entry – one of the busiest land border crossings in the world.

Perez ran his smuggling operation from 2016 through 2022. Authorities estimate he crossed the border at San Ysidro with animals about 36 times.

His efforts proved to be quite lucrative, earning him a total of $739,000 over the course of six years.

Perez was caught on February 25, trying to enter the US at the border. He had 60 reptiles hidden in his clothing at the time.

He was released on bond on May 16. Less than a month later, Perez broke off his ankle monitor and fled the country. Mexican authorities nabbed him in Tijuana 11 days after his escape and brought him back to the US.

His sister Stephany Perez is also named as a co-defendant in the case. She is scheduled to go to trial in February 2023.