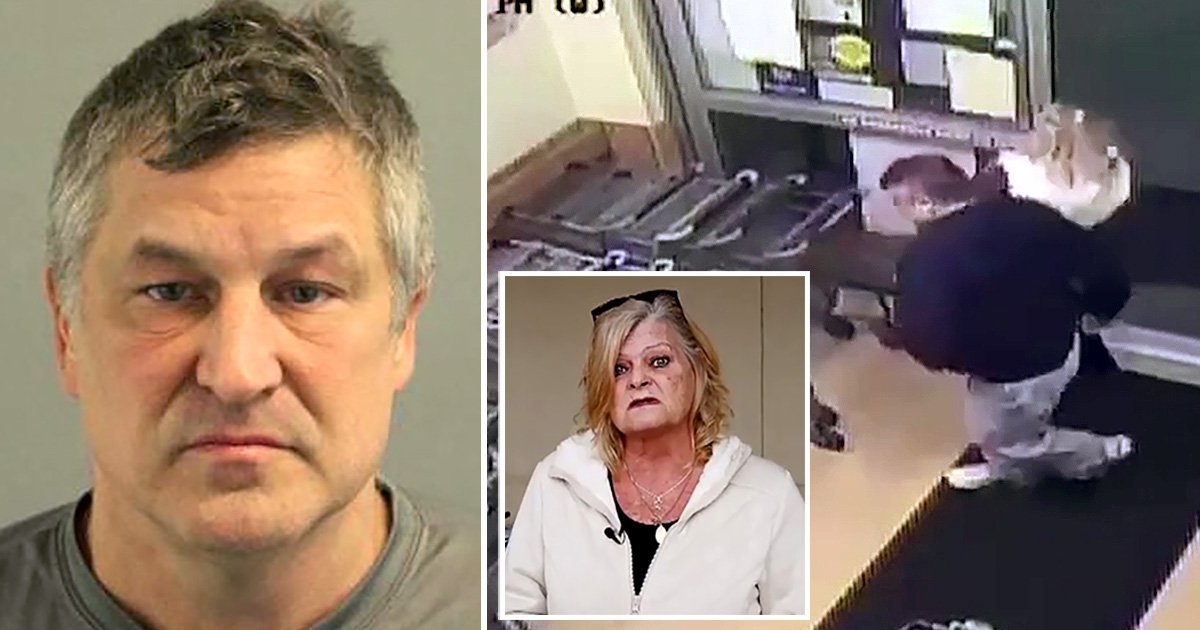 A man has been jailed for 10 years after he stabbed a supermarket shopper with a syringe of his own semen, then reportedly told her, ‘I know, it feels like a bee sting, doesn’t it?’

Katie Peters confronted Thomas Bryon Stemen, 51, after feeling a pain in her right buttock where he had jabbed her.

She felt him bump into her and then something which felt like a cigarette burn.

‘I called my son and said, ”Something’s not right, I hope nothing happens. I hope I make it home, I love you.”

When she arrived home, she found a puncture wound on her and contacted police.

CCTV caught the moment the incident happened in Churchton, Maryland in February 2020.

Police checked his car and found several syringes also with his own semen inside.

He was charged with assault and reckless endangerment and has now been jailed.

Stemen is reported to have been served a warrant for arrest in 1999.

He also went to court for a domestic violence civil suit in 2013.

50 years ago, humanity's first steps on another world

US ambassador to EU accused of sexual misconduct