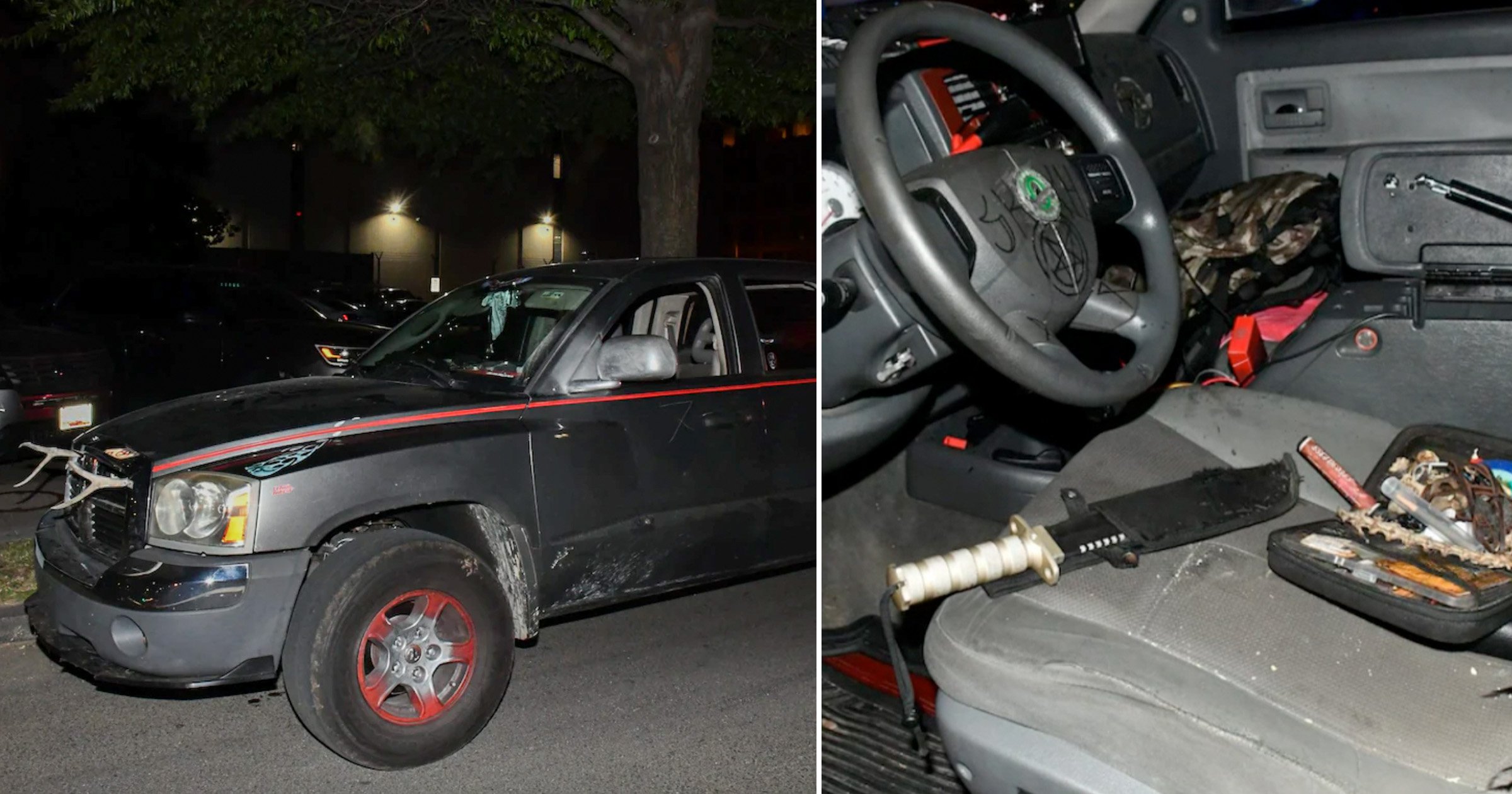 A white supremacist was found with knives, a machete and a bayonet in his truck while driving through Washington DC.

The driver was questioned when police spotted his Dodge Dakota with a swastika painted on it and an American flag covering the number plate.

When officers checked inside his car, they reportedly found a stash of weapons and other far-right symbols and slogans.

At the time, it was parked near the headquarters of the Democratic National Convention.

Its owner, Donald Craighead, 44, told the officers he was ‘on patrol’ and ‘began talking about white supremacist ideology’. The Californian was arrested for possession of prohibited weapons.

The arrest comes with the city on high alert ahead of a planned demonstration this Saturday.

Thousands are expected to attend a demonstration in support of people charged with taking part in the deadly January 6 storming of the Capitol building.

Supporters of then-President Donal Trump rioted after being inflamed by his baseless claims the election was rigged.

Around 600 people have been charged with involvement in the attack which led to the death of five people and in which more than 100 officers were injured.

A tall metal fence installed around the US Capitol in the immediate aftermath of the attack will be re-erected ahead of the rally, sources told Reuters.

Security for the rally, billed Justice for J6, is expected to be high, with officers authorised to use lethal force if necessary, according to The Guardian.

According to Capitol Police, an investigation into the arrest is ongoing and ‘it is not clear if he was planning to attend any upcoming demonstrations or if he has ties to any previous cases in the area’.

Operational services bureau deputy chief Jason Bell: ‘This is an excellent example of the work our officers do every day. We are so proud of these officers for their vigilance.’

Artists Have Final Victory in a Case of Destroyed Graffiti