Home » Americas » Many states with the worst recent outbreaks in the U.S. show notable drops in new cases and hospitalizations. 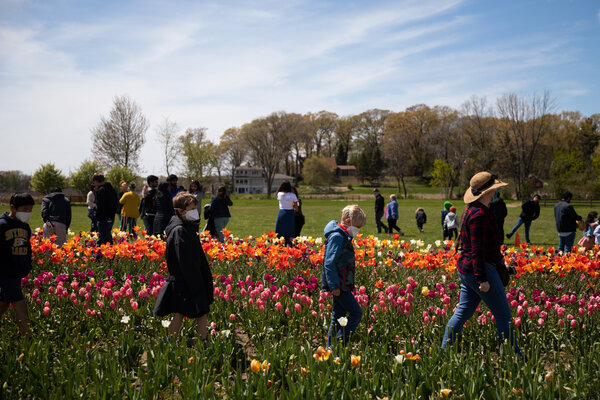 Many of the states that have suffered the worst recent coronavirus outbreaks have seen notable declines in new cases and hospitalizations over the last two weeks, according to a New York Times database.

In Michigan, which has had one of the country’s steepest drops, the average number of daily cases sank 45 percent and hospitalizations tumbled 32 percent over that time period, as of Tuesday.

The average number of new cases is down 30 percent in Minnesota, 38 percent in Pennsylvania and 33 percent in Florida in the past two weeks. In the same three states, hospitalizations are down 20 percent, 27 percent and 11 percent.

The progress for states like Michigan, which recently began to recover from one of its worst stretches in the pandemic, could indicate that vaccinations are beginning to rein in the virus in the United States. Hospitalization data can often lag behind case numbers for a number of reasons.

The director of the Centers for Disease Control and Prevention, Dr. Rochelle Walensky, testified at a Senate hearing on Tuesday that while she was encouraged by the gains against the pandemic, she urged Americans to remain vigilant to the threat of the virus around the world.

Who stood out in Democratic debate?

Which vaccines are available in the U.S. now, and which may be coming?