In a special election on Tuesday, residents of Fall River, Mass., voted their mayor out of office. But they also voted him back in, by a small plurality — on the same ballot.

It was an odd and somewhat confusing turn of events for Fall River, an old mill city in southeastern Massachusetts.

Mayor Jasiel F. Correia II, 27, a Democrat serving his second two-year term, was charged last year with 13 criminal counts of wire fraud and filing false tax returns. He has denied the charges, but the City Council called for him to resign. He refused, setting the gears in motion for Tuesday’s recall election.

On Tuesday, 7,829 residents voted to recall Mr. Correia, and 4,911 voted to keep him in office, according to the city’s Election Commission. But on the same ballot, voters were asked to choose among five people for the mayor’s job. Mr. Correia’s name was included. There, he won a plurality, with about 35 percent of voters voting for Mr. Correia.

“We’re going to keep trying to earn people’s votes — earn their trust, earn their votes by doing good things for our community like you’ve seen us do,” Mr. Correia said to reporters after the results were announced on Tuesday evening. He did not respond to requests for comment on Wednesday.

The runner-up, Paul Coogan, a school committee member, lost by less than 300 votes. “I tip my hat to him,” he said of the mayor in a concession speech on Tuesday night. 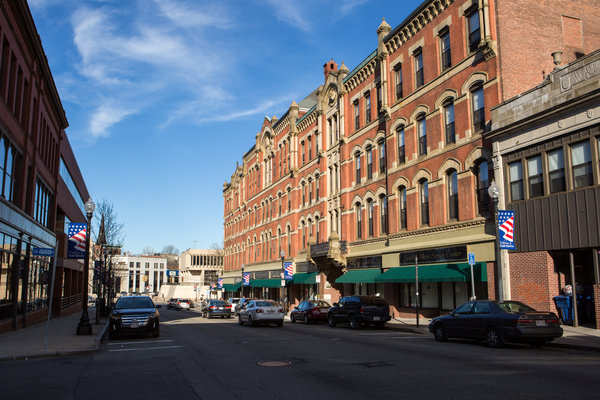 “But I am telling you right now, I’m a tad upset,” he added. “And I’m looking at September and thinking of how we may be able to make this better.” A mayoral primary election will take place in September, followed by a general election in November.

Mr. Correia became Fall River’s youngest mayor when he took office in January 2016 at age 24. He campaigned as a forceful advocate for economic development and revitalizing the downtown area in the city of about 90,000, once home to a flourishing textile industry that declined during the last century.

In October, Mr. Correia was indicted on charges related to SnoOwl, a technology company he founded in 2012.

In the federal indictment, filed in the United States District Court of Massachusetts, Mr. Correia was accused of defrauding SnoOwl investors by “making false representations and diverting a significant portion of the investors’ fund to himself.” He pleaded not guilty and has said that the indictment was politically motivated.

In light of the charges, city councilors gave Mr. Correia a December deadline to resign, or else face a recall. The mayor decided to stay in office. “It is because of my strong belief that the choice rests with the people of our city that I ask the public once again to reaffirm their vote for me,” he said in a statement on Dec. 26.

In the buildup to the recall election, Mr. Correia cited achievements including hiring more police officers and firefighters and eliminating unpopular fees for waste disposal services.

It was not enough to win over a majority of the people who cast ballots on Tuesday. But it was enough to keep him in office.