How can the movement have become powerful enough to ensnare an ex-president and Nobel Prize winner, yet have otherwise found so little purchase in a region that badly needs it?

In Mexico, Honduras and Guatemala, for instance, gender-driven killings of women have reached epidemic proportions. But over the past two years, even as awareness of #MeToo has grown, that violence has continued unabated.

The movement has brought a reckoning to some of the most powerful men on earth, from politicians and movie magnates in the United States to business titans and Bollywood legends in India. Yet it has had little effect on the broader problem: sexual abuse, harassment and violence by men who are neither famous nor particularly powerful — merely unchecked.

A partial explanation may lie, according to Sarah Khan, a Yale University political scientist, in a concept social scientists call “common knowledge”: the idea that systemic change is shaped as much or more by people’s perceptions of others’ beliefs and values as it is by their own.

That means that reducing sexual misconduct presents a kind of coordination problem: You need to not only change people’s views of the problem, you also need to show them that other people’s views have changed the same way.

But while #MeToo has been successful in creating common knowledge around the misconduct of powerful men, it has failed — crucially — to change the consensus in bigger ways.

The movement has managed to create common knowledge when it comes to assaultive behavior by the Harvey Weinsteins of the world.

But a closer examination of #MeToo’s spread shows how its ability to create common knowledge has been limited, in part, by the very power imbalances that leave women vulnerable to sexual abuse in the first place.

Michael Chwe, a political scientist at the University of California, Los Angeles, argues that creating common knowledge usually requires “public rituals”: rallies, media events and other shared experiences that can not only convince people but show them what others believe.

One study in Mexico found that when people listened to a radio soap opera with an anti-domestic violence message privately in their homes, their beliefs were little changed. But when the program was played in public places, so that villagers knew their neighbors had also gotten the message, tolerance for abuse of women fell significantly. 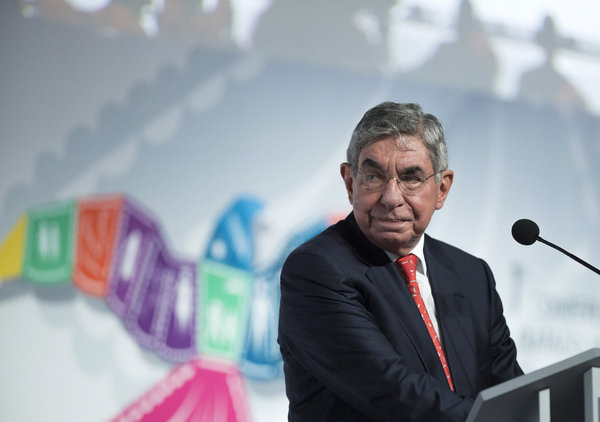 The Harvey Weinstein story was broken by two women who work for The New York Times, Jodi Kantor and Megan Twohey. Ashley Judd, the actress, was willing to go on the record about her experiences.

The strength of those articles and the power of the platform, in turn, inspired other well-known Hollywood women to come forward. Eventually, when a critical mass was reached, Mr. Weinstein faced real consequences: He was forced out of his company and now faces criminal charges.

That, in turn, spurred a similar reckoning for other high-profile men, generating further media coverage.

But because it has followed those channels, the #MeToo movement has not managed to show consensus that abusers in all walks of life ought to be held accountable for misconduct. Instead, it seems to have generated common knowledge only that perpetrators should be kept out of extremely high-status roles, such as movie studio chief or United States senator.

Most women do not have the wealth or power of successful Hollywood actresses (whose power, of course, is nowhere neat that of men in industry) that can force this sort of new consensus about right and wrong. So although #MeToo spread broadly around the world, reaching, for instance, actresses in India’s Bollywood film industry, it has failed help many ordinary women.

If an American factory worker or a Mexican victim of sexual assault tries to call out an individual perpetrator, and maybe even a broader culture of abuse, she cannot count on powerful women and allies to come to her aid. Often, the abuse goes unpunished and the broader culture of harassment unchanged.

“I can see people looking at a high-profile case and saying, ‘I would never get this kind of support just for speaking up against person X, who is in my social network but doesn’t have any high social standing,’” Dr. Khan said.

#MeToo has had other moments in the spotlight in Latin America, including accusations by a prominent Argentine actress that a fellow cast member had assaulted her, and from dozens of women in Brazil who say a faith healer known as John of God abused them.

But it is perhaps not surprising that the movement’s most significant impact so far in Latin America came in Costa Rica, which has a relatively low gender gap in wages, high rates of female education and high representation of women in politics.

Elsewhere in the region, women are less able to count on the support and influence of other powerful women. There are certainly powerful individual women but, as a class women lack the influence needed to bring about change.

And in countries with a history of right-wing dictatorships that used sexual violence as a means of social control and repression, such as Guatemala and Argentina, there is a legacy of trauma and abuse that makes the subject even more complex to address.

Even large protest movements, such as advocacy in recent years by women’s rights groups like Ni Una Menos (“not one less”) in Latin America, can have unintended consequences.

If they fail to create a reckoning for perpetrators, they can send a somewhat discouraging message: that even though thousands of women have demanded systemic change, there is little appetite among those in power for providing it, and few consequences when they fail to do so.

That may push women out of the public sphere — further reducing their influence over public norms.

“Restrictions on women’s mobility are often framed in terms of safety,” Dr. Khan said. Rather than trying to reduce harassment and violence, she said, male decision makers who hear about such problems often take the attitude that workplaces are unsafe, “so let’s keep women away from them.”

She believes that in India, where she is conducting a long-running study on common knowledge’s effect on violence against women, increased awareness of the risks women face in public is one reason their participation in the labor force has fallen in recent years even though the country has experienced rapid economic growth.

Then there is the problem of men perceiving #MeToo as potentially dangerous to themselves, and withdrawing from mentoring or collaborating with female colleagues. That further hinders women’s ability to rise through the ranks.

And many #MeToo episodes have contributed to a long-existing negative form of common knowledge: that women who step forward with accusations of misconduct must anticipate being harassed, belittled and shamed.

Victim-blaming, smear campaigns and outright threats against women who accuse men of misconduct are a way to preserve the status quo of male dominance.

Christine Blasey Ford, the professor who testified that now-Supreme Court Justice Brett Kavanaugh sexually assaulted her in high school, received such serious threats that she was forced to leave her home.

Following in her footsteps hardly looks appealing to anyone. But for women with few resources, who could not afford to leave their homes or take other expensive measures to stay safe, it may look utterly impossible.

A single mother working a factory job, considering whether to speak out against harassment by a supervisor, might see little possibility of surviving that kind of backlash.

Underprivileged women in many developing countries may be even more vulnerable to the costs of a damaged reputation.

In India or Pakistan, for instance, a woman who is poor and uneducated, and who lacks the mobility or connections that would allow her to leave her community, may fear that revealing she has been raped or assaulted could harm her marriage prospects.

“Those costs are not just material costs,” Dr. Khan said. “They are these kinds of status costs that are harder to quantify.”

The Super Bloom in Pictures

Facing Opposition, E.P.A. Backtracks on Use of ‘Cyanide Bombs’ to Kill Wild Animals