A woman splashed the manager of a Mexican restaurant with piping hot soup she had purchased after being enraged to find the plastic lid melted into the broth.

The unidentified woman was recorded throwing Spicy Mexican menudo soup onto Jannele Broland, the 24-year-old manager, after claiming it was so ho that it caused the lid to dissolve.

‘The experience itself was traumatizing and heartbreaking,’ Broland told the Daily Mail. ‘(I) felt my spirit had been broken just knowing someone could do something so awful and then laugh about it.’ 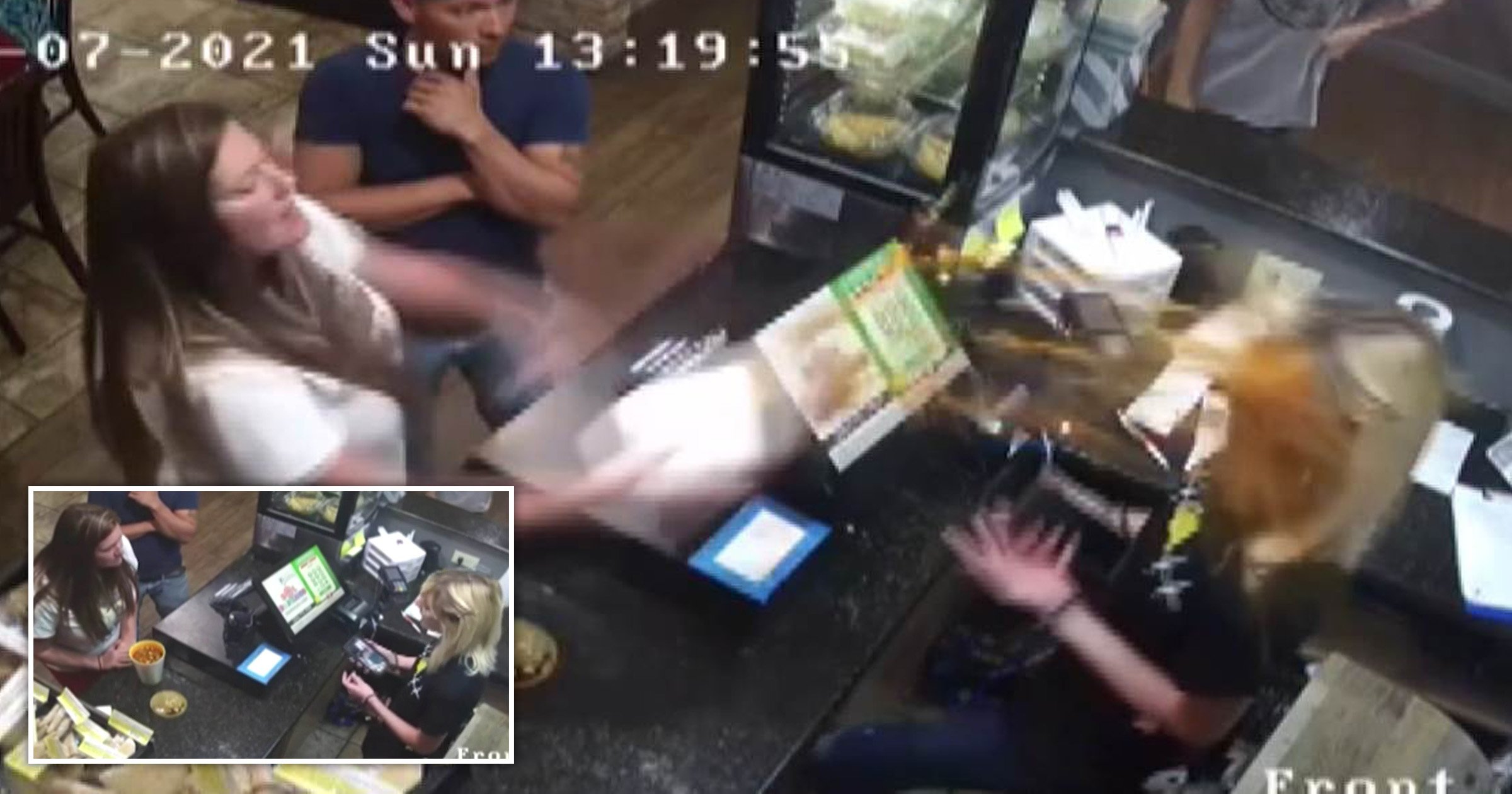 The video shows Broland talking with the irate customer as she takes the lid off the soup container and points at it before abruptly flinging it at Broland. The woman grabbed the man she was with and raced out the door, the footage shows.

Broland’s now-viral video of the incident in Texas had been viewed more than 4.9million times by Wednesday afternoon.

‘We do not condone this type of behavior and hold our citizens to the highest standard,’ Teston said. ‘If a citizen believes they have received poor service we advise them to remain civil until the problem is resolved.’

Before coming into the store to throw soup, Broland said the woman had called to complain about the lid.

‘She was inconsolable despite me offering a free meal replacement and a refund,’ Broland said.

Broland recounted on TikTok that she told the woman not to talk down to her, and when the woman said that she would ‘talk to her any way (she) f***ing wanted’, she replied, ‘No, ma’am, you will not’, and hung up the phone.

‘Every time I would mention a refund or a free replacement meal, she would just cut me off and kept saying “This is f***ing ridiculous” or “Look at this s***,”‘ Broland said.

‘She did not seem to want anything, just to berate me,’ Broland added.

The restaurant worker felt as though ‘she had been pepper-sprayed’ during the incident, and while she was not seriously injured, it was an emotionally draining situation.

Luckily for Broland, who struggled to wipe the ‘very spicy’ soup from her eyes and nose, restaurant customers were quick to take action in her defense.

‘By the time I got outside, there were already people recording their faces and their license plate,’ she said.

Broland described the situation as shocking, causing her to go cry in the bathroom.

‘I was just crying and this really nice woman was wiping me off with paper towels and wiping my face and my hair and was so, so kind,’ she said. ‘One of my coworkers took off her work shirt, put on her hoodie and gave me her work shirt.’

The Temple police soon arrived and she was able to file a complaint. A court date has yet to be set.

Broland had originally shared the encounter on TikTok only expecting the video to be shared among locals and others in the restaurant industry who would be able to relate.

‘I have a lot of friends in the restaurant industry, so I knew they would relate to this, or at least understand my frustration,’ she said. ‘I had no idea I would be contacted by news outlets and have the footage shared thousands of times.’

Remembering 9/11: People around the world share stories 19 years on