Nova Scotia has announced the winner of the design competition for the new Art Gallery of Nova Scotia and Waterfront Arts District: KPMB Architects.

“Something good has occurred today… I’m very proud to be a part of this team,” she said.

The design was inspired by the “Mi’kmaw ways of knowing,” read the design summary.

Gandhi said the heart of the design was the notion of “from the ground up,” and it was important to him that the Mi’kmaw community was involved from the beginning.

That’s where Whitman came in, who said the form of the building Indigenizes the space and includes the Mi’kmaq first.

The form was inspired by the body of an eel, a Mi’kmaw symbol of sustainability.

Gandhi said the eel, living both in water and on land, worked well with the idea of having a building that felt organic.

“It almost feels like it’s emerging from landscape… (It’s) a form that would feel very loose and playful at the same time, almost like a living, breathing creature.”

The entrance of the gallery was inspired by peaked hats worn by Mi’kmaw matriarchs. The Mi’kmaq are of a matrilineal line, meaning women are at the forefront, Whitman said.

“How more can you put it out, as us being a part of it, than a peaked cap?” she said. “It’s bringing the women back to the forefront… We’re part of the opening door to all.”

Whitman said KPMB and others were a diverse team that worked on this from the heart. 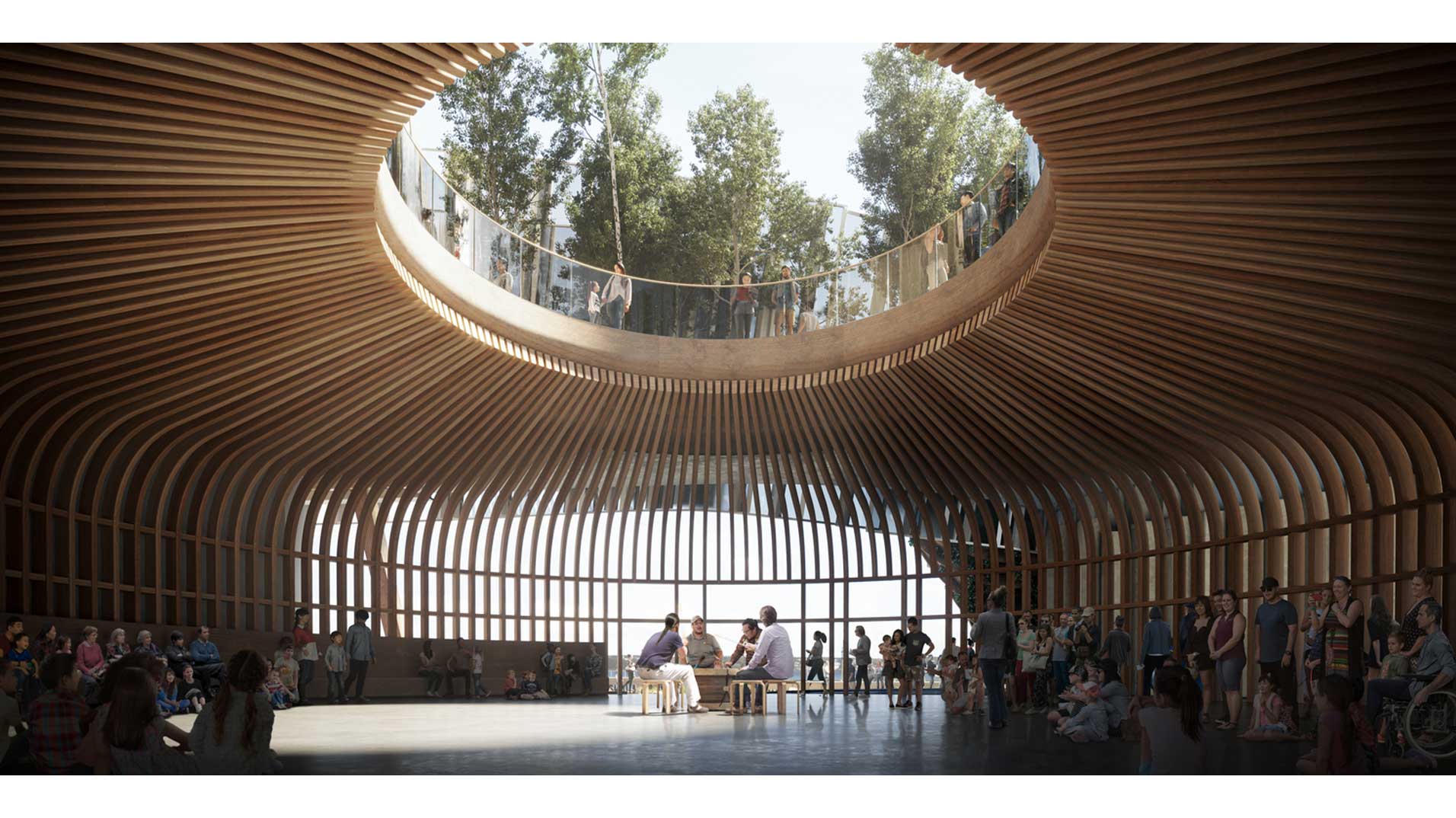 Gandhi says this was an incredible experience for him as well.

“It really has changed my life,” he said.

“I feel like it really has sort of opened my eyes to a history of the people that I wasn’t familiar with, and now I feel fully invested in doing something meaningful.”

Whitman said she couldn’t be more proud to be a part of the team and process.

“That’s where it really touches home, knowing that there’s truly allies out there,” she said.

“We’ve always said it’s a community that raises a child, and it’s the community that builds a home for everyone. That’s what this is: a building of teaching,” she said.

Whitman said she congratulates the other competitors as well.

A design competition was launched in January and was narrowed down to three design teams. A jury selected the winning team over a two-day deliberation and feedback from the public.

“To hear that it was our team… I thought, ‘Oh my golly,’ I could feel tears coming.”

Gandhi said he is now looking forward to the next steps in the process.

“There’s actually a lot of community engagement that’s gonna take place at the beginning both with Nova Scotians and the Mi’kmaw community as well,” he said.

Gandhi said this opportunity is “once-in-a-lifetime,” not just for him as an architect, but for the city as well.

He also said he is honoured to work with Toronto-based KPMB.

“They have such a brilliant portfolio of projects across the country, they’ve done art galleries that have changed cities,” Gandhi said.

The new art gallery is expected to open in 2025 with an estimated cost of $130 million, including funding from the province, the federal government and fundraising.

It will also include a $10-million donation from the Donald R. Sobey Foundation that was announced on Wednesday.

Single-vehicle collision near Falkland results in one person dead