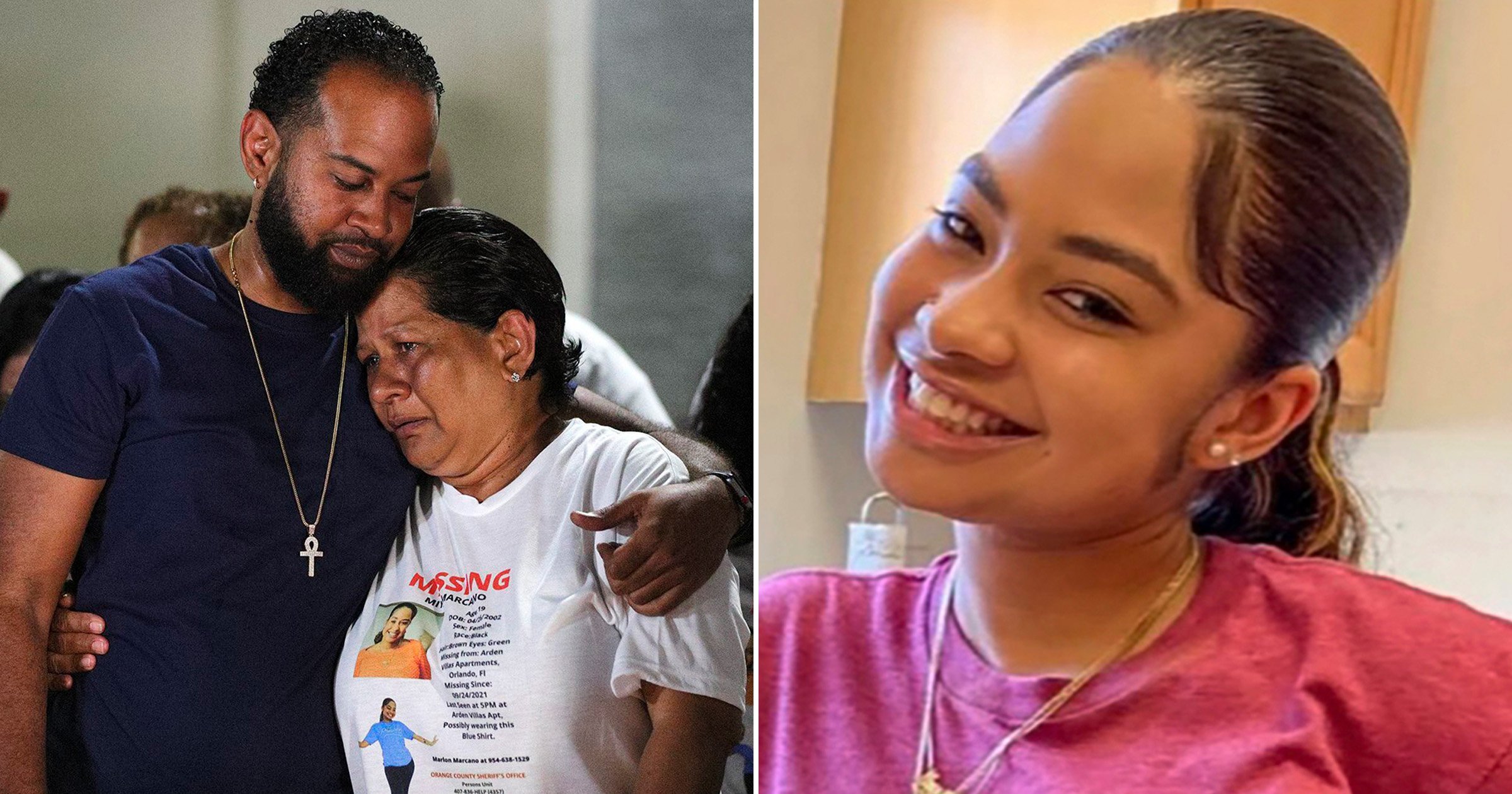 A body believed to be that of 19-year-old Miya Marcano, a college student who was reported missing late last month, was found in Orlando, Florida, over the weekend.

Marcano was last seen on September 24 at the Arden Villas apartment complex in Orlando, where she worked and lived, the Orange County Sheriff’s Office said during a press conference.

Search crews found what they believe to be Marcano’s remains in a wooded area near the Tymber Skan apartments, a complex where the man suspected of abducting her once lived.

‘Our hearts are broken,’ Orange County sheriff John Mina said during Saturday’s press conference. ‘Everyone wanted this outcome to be different.’

Cell phone records led law enforcement officials to the complex, according to Mina, who said the records revealed the main ‘person of interest’ in Marcano’s disappearance had been there the day she was reported missing.

That person of interest, Armando Manuel Caballero, 27, was a maintenance worker at the Arden Villas apartments who had expressed a romantic interest in Marcano, but she ‘repeatedly rebuffed’ him, Mina said at a Thursday news conference.

Caballero had told investigators he had last seen Marcano at 3pm on September 24. A warrant for his arrest was issued when it was found that Caballero’s maintenance-issued master key fob was used to enter Marcano’s apartment on the day she was last seen, the sheriff said.

Caballero was found dead on September 27 in an apparent suicide in the Camden Club Apartments in an Orlando suburb. He was then labeled the prime suspect in her disappearance.

Officials could not yet identify a cause of death, Mina said.

‘Although we are very certain of the identity, the positive identification will have to come from the medical examiner’s office,’ he said.

Friends and relatives gathered outside her apartment on Saturday night to pay their respects. In an interview with The Sun, Mercado’s cousin Cali Sue detailed how the family was in pieces over the tragedy.

‘We are devastated. We are angry and we know our lives have now been changed forever,’ she said. ‘Everyone has been very somber since the announcement.’

Mercado, who was a sophomore pursuing an associate degree in arts at Valencia College, had been due to fly to Fort Lauderdale to visit her family the night she disappeared.

According to her cousin, the family will remain in Orlando while they wait for the autopsy results. Once her body is released to the family, they will then start planning funeral services in South Florida.

‘We are not leaving without Miya. We will get justice for her once things die down and we bring her home,’ she said.

The family was enraged Caballero took the ‘cowardly way out,’ she told The Sun.

‘We are angry because he’s left us with some many questions, questions that may go forever unanswered because there may be things that only he was only present and only he’ll ever know,’ she said.

Her disappearance follows that of Gabby Petito, a 22-year-old white woman who was reported missing last month.

As an outpouring of attention was drawn to Petito, many questioned emerged around why the tens of thousands of women and girls who are black, Latina or indigenous that go missing each year don’t receive the same coverage.

The attorney for the Mercado family, Daryl Washington, released a statement to Fox35 on Saturday night, saying Miya’s disappearance and suspected death have been ‘incredibly disheartening’.

‘We want to stress that we believe that her disappearance and consequential death was 100% preventable and we intend to hold those responsible accountable to the full extent of the law,’ Washington stated.