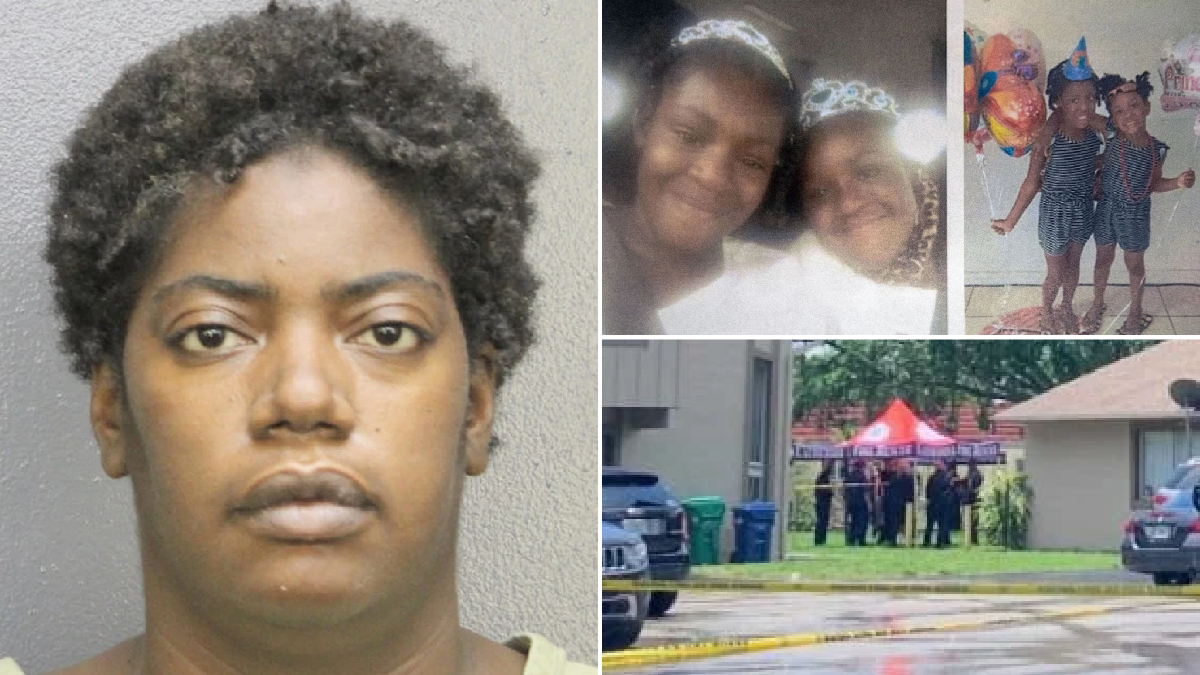 A mother has been charged in the death of two young girls who were found floating in the same canal and later identified as sisters. Tinessa Hogan, 36, pleaded not guilty to two counts of premediated murder of her daughters Daysha, 7, and Destiny, 9.

Police in Lauderhill, Florida, got a call on June 22 about a child’s body drifting in a canal, according to the Sun Sentinel. The girl, later identified as Destiny, had her hair braided and wore a T-shirt and shorts. She had a small laceration on the left side of her lip and several scratches around her mouth, a police report stated, signs that her death was not an accidental drowning.

Meanwhile, police on the other side of the canal spotted a woman draped in a white blanket and loudly reciting Bible scriptures. Neighbors told the newspaper that the woman claimed to be the devil, as well as God. The woman, soon identified as Hogan, was taken away by ambulance and put under psychiatric care a few hours after cops recovered Destiny’s body.

Hours later, Daysha’s body was found floating in the canal.

Hogan was arrested on July 14 and charged with two counts of premediated murder. She is being held at Broward Jail and did not appear in court on Tuesday. Hogan’s lawyer Erin Veit entered the plea on her behalf.

A woman told police that she saw Hogan swimming in the canal holding a Bible the night before Destiny and Daysha’s bodies surfaced, the Sentinel reported. The woman added that Hogan swam up to her and offered to baptize her children, but the woman declined.

It was also reported that Hogan, possibly disguised in a black wing with long curls, was seen a week before her daughters died, holding a sign that read, ‘Death is the only answer’.

An investigation is ongoing. Anyone with information about Hogan and her daughters is asked to call the Lauderhill Police Department.