A boat exploded in a marina in Florida, injuring four people including a woman whose injuries were so severe she was airlifted to a hospital.

The Daytona Beach Fire Department on Sunday shared security video footage on Facebook of the moment the vessel caught fire.

Three people appear to be on the boat in the water and a fourth person stands by it by the dock when fire suddenly blows off its tail end, followed by smoke. The person standing on land is seen running away as pieces of the boat fly into the air.

‘Firefighters responded to the Halifax Harbor Marina for a boat fire that started just after the boaters refueled,’ wrote the department in the post. ‘Four people total were injured and one was airlifted to an Orlando hospital for burns.’ 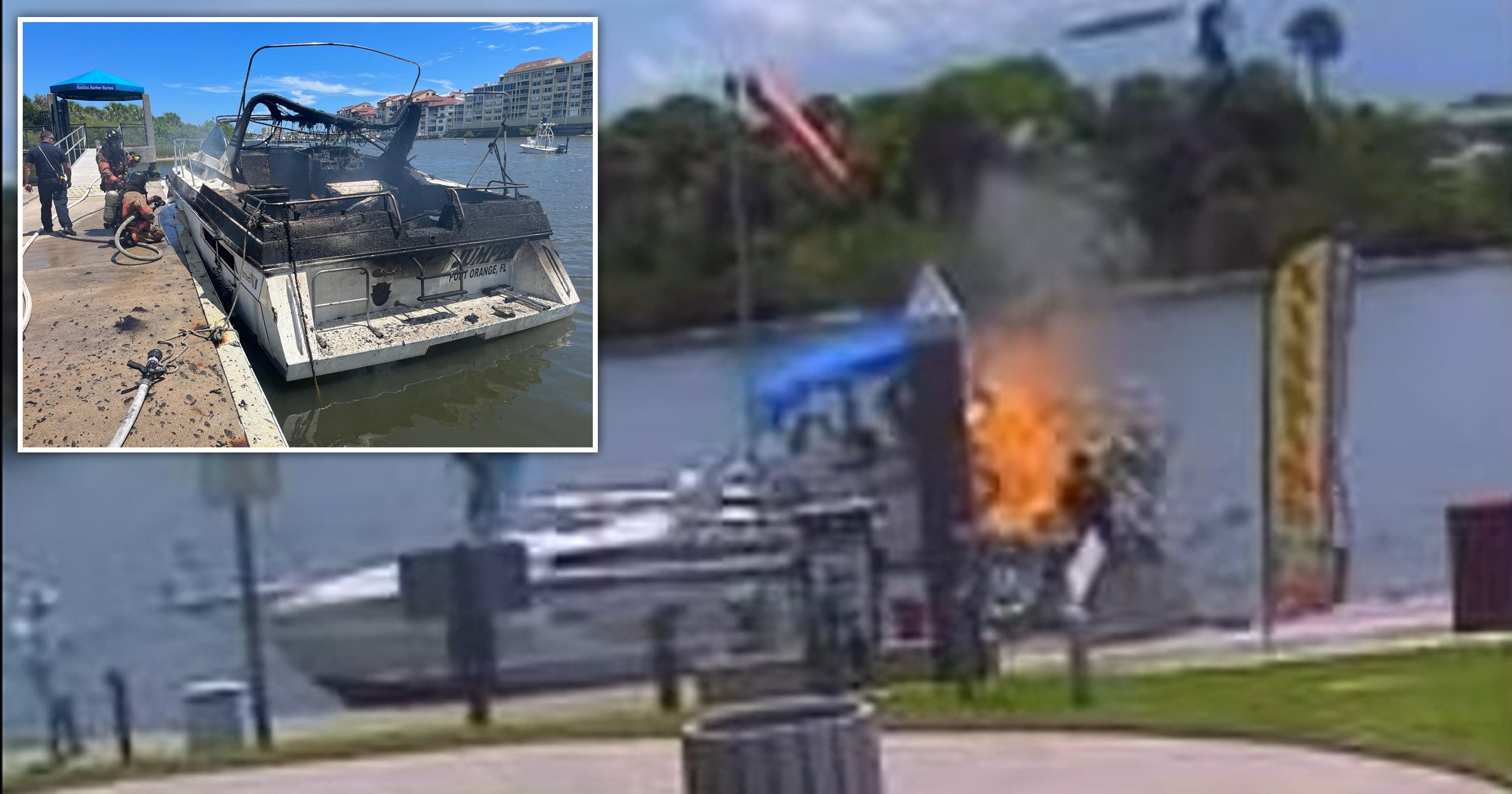 The person who was airlifted was a woman in her 50s, according to police. The three other people received medical care at the scene and refused to be taken to hospitals.

Meanwhile, the boat was towed away from the spot in the marina where it exploded.

The incident happened shortly after 1.15pm. The 34-foot boat exploded as the people on board tried to start the engine.

A 911 caller can be heard trying to tell people to distance themselves following the explosion, according to WKMG.

‘Get back! Get off the dock! Everybody get off the dock!’ the 911 caller tells the dispatcher. ‘The guys are trying to move. There (are) active flames! An active fire inside of that boat!’

Another 911 caller could be heard describing the scene.

“I see smoke. I’m not actually seeing flames, but it’s still smoking,’ the caller said, according to the TV station.

‘Somebody definitely had a bad day,’ Jones said.

The incident took place just a month after a 70-foot yacht caught fire and three people and two dogs on board jumped into the Piscataqua River near Portsmouth, New Hampshire. All three people and the two canines were rescued by another person passing by on a private boat.