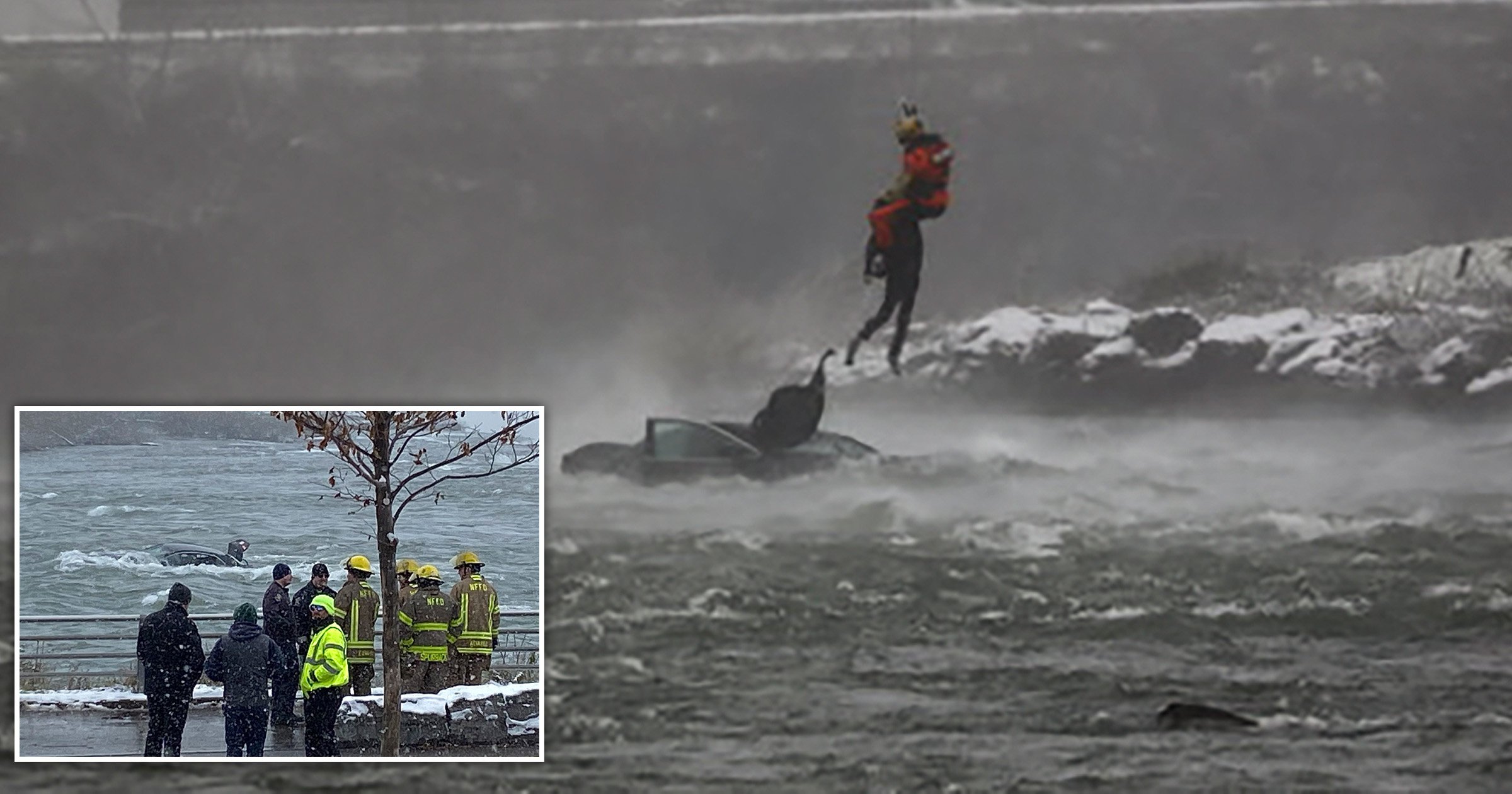 One person was found dead following a dramatic scene on the Niagara River Wednesday, where a submerged car teetered on the edge of Niagara Falls.

A US Coast Guard diver was lowered into a submerged vehicle stuck in rushing rapids just yards from the brink of Niagara Falls on Wednesday afternoon. After getting lowered down from a helicopter hovering above, the diver pulled the body of a woman in her 60s from the car.

She was the vehicle’s only occupant, New York’s State Parks Police said.

Photos and videos taken by bystanders showed the car almost completely submerged, with only part of the roof and open boot visible through the white water in the early afternoon.

Following the rescue, the vehicle remained about 50 yards from the brink of the American Falls, one of three waterfalls that make up Niagara Falls.

Authorities said the woman lived in the area. Her name has not been released pending notification of relatives.

‘We’ve never had a vehicle in the water this close to the brink,’ Rola said.

While awaiting help from the Coast Guard, a drone was used to determine how many people were stuck inside the vehicle.

It’s unclear exactly how the car became submerged in the Niagara River, though roads in the area were reportedly slippery as a light snow fell. State Parks Police are working with other agencies to determine the safest way to remove the vehicle from the water.

Police are investigating the incident.

This is a breaking news story check back for updates…