A dog owner was left in shock when her puppy flung a squirrel at her after she told him to ‘drop it’.

Alie Knights was walking her dog Copper when he caught a squirrel in his mouth. Knights rushed to her pet and ordered him to ‘drop it’, which the dog may have been too eager to do.

Video of the incident shows the obedient dog dropping the rodent with such force that it flung through the air and landed on his owner.

Knights’ screams are captured in the video, which shows the squirrel clinging to her sweater before the stunned pet owner shakes it to the ground. 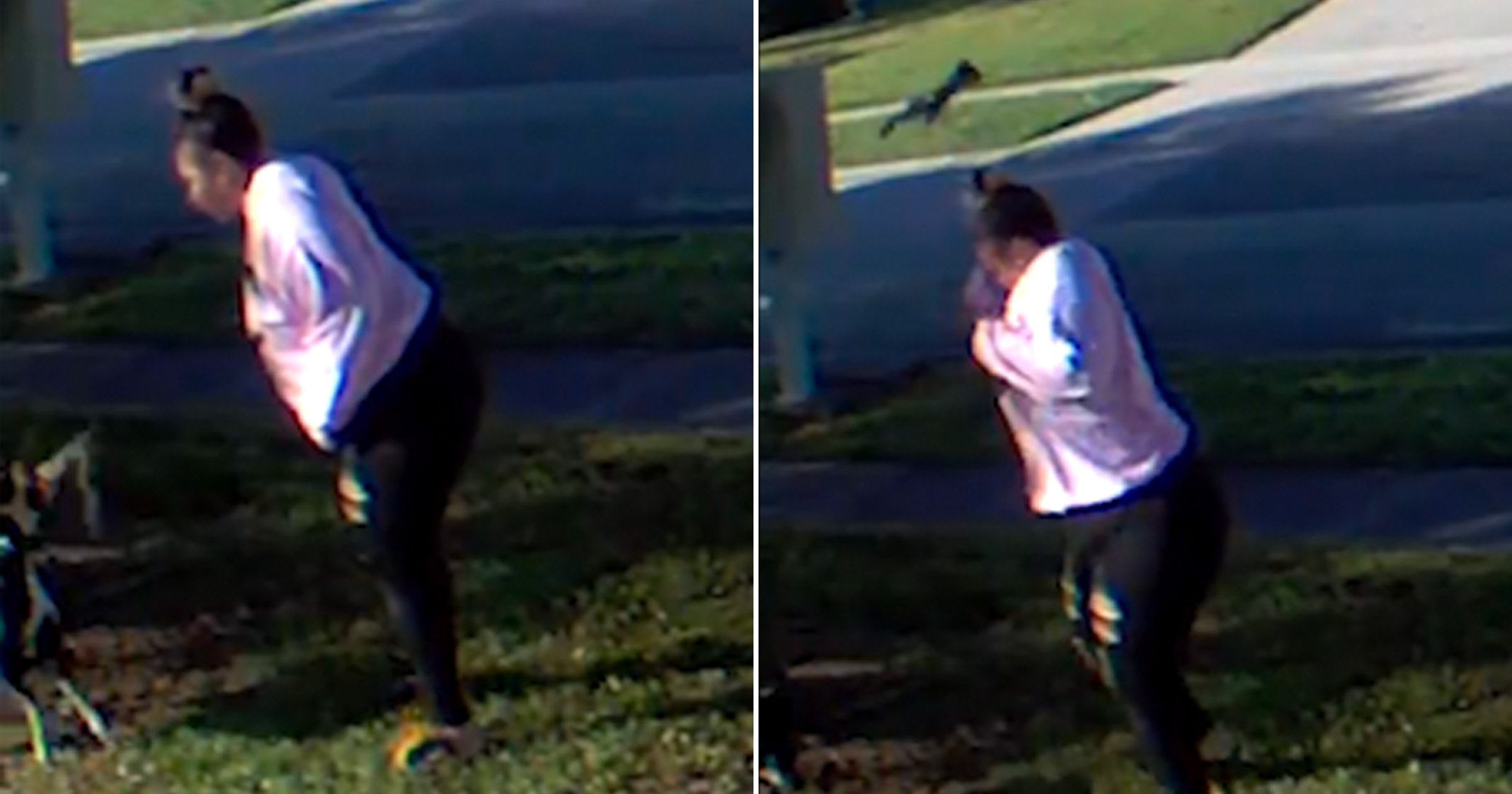 ‘On Halloween day my dog Copper caught a squirrel. I told him to drop it and he threw it on me,’ the woman from Kissimmee, Florida, just south of Orlando, told ViralHog.

ViralHog’s post of the video, titled Obedient Dog Yeets Squirrel Onto Unsuspecting Owner, has garnered thousands of views and dozens of comments.

Following the extraordinary scene, Internet spectators took to social media to share their amusement, with one describing the scenes as ‘gold’.

Many were quick to point out that while Knights told the dog to ‘drop it’, she never told him where.

One person commented, ‘The more I watch that the more I realize he did that on purpose’.

Another agreed: ‘He knew what he was doing.’

Someone else added: ‘It just gets funnier and funnier every time I watch it.’

Elsewhere one viewer wrote: ‘I don’t think I will ever stop laughing.’

Knights isn’t the first dog walker to come across an oddball squirrel.

Sarah Lenzenhuber was walking her dog outside of her Missouri apartment when she came across a muscular-looking squirrel with a larger than average nut sack. Stopping in her tracks, Lenzenhuber shared pictures of the creature to Facebook.

Social media users complimented the squirrel for its physique.

‘His nuts are bigger than my partner’s’, one Facebook user wrote.

Another person commented: ‘Wow, he’s got quite the stockpile of nuts for the winter.’

McMaster corpse flower is about to bloom